Secretary Yasay addressing the members of the Filipino community in Madrid.

Secretary of Foreign Affairs Perfecto R. Yasay, Jr. received a warm welcome from the Filipino community in Madrid in a meeting held at the Parroquia Basilica de la Virgen de Milagrosa on 28 February 2017.

The Secretary began his speech by conveying that he is under instruction from the President to listen to and address the concerns of Overseas Filipinos, wherever he travels.

He then took the opportunity to brief the community on the policies and programs of the administration of President Rodrigo Duterte, particularly those that pertain to overseas Filipino workers. He provided updates on the status of the bill seeking to extend the validity of the Philippine passport from 5 to 10 years, the administration’s anti-drug campaign, and its thrust to ensure economic development that will benefit all sectors of society, including the marginalized ones.

He emphasized that the Durterte administration is determined to ensure that there will be jobs available for Filipinos and that Filipinos would go abroad only as a matter of choice, and not because they are driven by economic necessity to find jobs outside the country.

He also reminded the community of the importance of complying with the laws of their host country. 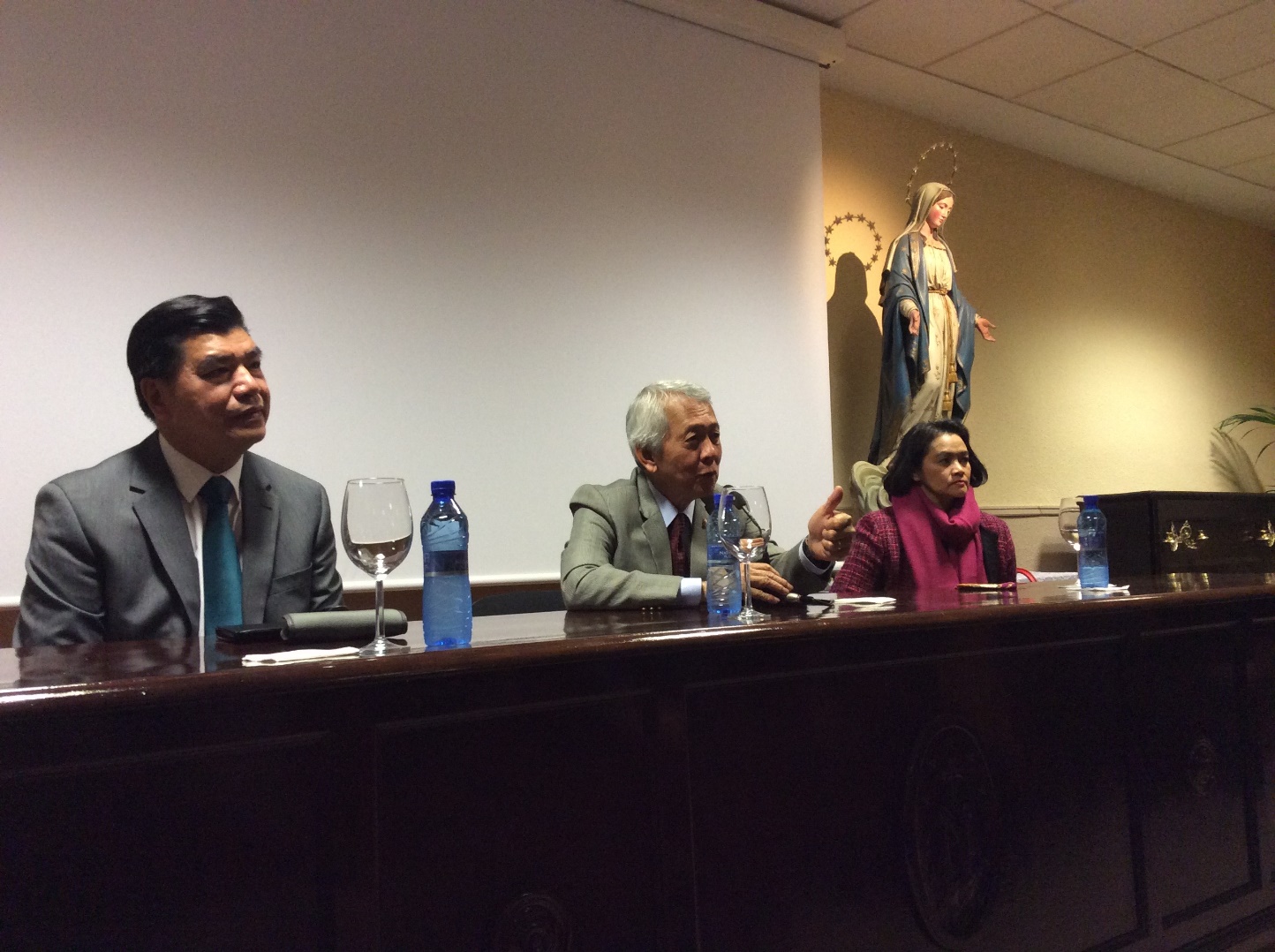 The Secretary engaged the Filipino community in an open forum, where he answered a range of questions covering economic, political and socio-cultural matters. Among the questions he addressed were those on measures undertaken by the administration to attract more foreign direct investments for job creation, the status of the West Philippine Sea dispute, his personal point of view on the death penalty, and a request for the possible creation of an office of the Commission of Filipinos Overseas in Europe.

The Secretary also received words of encouragement and expressions of support from members of the community.