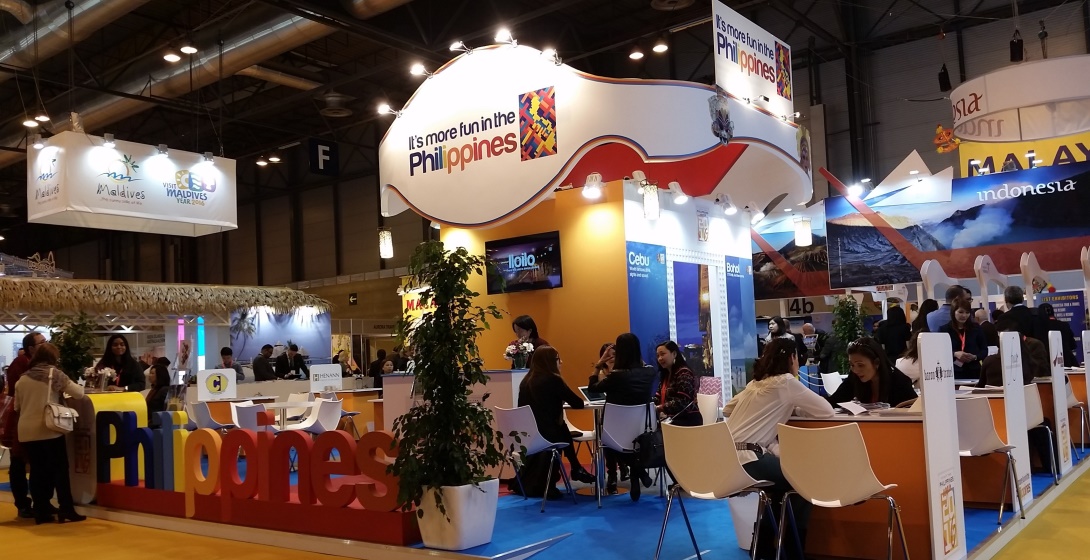 The Philippine Pavilion at the FITUR

The Philippines made waves as it promoted the “Visit the Philippines Again in 2016” campaign at the 36th edition of the Feria Internacional de Turismo (FITUR).  FITUR is said to be the most important business and promotion forum for the international tourism industry.  This edition registered a record participation of 9,500 companies from 165 countries and regions.

Philippine Ambassador to Spain Carlos C. Salinas notes, “The participation of the Philippines this year is bigger compared to last year, in terms of the size of the pavilion and the number of companies in the Philippine tourism industry that joined. The Philippines’ showing in FITUR was truly impressive and, for this, we can expect to see more interest in the Philippines from the Spanish market and the international market as well.”

The Philippine pavilion served as a venue for business-to-business meetings in the first three days of the fair and for consumer awareness and promotional activities in the succeeding days.

As part of its promotional efforts, the Philippines indulged its audience in a multi-sensory offering of music, entertainment and food. 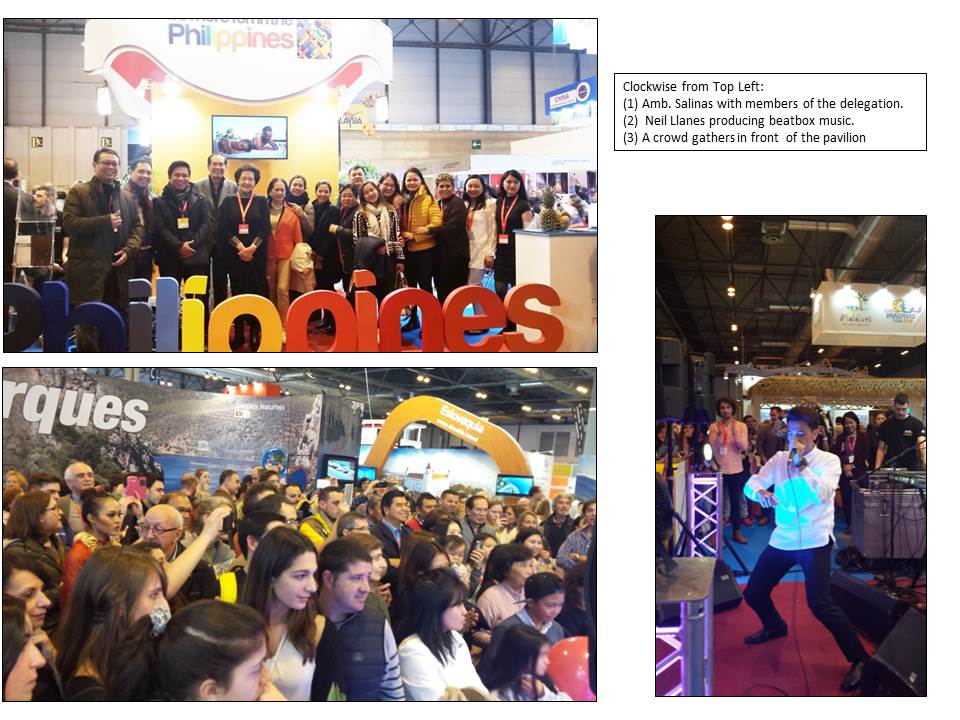 It featured the award-winning talent of “the human beatbox” Neil Rey Llanes, who awed the audience by simultaneously producing five beatbox-type sounds just from his vocal chords. 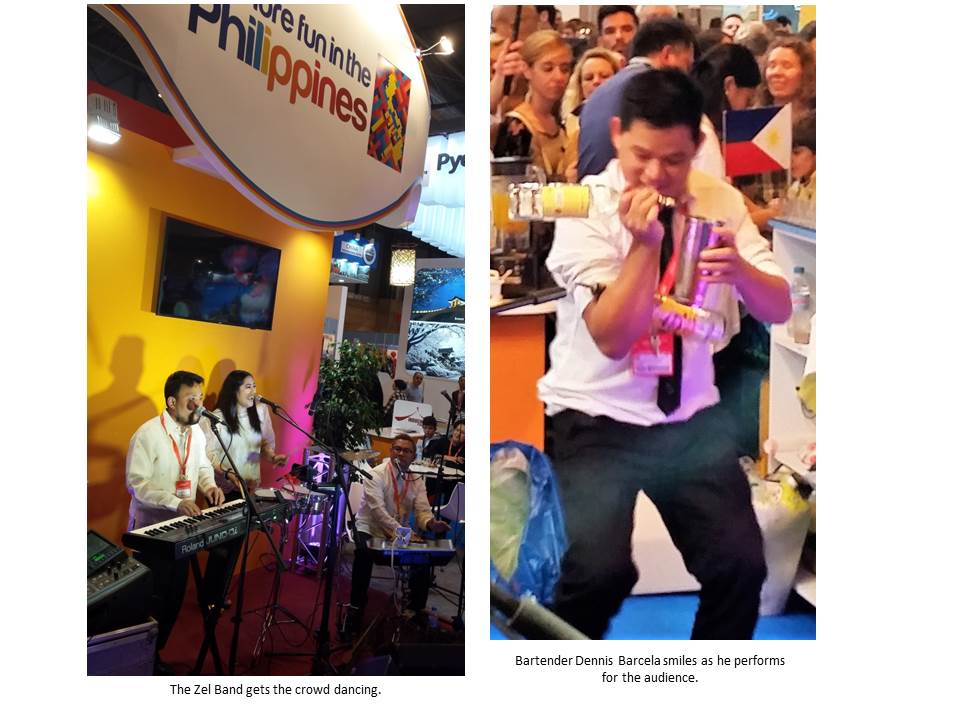 The Philippine pavilion also featured pop songs rendered by the Zel Band which the crowd danced to.   The crowd also flocked to witness the flair with which bartender Dennis Barcela prepared refreshing Philippine-style cocktails.

People of all ages also queued to get a taste of Philippine ice cream served from an authentic “sorbetero” cart.  A sampling of Filipino food was also served.

FITUR is an annual event organized by Institucion Ferial de Madrid with the support of, among others, the United Nations World Tourism Organization and the Spanish Ministry of Industry, Energy and Tourism.