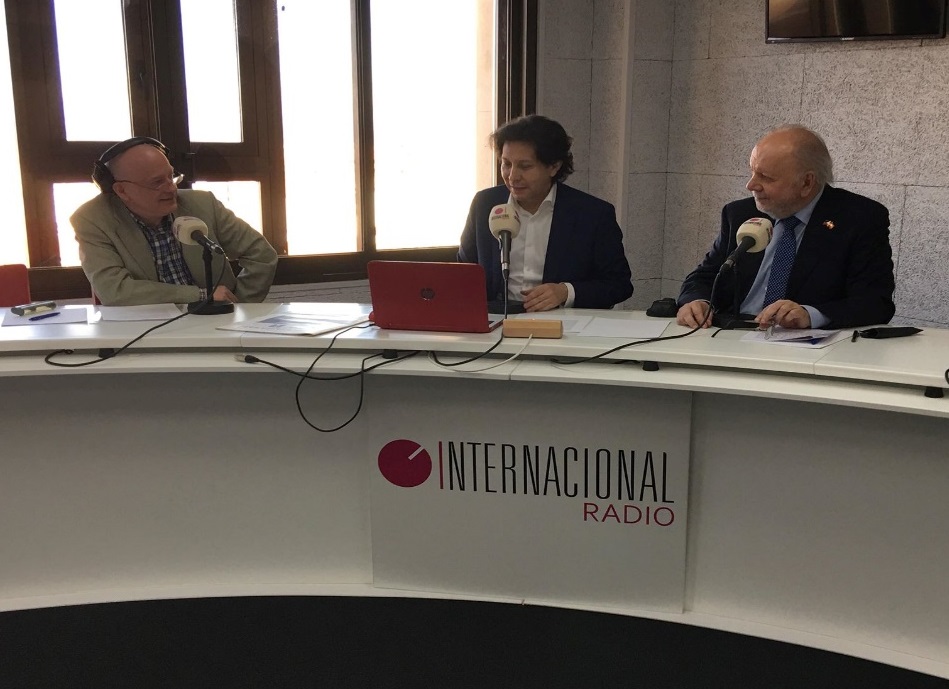 Ambassador Philippe J. Lhuillier stepped up the Embassy´s public diplomacy campaign with an interview on Spain´s Radio Internacional in Madrid on 23 February 2018.

During the interview, the Ambassador highlighted the special relationship between the Philippines and Spain, their shared history and cultural heritage, as well as the current state of their political, cultural, trade and economic cooperation.  He also conveyed his optimism that exchanges between the two countries will further soar to new heights as there are still more unexplored opportunities, particularly in trade, investment and tourism.

The Ambassador also informed the Spanish listeners that the Philippine government is currently engaged in various infrastructure improvements, through the President´s “Build, Build, Build” program, to further expand its competitiveness.  “With the implementation of Tax Reform for Acceleration and Inclusion (TRAIN) law, which will partly fund the government´s infrastructure projects, all engines are set to a more dynamic economy”, the Ambassador said.

He also stressed that his optimism is also due to the fact that 2018 is predicted to be a bright year for the Philippine economy.  After ending 2017 with a growth of 6.7%, which was well within the annual target of 6.5% – 7.5%, the Philippines is expected to become the fastest growing economy in the Association of Southeast Asian Nations in 2018, predicting an annual growth of at least 7.5%.

In addition, the Ambassador also underlined his programs and projects for the Philippine Embassy and the Filipino community in Spain.  He assured the listeners that political, tourism and cultural promotion and cooperation in Spain are part of his long-term goals for Philippine-Spanish relations.

Radio Internacional is a Madrid-based Spanish radio station which presents international news and information and is widely listened to in various Spanish-speaking countries.  It has an influential platform which usually deals with economic, commercial, cultural and social exchanges with different nations.

The Ambassador´s interview is part of the Embassy´s aggressive media campaign and promotion program to bring Philippine-Spanish relations to a higher level.