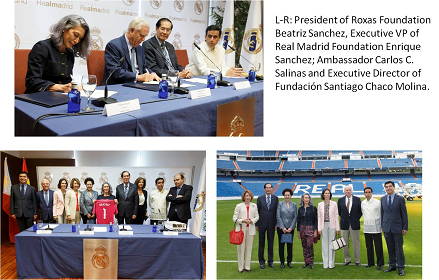 During his brief remarks, Ambassador Salinas lauded the project of the two foundations, saying that the children will not only develop their talents but, at the same time, they will also acquire values, characters and discipline in the course of their training, which will eventually help them to succeed in the future. Ambassador Salinas also added that initiatives such as this add impetus to the ongoing revitalization of the Philippine sports sector