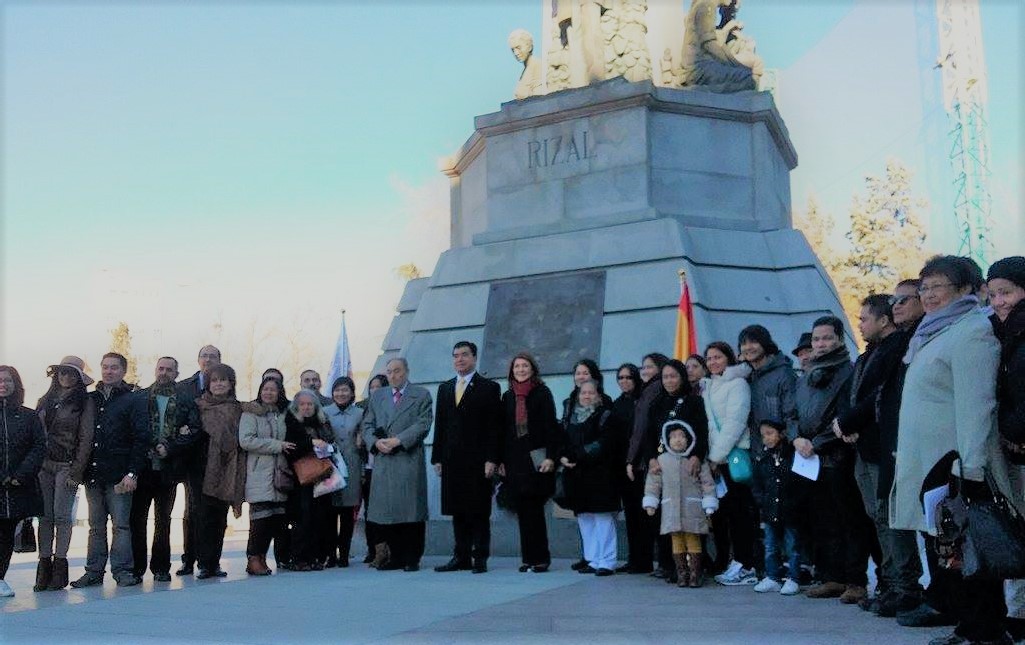 The Filipino community, together with the officers and members of the Order of the Knights of Rizal and Philippine Embassy officials, commemorated the 120th death anniversary of Dr. Jose Rizal at the Avenida Islas Filipinas in Madrid last 30 December 2016.

Ateneo de Madrid is a private cultural institution which was founded in 1835.  Rizal became a member of this institution during his stay in Madrid in the late 1800s, and it was there where he studied English under the supervision of a certain Mr. Schüts. 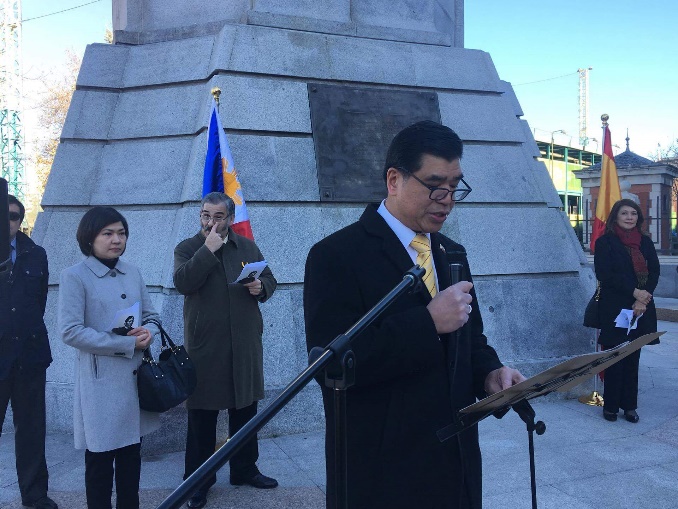 CDA Fernandez, in his message, centered on Rizal as an advocate of peace.  He mentioned that while Rizal “could not tolerate oppression and fought against those who perpetrated oppression, he did not resort to violence in order to achieve that objective”.  He then called on his audience to bear in mind that “violence cannot bear any good fruit” and encouraged everyone to strive to be channels of peace in their own little ways.

Mr. Navarro, for his part, talked about his admiration for Rizal’s brilliance, having been both a man of the arts and a medical professional.  He also spoke about Rizal’s convictions and how these altered the course of history.

The event concluded with the reading of the poem “Mi Ultimo Adios” by Asociación Galeón de Manila President Javier Ruescas.   “Mi Ultimo Adios” was written by  Rizal on the eve of his execution by firing squad on 30 December 1896.