By Ralf G. Roldan and Raisa A. Mabayo[1]

Any person, whether Filipino or not,  who has undergone a class on Jose Rizal, or heard or read about him, would know that Madrid, the Spanish capital, played an important role in the life of the Filipino hero.

It has been over 130 years since Rizal set foot in Spain, yet he left tangible reminders of his momentous stay in Madrid and in Spain in general.

His monument in Madrid, a replica of the Luneta monument in Manila, stands proudly at the junction of Avenida de las Islas Filipinas and Calle Santander. Built in 1996, the monument continues to be the venue of commemorations associated with Rizal, such as the Commemoration of the Birth Anniversary of Rizal every June 19 and the Rizal Day Celebration in December 30, participated in by the Filipino community in Madrid, the Knights of Rizal–Madrid Chapter, and Philippine Embassy officials. 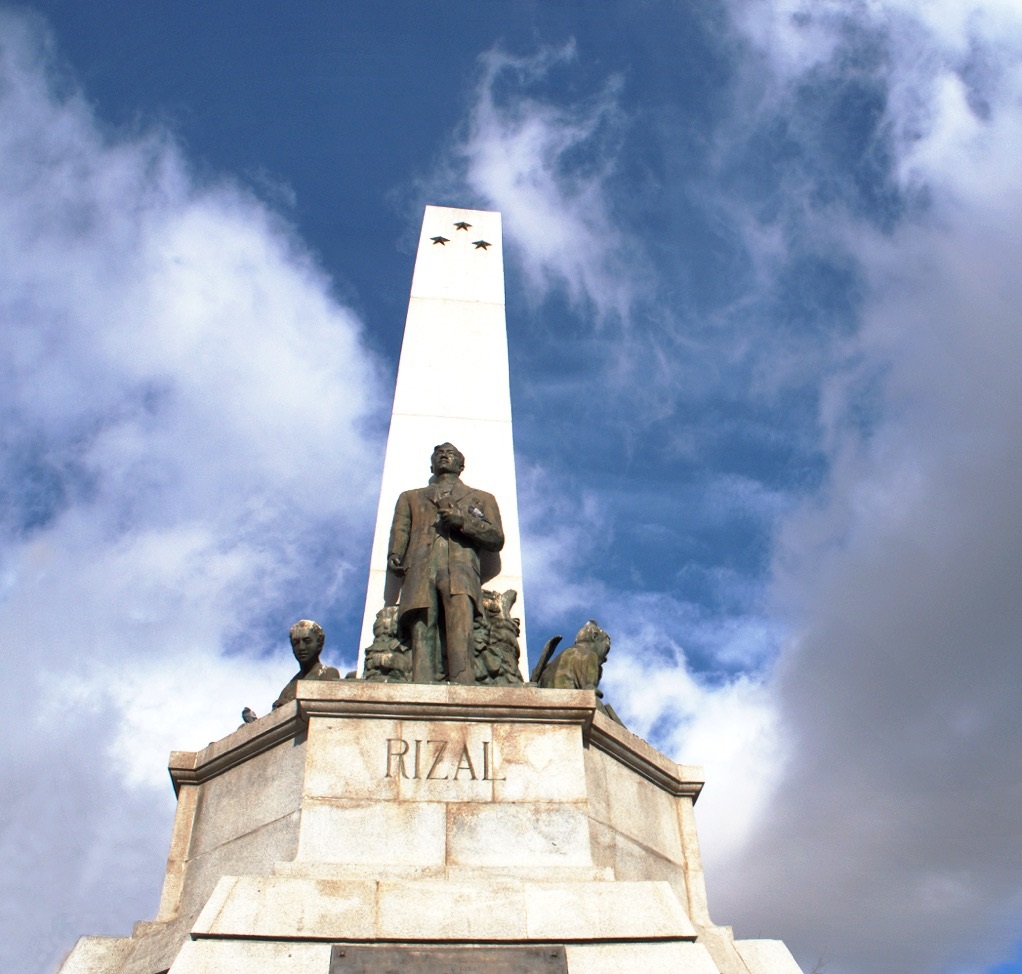 For any Filipino visiting Madrid, the tour of the Rizal Monument becomes an obligatory homage to one of the greatest Filipinos to have lived in Spain. Of the innumerable connections that the Philippines has with Spain, it is Rizal that endlessly connects Madrid to Filipino tourists.

“We receive many inquiries on Rizal from Filipino tourists, and we direct them to our ‘Rizal Guide’ which is downloadable from the Embassy website,” says Philippine Ambassador to Spain, Philippe J. Lhuillier.

“We are amazed by the undying interest in Rizal from many Filipinos visiting Spain,” added Ambassador Lhuillier.

The “Rizal’s Madrid” tour as published on the website of the Philippine Embassy in Madrid details the places associated with Jose Rizal.

Very soon, however, an addition to Rizal landmarks in Madrid will be a street named after him. What was formerly Calle de Algabeño in Barrio de Hortaleza has now been renamed Calle de Jose Rizal on the basis of a Madrid City Hall resolution. 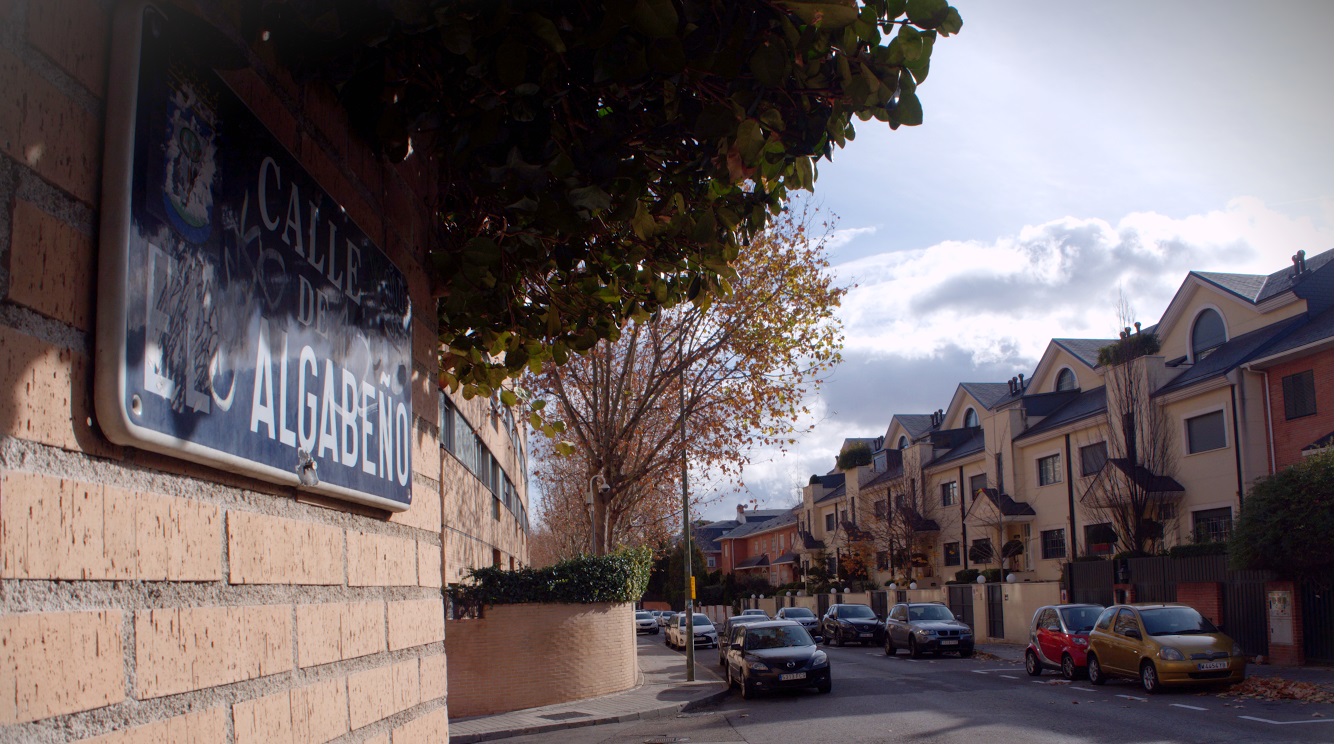 On 04 May 2017, the Governing Board of the City of Madrid approved changing the name of certain streets, squares and crossings in Madrid, replacing them with alternatives contained in a report dated 24 April 2017 issued by the Commission on Historical Memory, in application of the provisions of Law 52/2007 of December 26 (otherwise known as the Historical Memory Law), which mandates the removal of coats of arms, insignias, plaques, and other objects or commemorative mentions of the personal or collective exaltation of the military uprising, Civil War and the Franco dictatorial repression.

Consequently, fifty-two plazas and streets in Madrid were renamed. Rizal’s name was among the illustrious list of Spanish and foreign historical figures and events that conformed with the criteria set by the Commission. Rizal joins prominent women leaders, notable educators, and literary figures among the new names for inclusion in the post-Franco Madrid map.

In the document issued by the Commission, the justification it provided for renaming the street “Calle de Jose Rizal” reads:

“Filipino intellectual, educated in Spain and other European countries, polyglot and author of two famous novels in Spanish which were critical of the action of the clergy and colonial authorities in the archipelago. Concerned about the future of his country, he advocated administrative reforms and economic progress for the same. According to his plan, his country should become a Spanish province with full representation in the courts. There should also be an increase in the participation of the native clergy in the ecclesiastical administration of the islands, and the establishment of  freedom of assembly and expression and equal legal status between the Filipino and Spanish populations. But Rizal never advocated the armed insurrection against Spain that was launched by the Katipunan movement, which Rizal opposed until the end. Despite this, in 1896, he was accused of being the inspirer of the revolt and shot by the Spanish authorities in 1896. Today, he is the national  hero of the Philippines.”

While the physical street signs have not been changed yet, the new street names are now being used by the local government and in many business addresses.

“We welcome the renaming of a street in Madrid to Calle de Jose Rizal. It goes to show that Rizal´s heroic deeds for his country are recognized universally,” said Ambassador Lhuillier.

“I am proud to say that aside from erecting a replica of Rizal´s monument in 1996, the recent renaming of a street in Madrid to Calle de Jose Rizal is not only an honor but also a show of respect and great admiration of the City of Madrid to our National Hero. We Filipinos here in Madrid and of course in Spain would like to express our gratitude to the Spanish people for this great honor. This strengthens once again the ties that bind Spain and the Philippines,” said Florencio Aliganga, Vice Commander of the Knights of Rizal –La Solidaridad Chapter in Madrid.

Although the Philippines and Spain commemorate 70 years of formal diplomatic relations this year, Rizal and the interest in him from Spaniards and Filipinos alike, are proof that the relationship between the two countries and its peoples has been longer, deeper and more dynamic than is formally acknowledged.

Indeed, Rizal did not just leave his footprints in Madrid. He also galvanised his place in Spain’s history as an inspiring figure whose ideals continue to resonate up to this time.

[1] The authors are career diplomats both serving as Third Secretary and Vice Consul of the Philippine Embassy in Madrid.