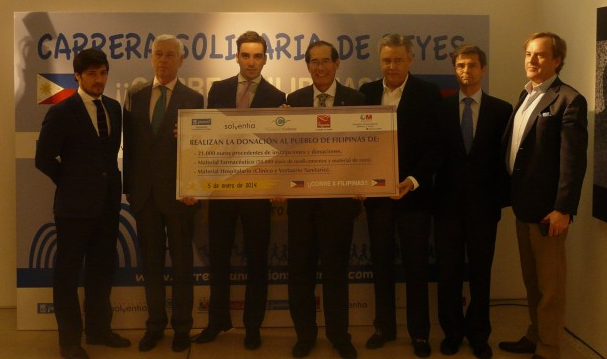 17 February 2014 – The Philippine Embassy in Madrid reported that Philippine Ambassador to Spain Carlos C. Salinas received on behalf of the Philippine Government and the Filipino people a substantial donation for the victims of typhoon Haiyan generated from a marathon fundraising event held in Madrid on 5 January 2014 organized by the Municipal Board of Fuencarral-El Pardo in collaboration with Fundación Solventia. The turn-over ceremony was held on 13 February 2014 in Madrid.

In addition to the abovementioned cash donation from the marathon event, there was also a symbolic turn-over of 50,000 dosages of medicines from Fundación Cofares and hospital equipment from Hospital Universitario Ramon y Cajal of Madrid.  Beneficiaries of the medicine and hospital equipment are yet to be determined. 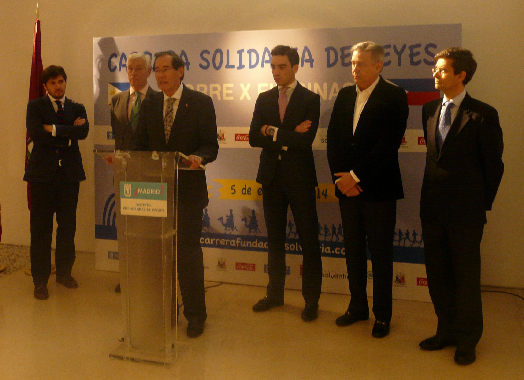