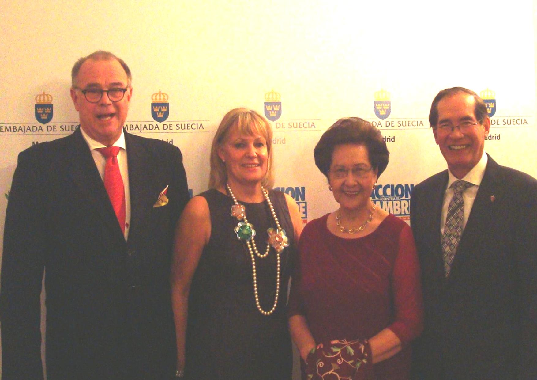 The benefit dinner was mainly organized by Spanish NGO Acción Contra el Hambre (ACH) in coordination with the Philippine and Swedish Embassies in Spain. All proceeds of the charity dinner will go to Typhoon Haiyan-related projects of ACH in the Philippines.

Ambassador Julin opened the night´s festivities with remarks recounting how the benefit dinner came about and that it all stemmed from a need to show solidarity to those affected and make a difference in their lives. 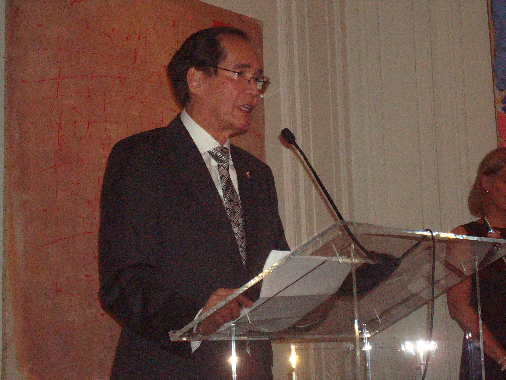 In his remarks, Philippine Ambassador Carlos C. Salinas thanked the Swedish Ambassador and the ACH for organizing such event for all those affected by Typhoon Haiyan.

He further conveyed the appreciation of the Philippine Government and the Filipino people for the overwhelming response of the Spanish people to the tragedy.
Ambassador Salinas also took the opportunity to screen the newly-released Department of Tourism (DOT) presentation entitled “The Philippines says Thank You” which was warmly received by all the guests. 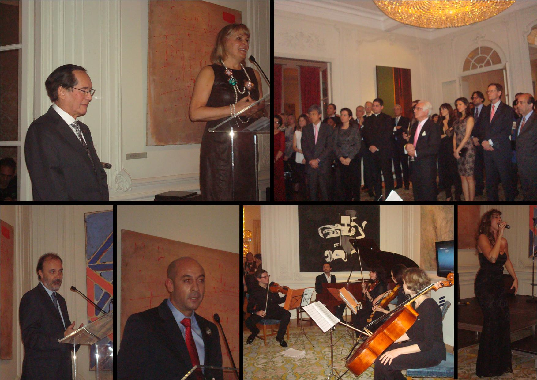 Secretary of State for International Cooperation and Ibero-America Jesús Manuel Gracia Aldaz confirmed the Spanish Government´s continued support of reconstruction efforts of the Philippine Government in spite of the current economic crisis in Spain.

The dinner, which featured Swedish and Filipino inspired food and desserts, was prepared by two Michelin-star Spanish chef Sergí Arola.   Spanish composer Juan Antonio Simarro, Rebeka Brown, a famous Spanish singer, and Laura Pamplona and her band entertained the guests during the dinner.

The organizers also raffled off prizes, including trips to the Philippines and Sweden, as a way of enticing guests to buy more tickets to the dinner benefit.

The dinner was attended by high-ranking officials from the Ministry of Foreign Affairs and Cooperation (MAEC), members of the diplomatic corps, officials of key Spanish companies with interests in the Philippines, popular Spanish artists and TV personalities.