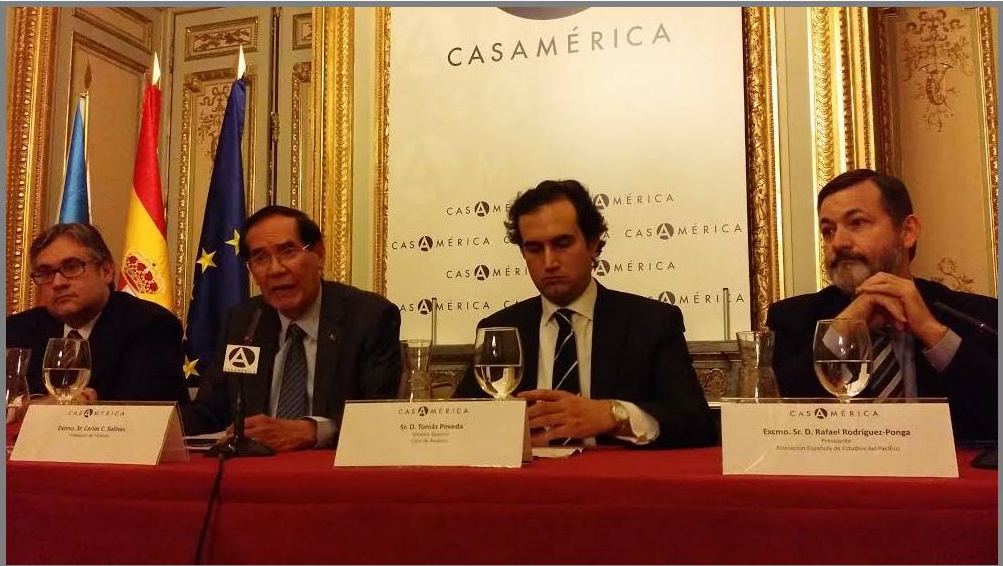 29 January 2015, Madrid – Ambassador Carlos C. Salinas participated in a roundtable discussion entitled “The Philippine-Hispanic Relations, then and now” held in Casa America on 28 January 2015. The said event is part of the series of activities organized by Casa America for 2015 in commemoration of the 450th Anniversary of the beginning of the Manila Galleon.

Ambassador Salinas was accompanied in the roundtable discussion by Mr. Rafael Rodriguez-Ponga, Secretary General of Instituto Cervantes and President of the Spanish Association of Pacific Studies which is an organization of Spanish filipinistas, and Mr. Juan Manuel de Prada, a popular novelist in Spain and author of the book “Morir bajo tu cielo”, which talks about the events of the Siege of Baler. Casa America Director Tomás Poveda was the event´s moderator.

In his remarks, Ambassador Salinas presented the Philippines as a key port for all the countries involved during the years of the Galeon de Manila; recognized the role of the Galeon de Manila for the presence of Hispanic cultural influences in the Philippines; highlighted the fact that Filipinos, both seamen and shipbuilders, have been an important part of the naval industry since the Galeon de Manila, and proudly noted that Filipinos earned the reputation “Ablest Asiatic Seamen” or Asia’s most able seafarers—a reputation that, based on current statistics, we still hold.   At present, one out of every four seafarers on international vessels is a Filipino. Filipinos have become the seafarer of choice worldwide and comprise more than 25 percent of 1.5 million mariners worldwide, the “single biggest nationality bloc” in today’s shipping industry.

Mr. Rodriguez-Ponga´s intervention recounted the role of Spain in the Galeon de Manila and emphasized that the Manila Galeon was not only a commercial route transporting goods, but it was a maritime route that provided an avenue for the interchange of language, culture, and religion among the seamen on board from the different continents, and that the best way to understand the Philippines is to learn and know the Filipino language.

In Mr. Prada´s intervention, he shared some of the interesting stories from his latest novel. He also lamented the loss of the Spanish language in the Philippines. 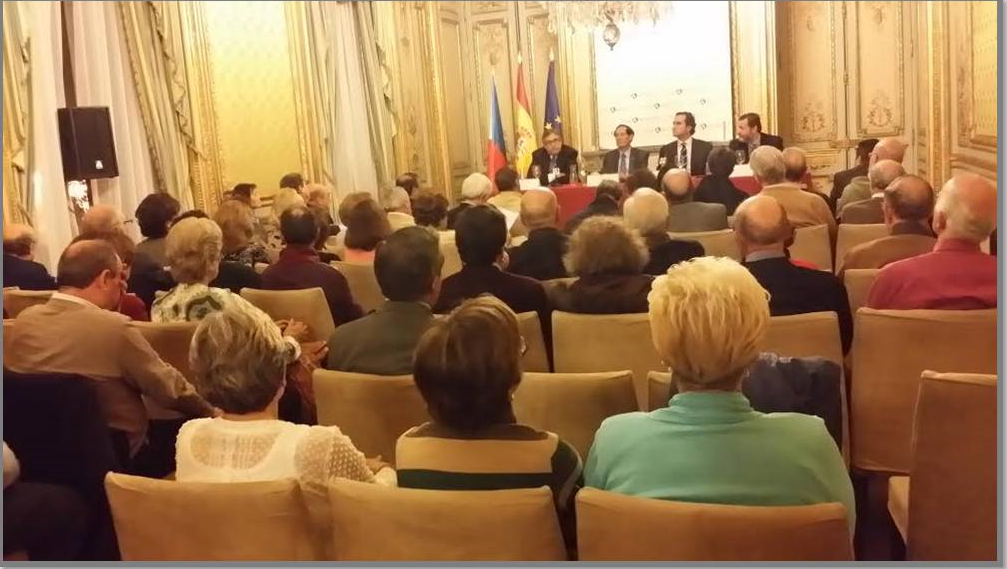 The roundtable discussion was followed by a Q&A. The crowd was represented by members of the academe, Association of the Manila Galleon and private individuals