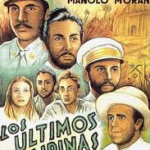 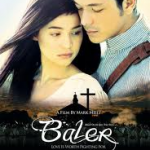 A screening of “Los Ultimos de Filipinas,” the popular 1945 Spanish film by Antonio Román, was also held on 19 November 2012.

The screenings at the Academia de las Ciencias y la Artes Cinematográficas mark the first time that both films were presented together in one Festival.

The “Baler” screening was followed by a lecture on the historical basis of the movie by Mr. Jesus Valbuena, an avid historian and a descendent of one of the 33 Spanish soldiers who survived the famous Siege of Baler 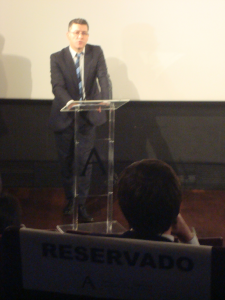 The Siege of Baler began on 30 June 1898 with 54 Spanish soldiers barricading themselves at the Church of Baler.  The Church was quickly transformed into a fort with sentries guarding strategic locations and snipers positioned at the Church´s belfry.

The Siege ended almost after a year of skirmishes between the Spanish soldiers and the Katipuneros on the morning of 02 June 1899.  Out of the 54 original Spanish soldiers who entered the Church, only 33 of them survived.  Some died of wounds and diseases and a number deserted the Spanish army.

Surprisingly, the men who surrendered were not met with hostility or punishment.  The Filipinos in the area welcomed them as friends and gave them food and clothing.  On 30 June 1899, President Emilio Aguinaldo decreed that the survivors of the Siege of Baler be treated as friends and be given safe passage to travel back to Spain.  “Los Ultimos de Baler,” as they were subsequently called, arrived in Barcelona on September 1899

The screenings and the lecture were organized by the Philippine Embassy in Madrid, in cooperation with the Semana de Cine Experimental de Madrid, the Academia de las Ciencias y las Artes Cinematográficas, and the Office of Senator Edgardo J. Angara.