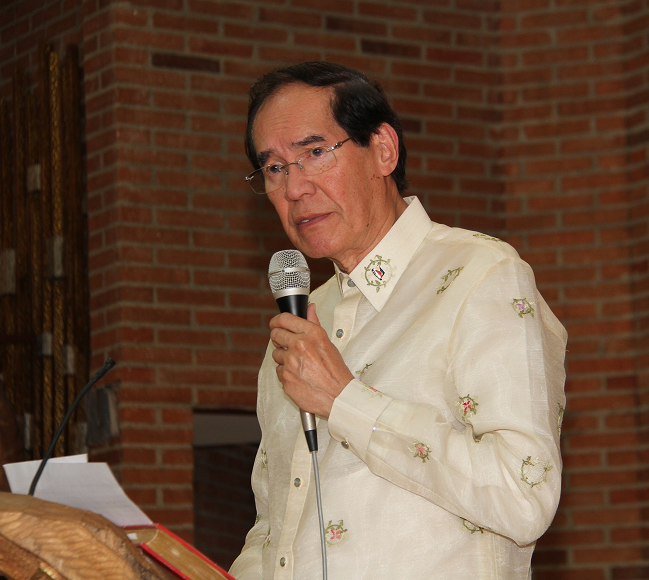 The Philippine Embassy offered a Holy Mass at the Nuestra Señora del Espino in celebration of the 117th Anniversary of Philippine Independence. The Mass was celebrated by Rev. Fr. Remigio Domino, SVD.

In his message, the Ambassador stated, “As we gather here today we look back at our history with a sense of pride that we have overcome, and a sense of hope that we would have the conviction to persevere. We pay homage to the giants on whose shoulders we now stand: the Katipuneros, Dr. Jose Rizal, Andres Bonifacio, and especially the common folk who are, essentially, the might of the fight for Philippine independence. As I often say, it ultimately is the everyday people who unite, boost each other up, and work hard to improve their realities who are the true heroes.”

He noted that the economic achievements that the Philippines continues to gain serve as an affirmation of how far the country has gone and gives birth to the renewed hope of Filipinos for a brighter future now on the horizon.

The mass was attended by 300 members of the Filipino community in Madrid.

The Holy Mass is the second of a series of activities organized for Mes Filipino 2015.