The Philippine Embassy in Madrid, in coordination with Instituto Cervantes, conducted a roundtable discussion, entitled “Creating Bridges (1565-2015): 450 Years of Spanish-Philippine Relations,” in commemoration of the 450th anniversary of the arrival in the Philippines of Spaniards Miguel López de Legazpi and Fr. Andres de Urdaneta. 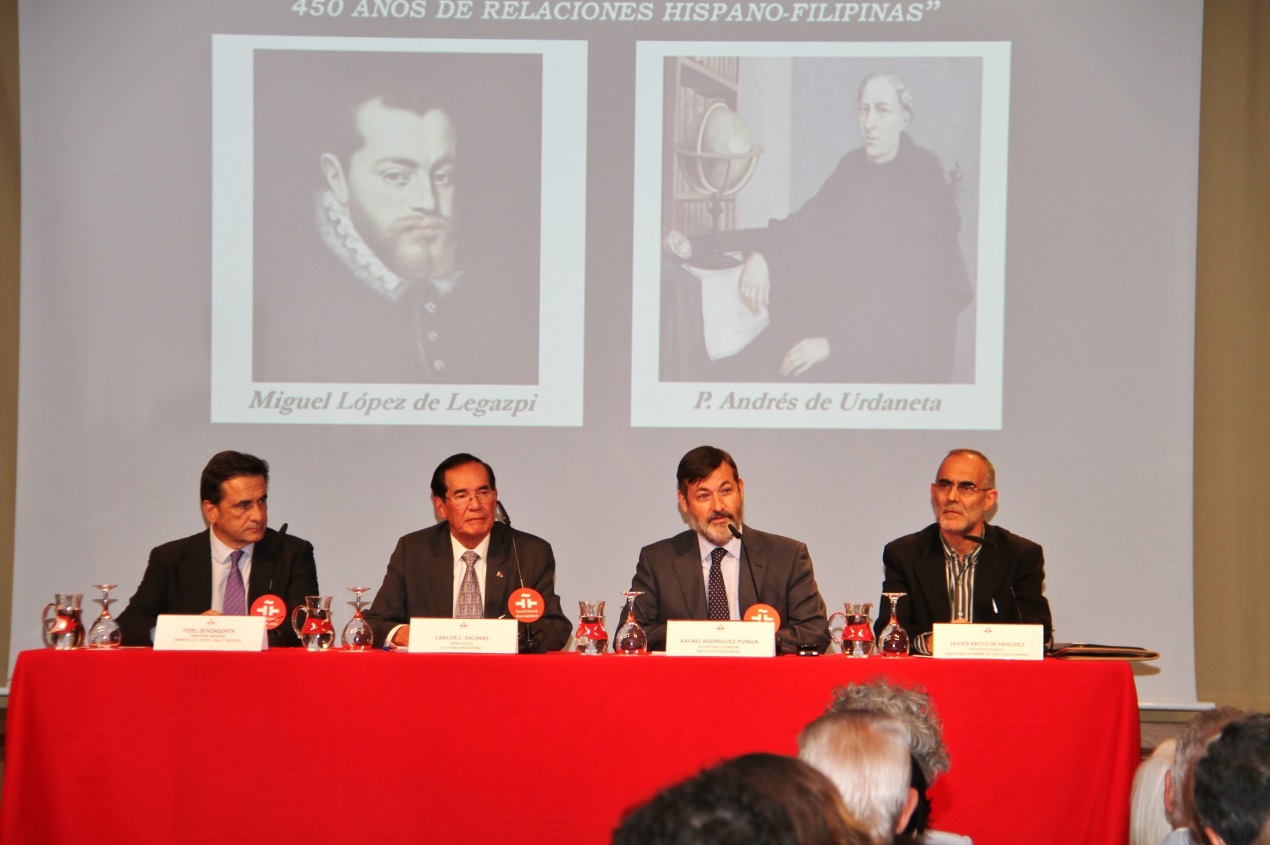 The discussion was opened by Instituto Cervantes Secretary General Rafael Rodriguez-Ponga and the Prior Provincial of of the Holy Name of Jesus in the Philippines, Rev. Fr. Javier Antolín Sánchez, O.S.A.

Ambassador Carlos C. Salinas, in his message, paid homage to Miguel López de Legazpi, the Basque explorer who established the first Spanish settlement on the site of modern Cebu and Fr. Andres de Urdaneta, an Agustinian priest who assisted López de Legazpi as the navigator of the expedition. He noted that these explorers “upheld ideals that might seem naive and ideas that start out as improbable, but in the end have made the world a better place and humanity, braver, wiser, and stronger.” 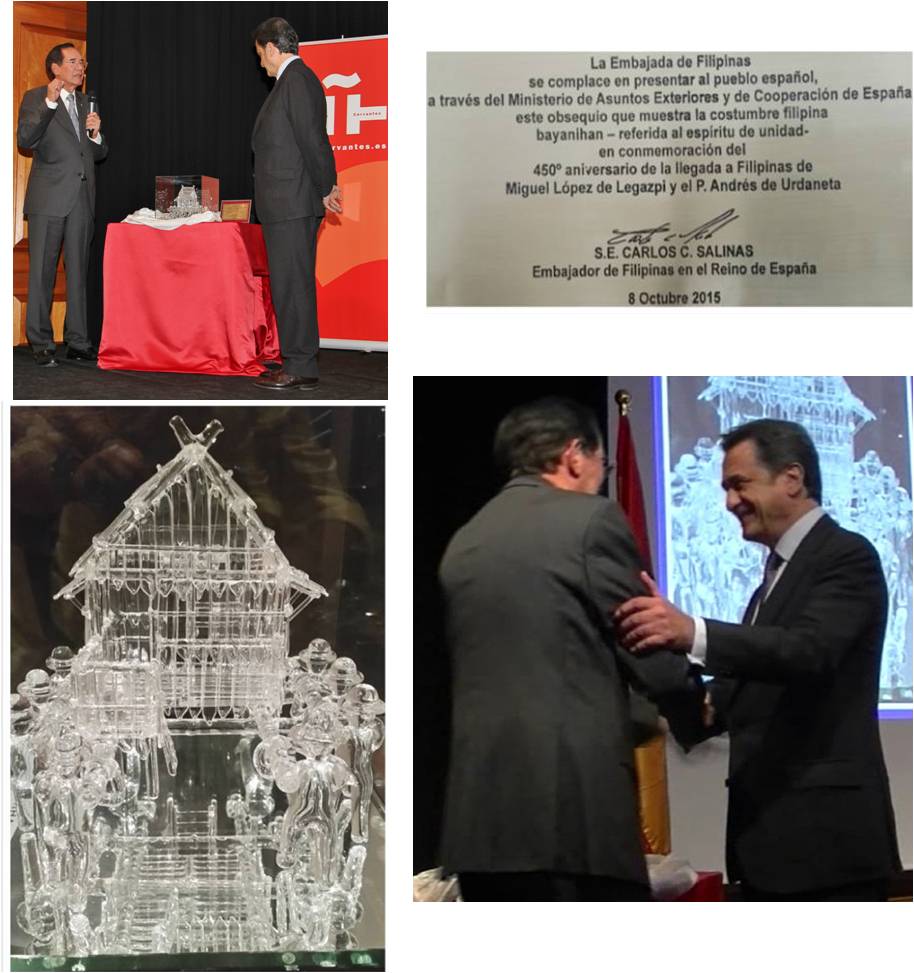 The glass sculpture and its inscription, (unofficial English translation: The Embassy of the Philippines is pleased to present to the people of Spain, through the Ministry of Foreign Affairs and Cooperation of Spain this gift which demonstrates the Filipino custom “bayanihan” – which refers to the spirit of unity- on the commemoration of the 450th Anniversary of the arrival in the Philippines of Miguel López de Legazpi and P. Andrés de Urdaneta).

For the occasion, the Ambassador presented a glass sculpture to Mr. Fidel Sendagorta Gómez del Campillo, Director General of the Spanish Ministry of Foreign Affairs and Cooperation.  The sculpture is of the Filipino custom of “bayanihan” which depicts the value of uniting for a common cause. 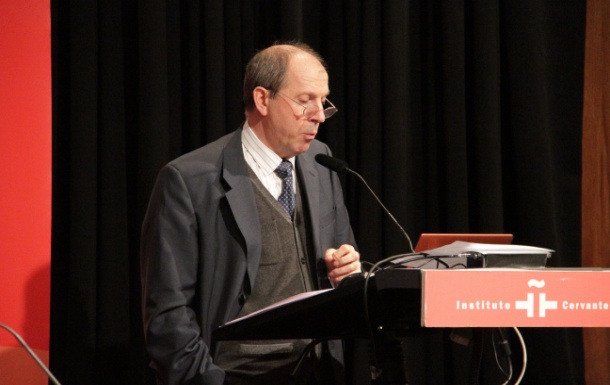 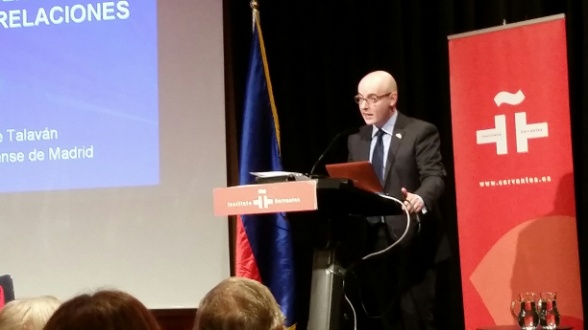 The main speakers, Father Blas Sie rra de la Calle, O.S.A,  Director of the Museo Oriental in Valladolid and Professor Miguel Luque Talaván
of the Universidad Complutense de Madrid, expounded on the depth and breadth of the interaction and between the two countries.

Prof. Luque, on the other hand, emphasized the trade and commerce brought about by the circumnavigation of the world.  He talked about the interaction of cultures among Philippines, Mexico and Spain as a result of the Galeon trade.

The Salon de Actos of the Instituto Cervantes was filled with guests from the academe, the Filipino community, Philippine history enthusiasts.