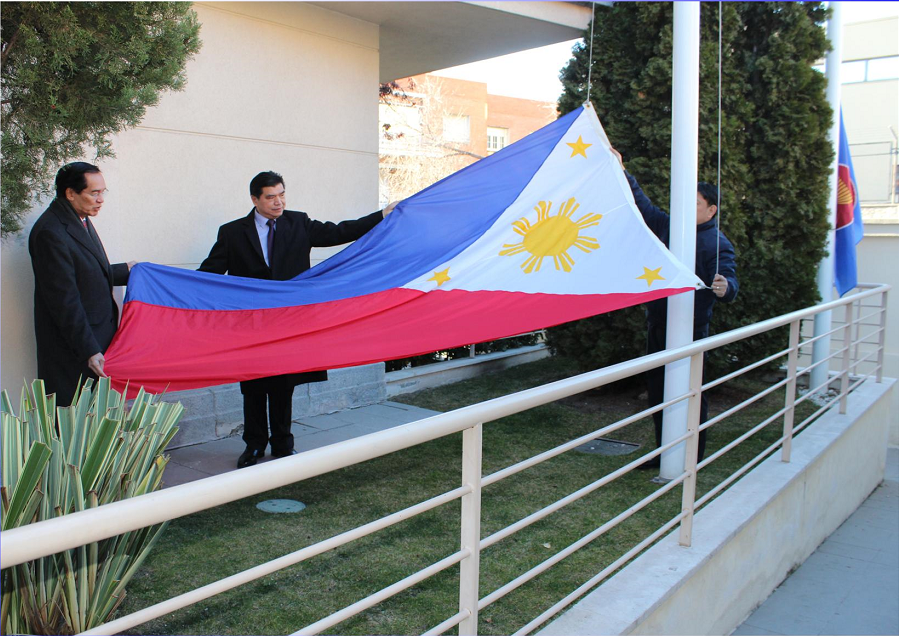 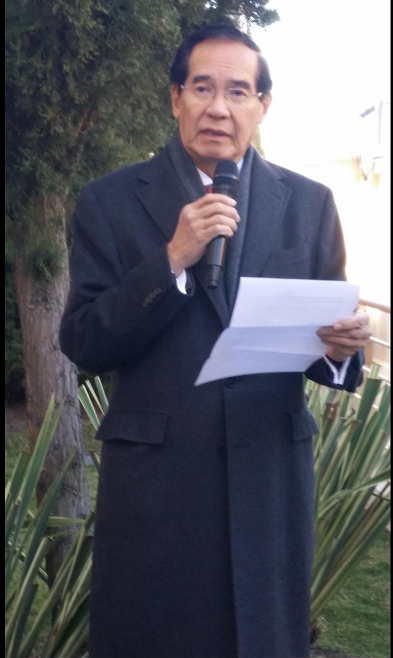 The flag-raising was followed by a message from Ambassador Carlos C. Salinas.  In his message, Ambassador Salinas reminded everyone that “the developments that led to the Philippines being an emerging force in Asia all started in EDSA” and that through EDSA, “we did not just dismantle autocracy; we built an entirely new nation whose citizenry is of a conscience, a purpose, and a resolve.”

The Ambassador also echoed the words of Ninoy Aquino to “serve with all your heart, all your strength” and called on the participants to serve our country “as if serving is the point and the reward in itself.” 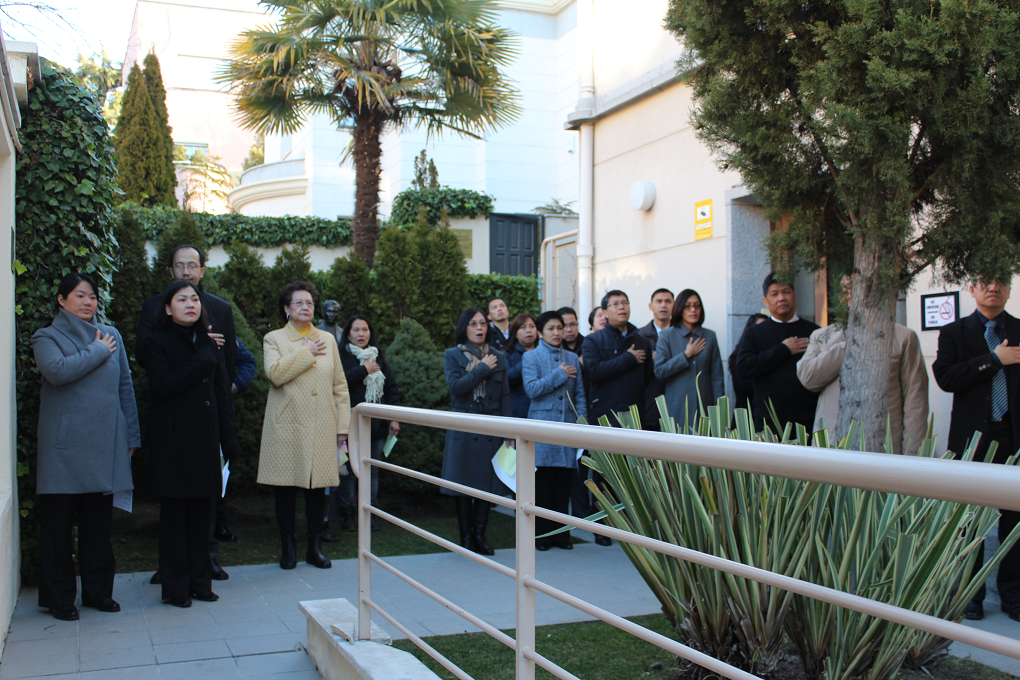 Consul General Emmanuel Fernandez then read the speech that was delivered by President Benigno S. Aquino III at the Shrine of Mary, Queen of Peace, Our Lady of EDSA in commemoration of EDSA 29

Participants were later invited to partake of breakfast while listening to songs inspired by said revolution.