The Philippine Embassy in Madrid conducted an Investment Forum at the Chamber of Commerce of León, Spain, last 09 March 2018.  Deputy Chief of Mission and Consul General Emmanuel R. Fernandez represented the Embassy at the Forum, which was attended by the members and officers of the Chamber, headed by its Director, Mr. Alberto de Paz Urueña.  The Economic and Cultural Office of Taipei in Madrid, represented by its Economic Officer Mr. Alfredo Shu Chih-Hong and its Economic Director Mr. Victor M.H. Lee, also presented the business and investment opportunities that Spaniards could explore in Taiwan, during the same forum.  Mr. Francisco Fernandez, CEO of AsiaIbericoAfrica, coordinated the logistical arrangements for the forum. 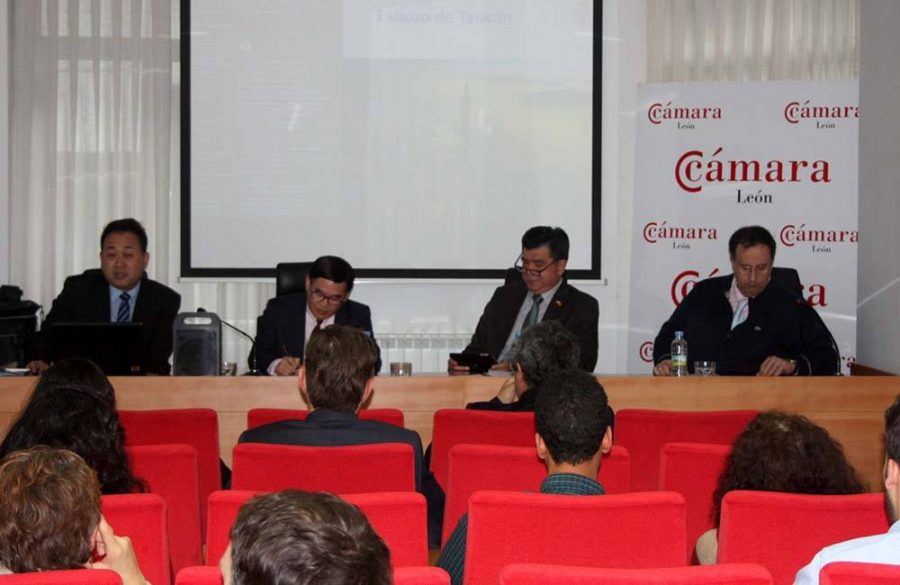 In his presentation, Consul General Fernandez highlighted the reasons why Spanish businessmen should invest in or do some other form of business with the Philippines.  He explained that the Philippines is one of the fastest growing economies in Asia, recording an average GDP growth rate of 6.1% from 2011 to 2016.  He also underscored the fact that the Philippines is a rising, stable economy powered by strategic investment flows, a comprehensive national industrial strategy, and a clear economic agenda.  He pointed out the Philippines´ strategic location in Asia, its being a gateway to the ASEN and the ASEAN+6 markets, its “demographic sweet spot” and its human capital advantage.  He then presented the business/investment opportunities that Spaniards could explore and pursue in the Philippines, particularly in the sectors of infrastructure development, renewable energy, wine and processed food products.

After their presentations, Consul General Fernandez and his Taiwanese counterparts had the opportunity to network with the participants and provide further information on the investment opportunities in their respective countries.

Consul General Fernandez and his Taiwanese counterparts were also met by Mr. Pedro Llamas, the Commercial Counselor of the City of León, who discussed with them the City´s current project of marketing León as a “gastronomic capital.”  Dubbed “Capital Gastronomica 2018,” the project aims at encouraging local and foreign tourists to visit León not only for its historical, artistic and architectural treasures (such as the León Cathedral, the Real Basilica de San Isidoro, and the Casa de Botines) but also for its gastronomical specialties. Mr. Llamas responded enthusiastically to Consul General Fernandez´s suggestion that the City of León officially invite the ASEAN Committee in Madrid to participate in the project through a Leonese-ASEAN culinary event which would help highlight their respective gastronomic treasures.

The Chamber´s Director Mr. de Paz said that the Chamber is planning to conduct a trade mission to the Philippines either late this year or early next year.  Consul General Fernandez assured him of the Embassy´s support and assistance for such a mission. 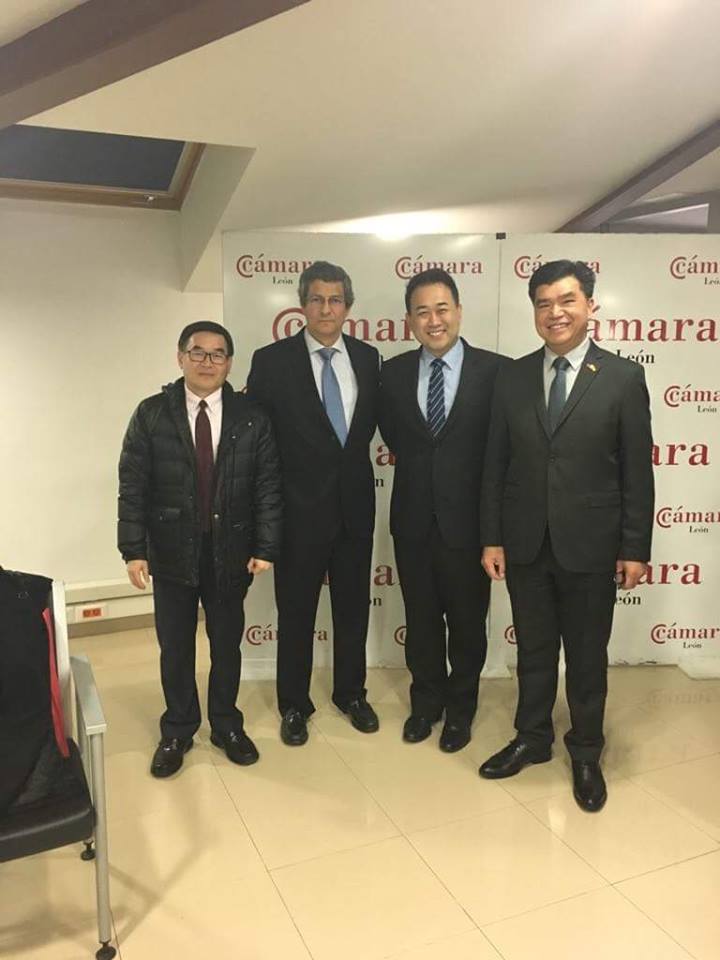