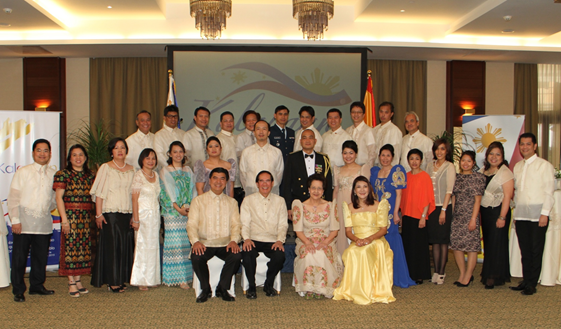 The Philippine Embassy in Madrid hosted a diplomatic reception on June 15 at the Hotel InterContinental Madrid to commemorate the 117thAnniversary of the Proclamation of Philippine Independence and 13th Philippines-Spain Friendship Day.  Spain’s Secretary of State for Foreign Affairs, Ignacio Ybáñez Rubio was the event’s guest of honor. 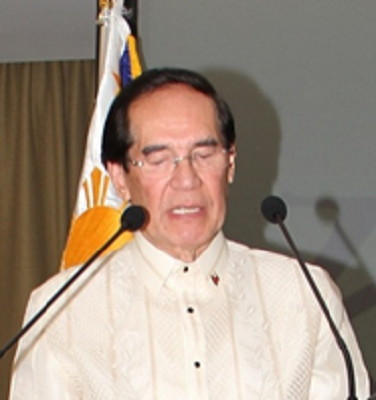 The Ambassador delivers his remarks

Ambassador Carlos C. Salinas, in his speech, cited the depth and profound linkages between the peoples of Spain and the Philippines.  He adds, “We are not merely allies but kin. Ours is a shared history and a united future.  This year’s theme, ‘Independence 2015: Triumphs through Reforms, Within the Nation’s Reach’ is about taking pride in what we have thus far, achieved as a nation.  It is an acknowledgment of efforts made, lessons learned, and of wrongs righted. It is also a renewal of a people’s hope for true independence entailing inclusive growth and sustainable development.”

The Ambassador also acknowledged the display photos of churches on the pillars of the ballroom, proof of the solid and lasting links between the Philippines and Spain.  The photos were from the book entitled “Casa de Dios,” the product of a 12-year photo documentation project of the late President of the Ortigas Foundation, Mr. Rafael Ortigas, Jr.

Secretary of State for Foreign Affairs Ignacio Ybáñez Rubio, in his remarks, congratulated the Philippines on the anniversary of its independence.  He gave assurances on Spain’s continuing support for the achievement of the Philippines’ development goals and noted that Spain was ready to assist even in times of emergency, such as in the aftermath of Typhoon Yolanda.

Guests were treated to fine music played by the Tahanan Rondalla Group throughout the evening and upon leaving, to Philippine souvenir items of table napkins and abaca coasters.

The Diplomatic Reception is the third in a series of activities organized for Mes Filipino 2015.