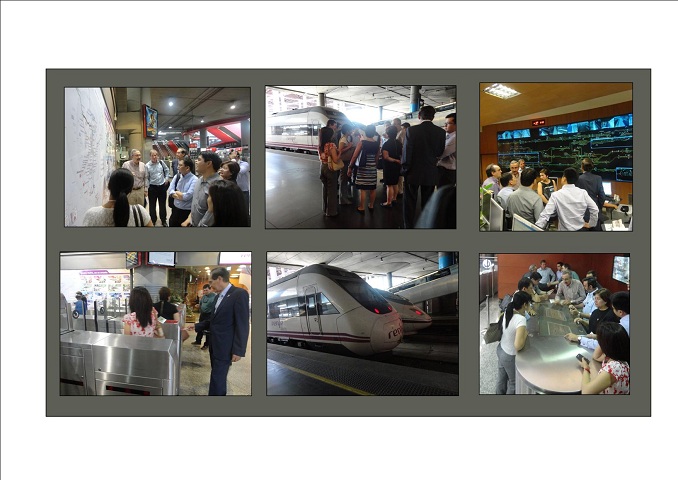 Renfe representatives guided the Philippine delegation to a walking tour of the Atocha station railway hub – visiting the terminals and platforms of the high speed and suburban trains. Renfe briefed the PH group on the evolution of the high speed train network in Spain as well as on the different models of high speed trains and their respective velocities and destinations.

Moreover, the Philippine delegation had the honor to visit the Cercanías (suburban) network customer service and RENFE operation center in Atocha station. Furthermore, the delegation travelled by train from Atocha station to Sol station, an intermodal station where metro and commuter trains converge. This is the latest station of the suburban train network.