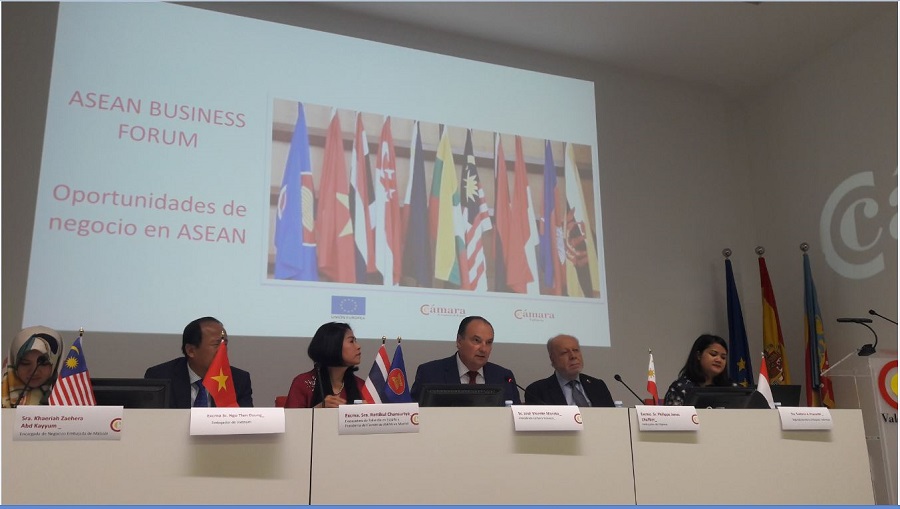 Amb. Philippe J. Lhuillier (second from right) joins the other Ambassadors of the ASEAN Committee in Madrid (ACM) at the ASEAN Business Forum in the Chamber of Commerce of Valencia.

On 12 to 13 September 2018, the Philippine Ambassador to Spain, Philippe J. Lhuillier, undertook an official visit to the city of Valencia, Spain, to participate in an ASEAN Business Seminar and meet with various government and business sector representatives.

The visit was organized by the ASEAN Committee in Madrid (ACM), led by Thai Ambassador Rattikul Chansuriya, in her capacity as the current chair of the ACM. The other four ASEAN Embassies resident in Spain (Indonesia, Malaysia, Thailand, and the Philippines) were all represented at the event.

The ACM paid a courtesy call on the Mayor of Valencia, Joan Ribó on 12 September, during which they spoke of ASEAN’s economic progress as a region and the potential that it held for Spanish investors. The Ambassadors then visited the Port of Valencia, where they were given a presentation of the port’s facilities and a showcase of its strengths as a strategic hub within the Mediterranean.

The next day, the ACM met with officials of the Chamber of Commerce, Industry, Services, and Navigation of Valencia, led by Chamber President, Mr. José Vicente Morata Estragués. They exchanged views on how to best promote ASEAN economic opportunities within the Valencian business community, with Mr. Morata remarking how their Chamber is increasingly looking to the Asian markets for new business prospects. 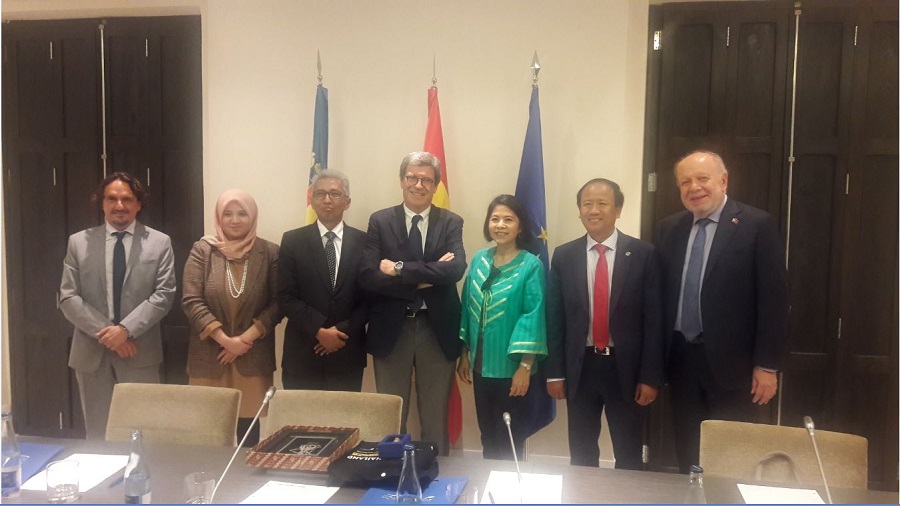 Amb. Philippe J. Lhuillier (right) and the other ASEAN Ambassadors meet with officials from the Port of Valencia.

This was followed by the ASEAN business seminar, hosted at the Chamber’s headquarters. After a general presentation on the ASEAN Economic Community from the Thai Ambassador, each Embassy gave its individual presentation. During his speech, Ambassador Lhuillier highlighted the Philippines’ investment opportunities and incentives, priority trade sectors, and tourism attractions.

Attendees and guests then partook of a cocktail consisting of traditional Southeast Asian cuisine, before moving on to scheduled one-on-one meetings with the representatives from each Embassy. Ambassador Lhuillier and the Embassy officials met with several different companies interested in doing business with the Philippines or promoting their products in the Philippine market. 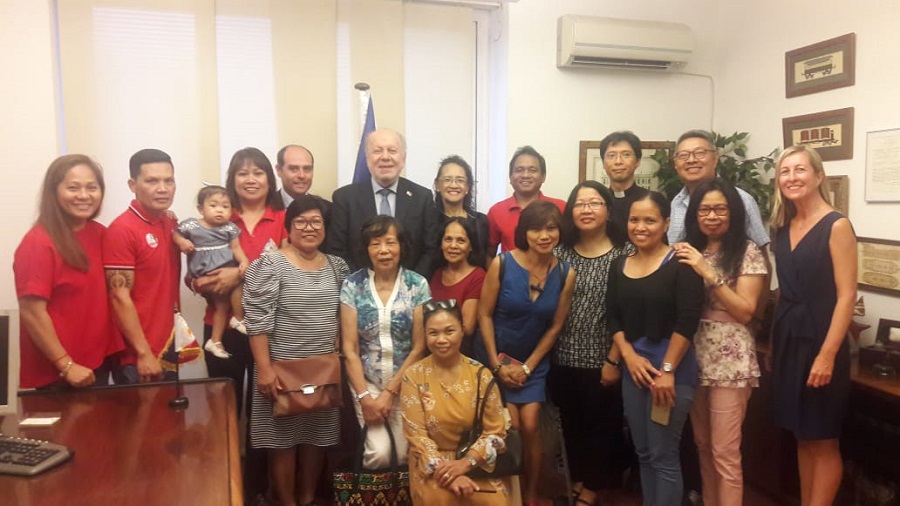 For the duration of the visit, Ambassador Lhuillier was assisted by Mr. Mikhal C. de Dios, Third Secretary and Vice Consul, and the Honorary Consul of the Philippines in Valencia, Atty. Manuel Carrion.