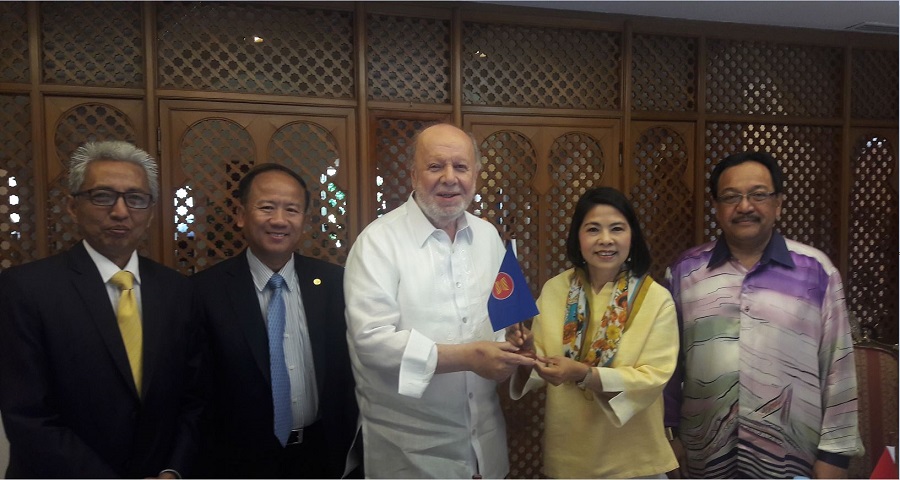 Philippine Ambassdor Philippe J. Lhuillier (center) hands over the ASEAN flag to Thai Ambassador Rattikul Chansuriya at the ACM turnover ceremony, in the presence of their fellow ASEAN Ambassadors from Indonesia, Vietnam, and Malaysia.

The ACM, which is composed of the resident Ambassadors of Indonesia, Malaysia, the Philippines, Thailand, and Vietnam, works together to organize joint events to raise the awareness of ASEAN in Spain.

In the turnover ceremony held at the Thai Ambassador’s official residence, Amb. Lhuillier expressed his gratitude to his ASEAN colleagues for their support during his six-month term as chairman. During his term, the ACM successfully concluded a number of events including the ASEAN University Fair; the International Conference on ASEAN Studies; and joint ACM calls on various Spanish ministers.

In his speech, Amb. Lhuillier stated that ACM events such as these helped to bring ASEAN to greater prominence among Spain’s government officials, business sector, and members of the academe. Amb. Lhuillier added that he looked forward to participating in new projects under the chairmanship of Ambassador Chansuriya.