The Philippines took center stage in the Premios Solidarios 2015, the awarding ceremony that capped this year’s Festival de las Naciones in Seville, Spain.  The Festival de las Naciones is an annual international event wherein various countries are given the opportunity to feature their cultures, encourage trade and promote tourism among the participants.  The Premios Solidarios are awards given at the culmination of the festival, to honor individuals and groups that have promoted international solidarity in areas as diverse as art, dance, social work and sports, to name a few.

As the país invitado (or featured country) in this year’s Festival de las Naciones, the Philippine embassy led the awarding ceremonies of the Premios Solidarios. A video on the Philippines opened the ceremonies, followed later by two songs rendered by Barcelona-born Filipina-Spanish singer, Alexandra Masangkay, who wowed the crowd with her unique rendition of Freddie Aguilar’s “Anak” and a popular Spanish song.  Philippine Ambassador to Spain, Carlos C. Salinas, gave the award to the Consular Corps of Seville for its efforts to promote international solidarity and cooperation between Spain and the various countries that the corps represents.

In his speech during the ceremony, Ambassador Salinas pointed out the deep solidarity that has existed between Spain and the Philippines through the years.  He recalled how Spain and, in particular, Andalucia showed its solidarity with the Philippines in the wake of typhoon Haiyan.  Among other things, the parliament of Andalucia approved a donation amounting to 157,645 euros for the victims of the typhoon.  He described the relationship between our two countries as one between “brothers,” and not just between “allies.”  He then called for greater cooperation between our two countries, mindful of the fact that the Philippines is Spain’s gateway to Southeast Asia, and Spain is the Philippines’ door to Europe and the Iberoamerican countries. 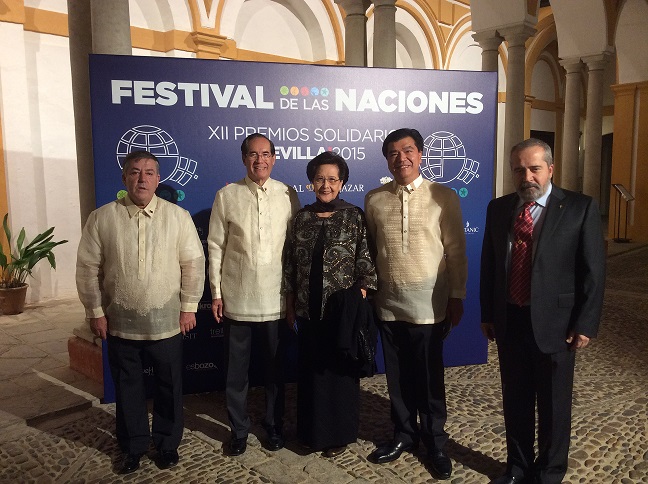 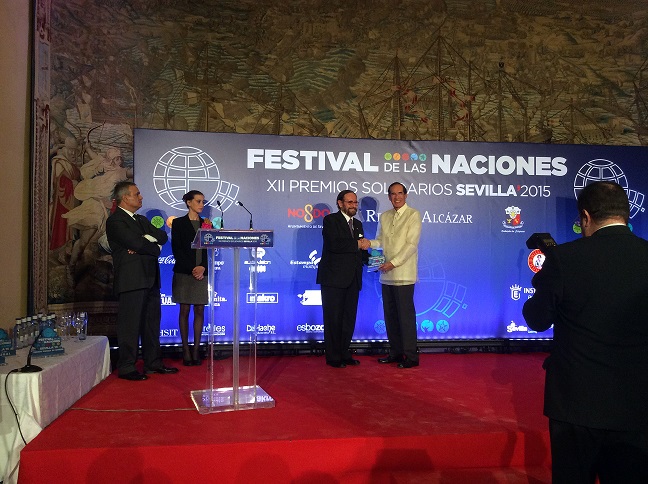 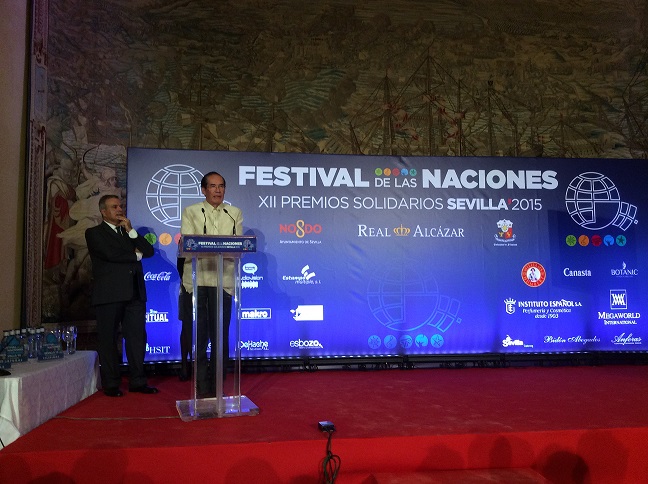 Ambassador Salinas giving his speech during the Premios Solidarios 2015