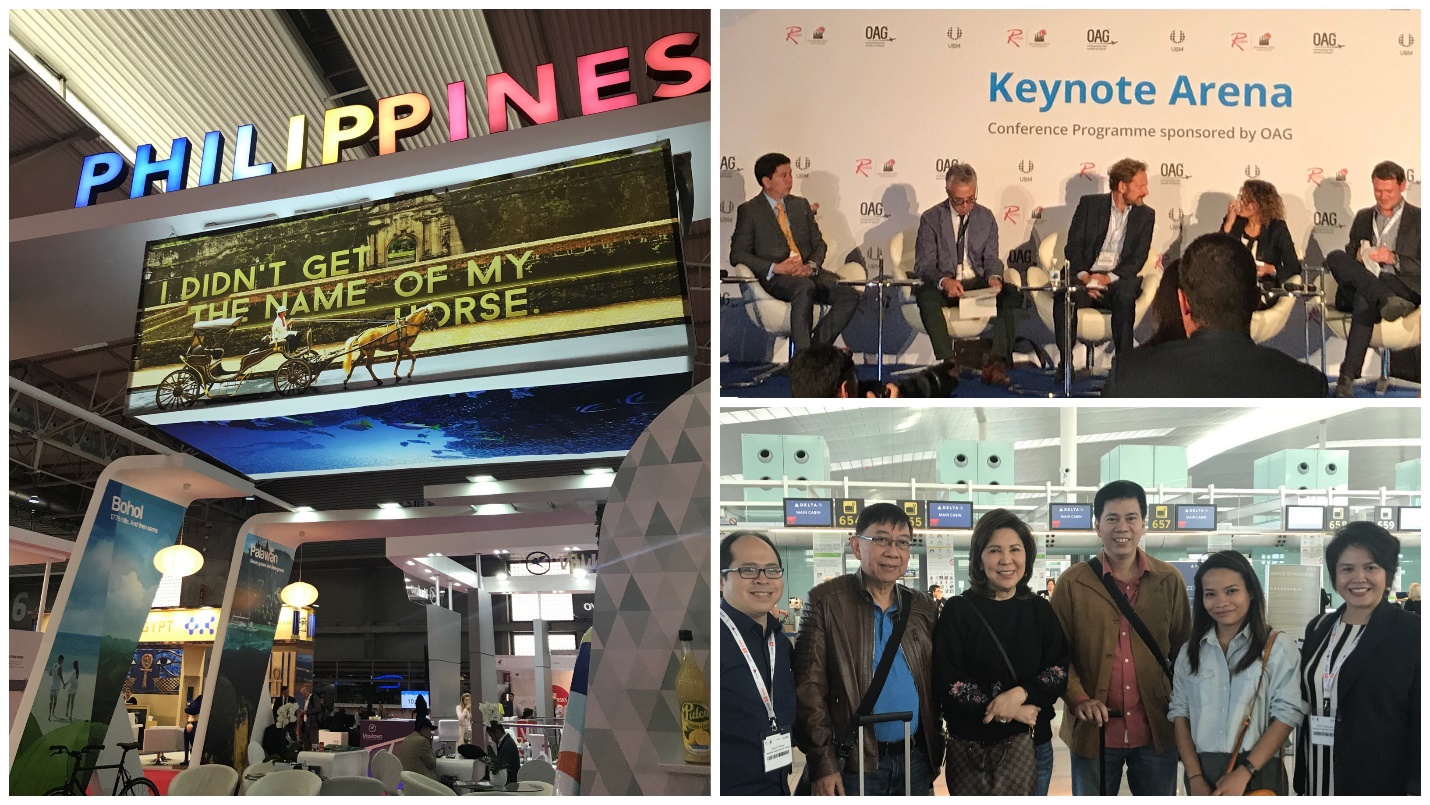 The Philippines participated in the recently concluded World Routes 2017, held on 23-26 September 2017 at the Fira Gran Via, L’Hospitalet, Barcelona. The PH booth, located in the central part of the exhibition space, highlighted PH’s most popular destinations and included a stand for dried mangoes and DOT notepads as souvenirs. There was also a bar with a Filipino bartender who performed “flair bartending” to attract guests to the booth.

The Philippine delegation was composed of public and private sector officials from the tourism, aviation and airport authorities and was led by Department of Tourism Secretary Wanda T. Teo, who expressed appreciation to the organizers for choosing Cebu as the host for Routes Asia 2019. The Routes organization is a private business focused on aviation route development and the company’s portfolio includes events, media and online businesses. The company organizes and operates world-renowned airline and airport networking events through its regional and World Route Development Forums.

More than 200 airline carriers, 700 airports, 130 tourism authorities from 110 countries participated in the event.

PH officials met with their counterparts and airline executives to discuss the possibility of more routes opening to Manila, Clark and Cebu in the near future.

The panel also touched on “over tourism,” which was more of a concern for other panelists. Highly popular tourist destinations, such as Barcelona, are concerned about tourist saturation in certain areas. However, PH’s challenge at the moment is ensuring that tourism’s economic benefits are inclusive and trickle down to all aspects of society. The issue with limiting tourists to avoid saturation, when quantified, could translate to several families losing their livelihood.

Routes Asia 2019, considered one of the most expensive aviation event in the world, is expected to attract senior decision makers from the region’s air service development community and provide a platform to expand connections and discuss route development opportunities.