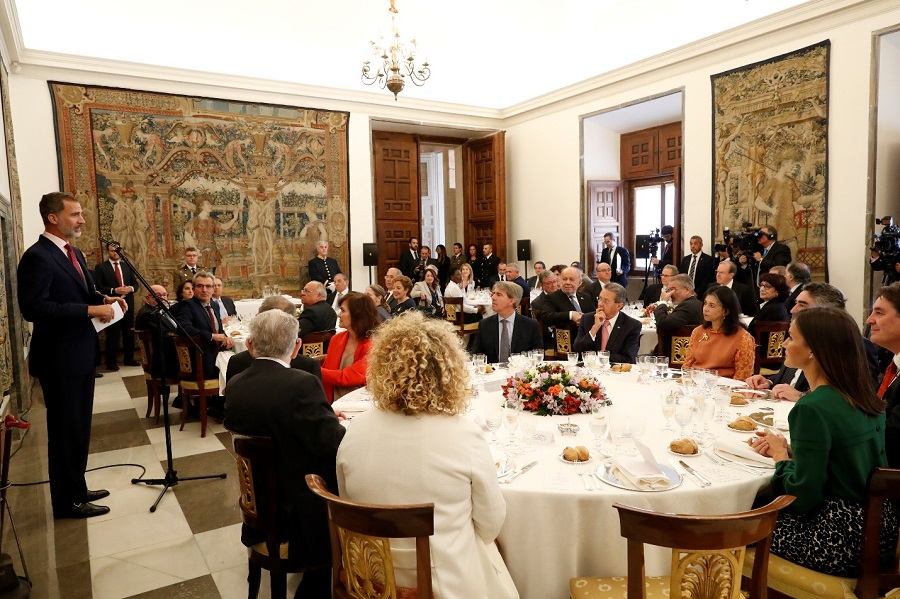 The King delivers his speech at the Annual Meeting of the Patronos del Insituto Cevantes and Iberoamerican Ambassadors.
“© Casa de S.M. el Rey”.

The King and Queen of Spain received Philippine Ambassador to Spain Philippe Lhuillier along with the other members of the diplomatic corps and representatives of Spanish society in an official reception in celebration of Spanish National Day at the Royal Palace of Madrid on 12 October 2018.

Ambassador Lhuillier who was accompanied by Madame Edna Lhuillier conveyed his greetings and well wishes to the Spanish monarchs.
The Fiesta Nacional de España or the National Day of Spain is held annually on 12 October to commemorate the anniversary of Christopher Columbus’s first arrival in the Americas.

Few days before, on 08 October 2018, Ambassador Lhuillier also attended the annual meeting and luncheon of the Patronos del Instituto Cervantes and Iberoamerican Ambassadors at the Royal Palace de Aranjuez.

Addressing the meeting, the King underscored the work of the Instituto Cervantes and other partner agencies in promoting Spanish language and culture. 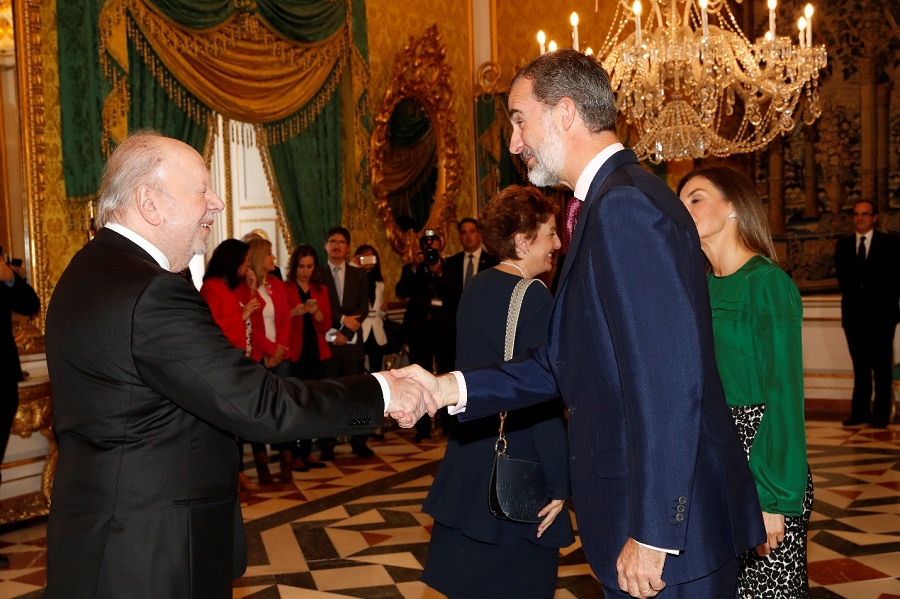 The King delivers his speech at the Annual Meeting of the Patronos del Insituto Cevantes and Iberoamerican Ambassadors.
“© Casa de S.M. el Rey”. 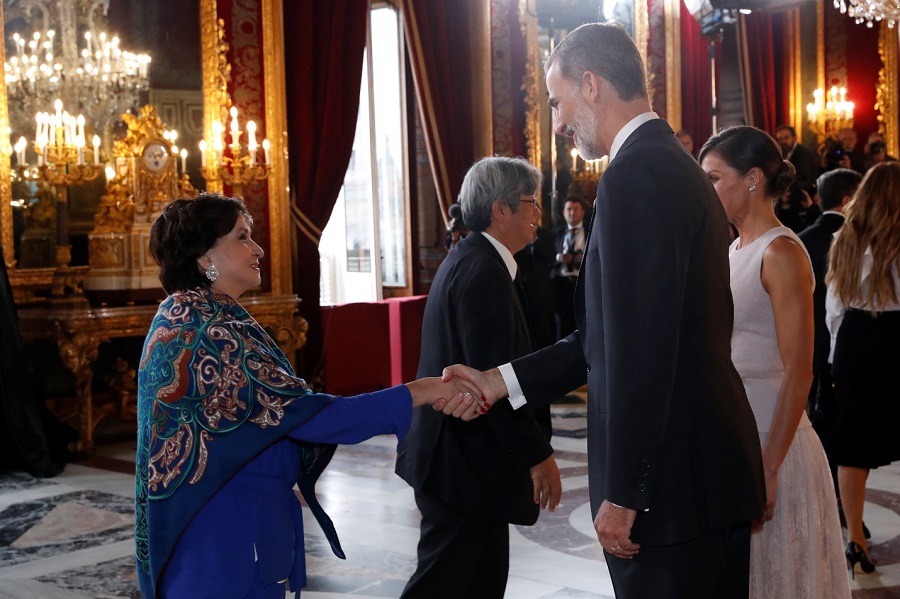 Madame Edna Lhuillier shakes the hand of King at the National Day Reception on 12 October 2018 at the Royal Palace in Madrid.
“© Casa de S.M. el Rey”.