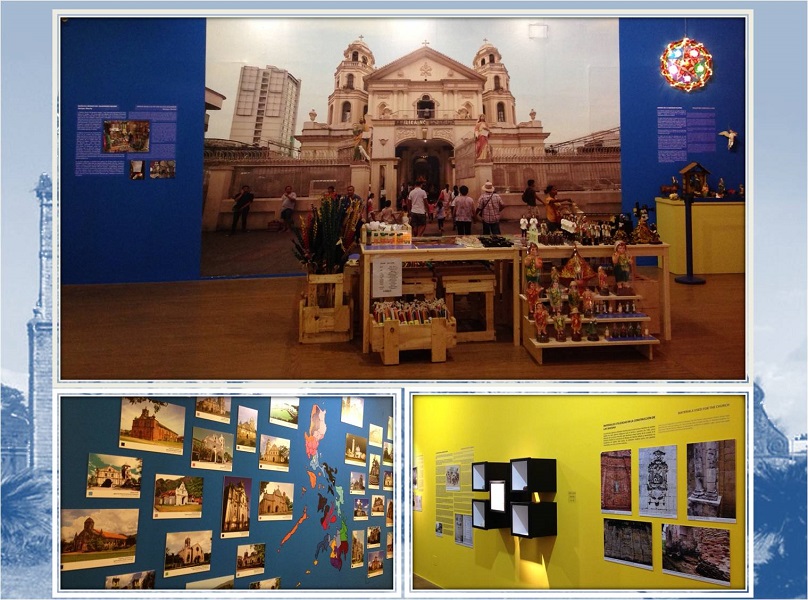 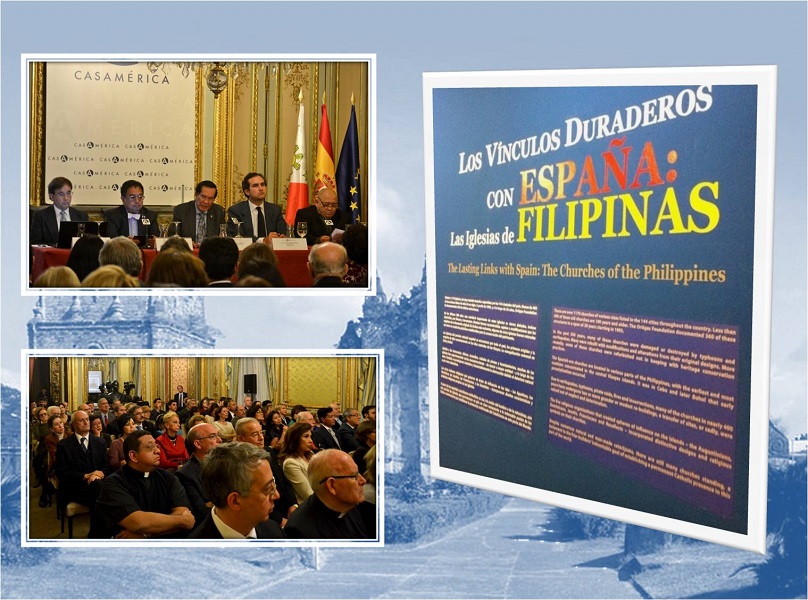 The exhibit displays a selection of photos from the “Casa de Dios” book, which features images of more than 300 Filipino-Hispanic churches taken during a 12-year photo documentation project initiated by the late President of the Foundation, Mr. Rafael Ortigas, Jr. The photos come with essays from different religious orders that allow the audience to gain a deeper understanding of the stories behind each church.

Preceding the inauguration was a roundtable discussion with Fr. René B. Javellana, S.J., author of Casa de Dios and professor at the Ateneo University de Manila, and Mr. Javier Galvan, former Director of Instituto Cervantes in Manila, as speakers. Fr. Javellana focused on the architecture and history of churches during the colonial period, while Director Galvan described Filipino-Hispanic churches as unique, having a mixture of architectural influences and an important role in urbanism. 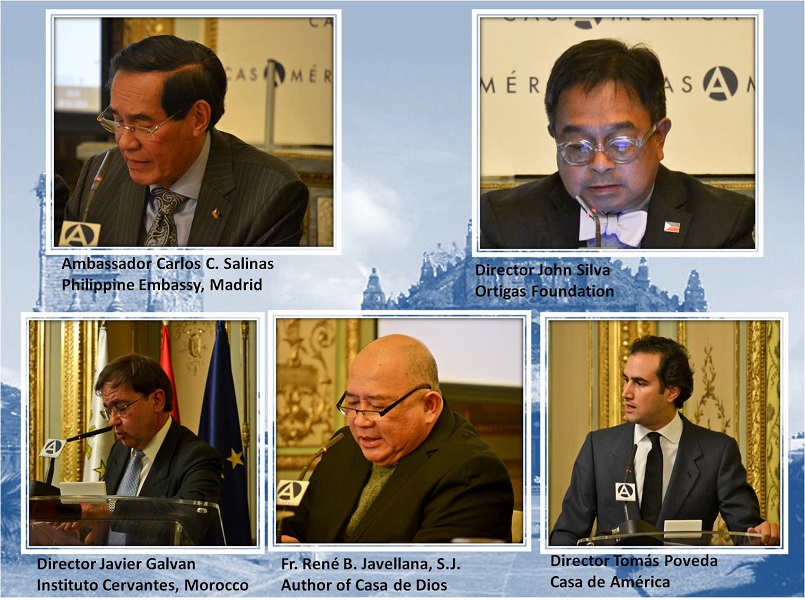 In his remarks, Ambassador Salinas commended the Ortigas Foundation for preserving and educating the public on Philippine heritage, and also expressed his hope that the exhibit will awaken awareness and set off support for conservation and restoration initiatives, such as those being undertaken for the San Sebastian Church in Manila and the Cathedral of Cebu.