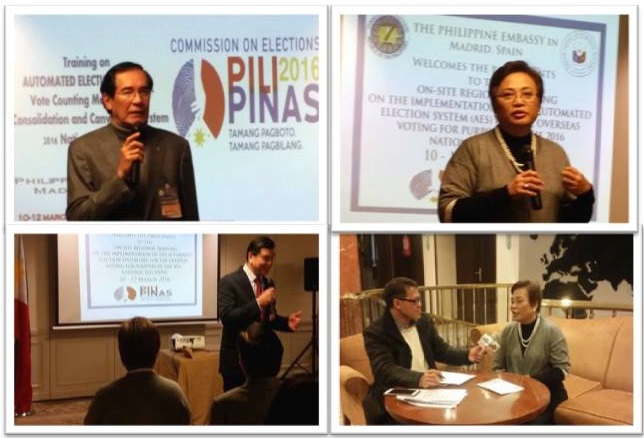 The Philippine Embassy in Madrid successfully hosted the On-Site Regional Training on the Implementation of the Automated Election System (AES) for Purposes of the 2016 National Elections.

COMELEC Commissioner Rowena Amelia Guanzon led the team from Manila composed of officials from COMELEC, the DFA-Overseas Voters Secretariat (DFA-OVS) and DOST, who conducted the training of eighteen participants from the Philippine Embassy in London and Madrid.

Commissioner Guanzon impressed upon the participants the importance of the three-day training, pointing out that the conduct of an automated election system (AES) in select countries in Europe (specifically in Madrid, the United Kingdom and Italy) will be a major step towards the possible introduction of a nationwide automated election system in coming Philippine elections.

H.E. Ambassador Carlos Salinas lauded the COMELEC and the DFA-OVS for their efforts to introduce AES overseas. The Ambassador also highlighted the importance of this exercise on the part of Filipinos overseas. 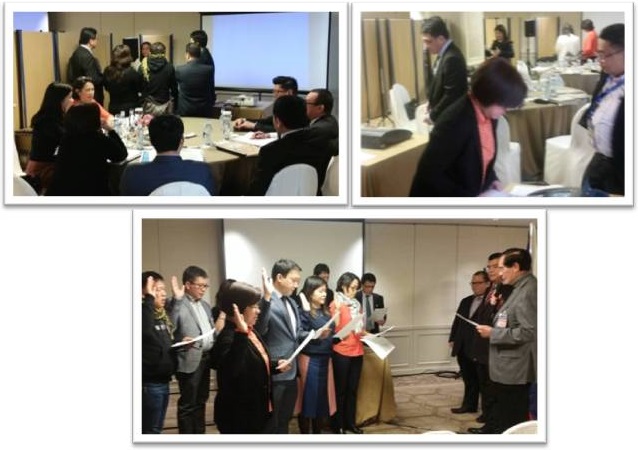 The seminar participants underwent a thorough training on the general guidelines and VCM operations from 10 March 2016 until 12 March 2016. Each of the participants also had to hurdle a whole day of theoretical and hands-on examinations conducted by the DOST representative to ensure that the members of the electoral boards are capable of handling the elections.

The participants were sworn into office as members of the different electoral boards by Ambassador Salinas, assisted by Minister and Consul General Emmanuel R. Fernandez of Madrid PE, and DCM and Consul General Senen T. Mangalile of London PE.