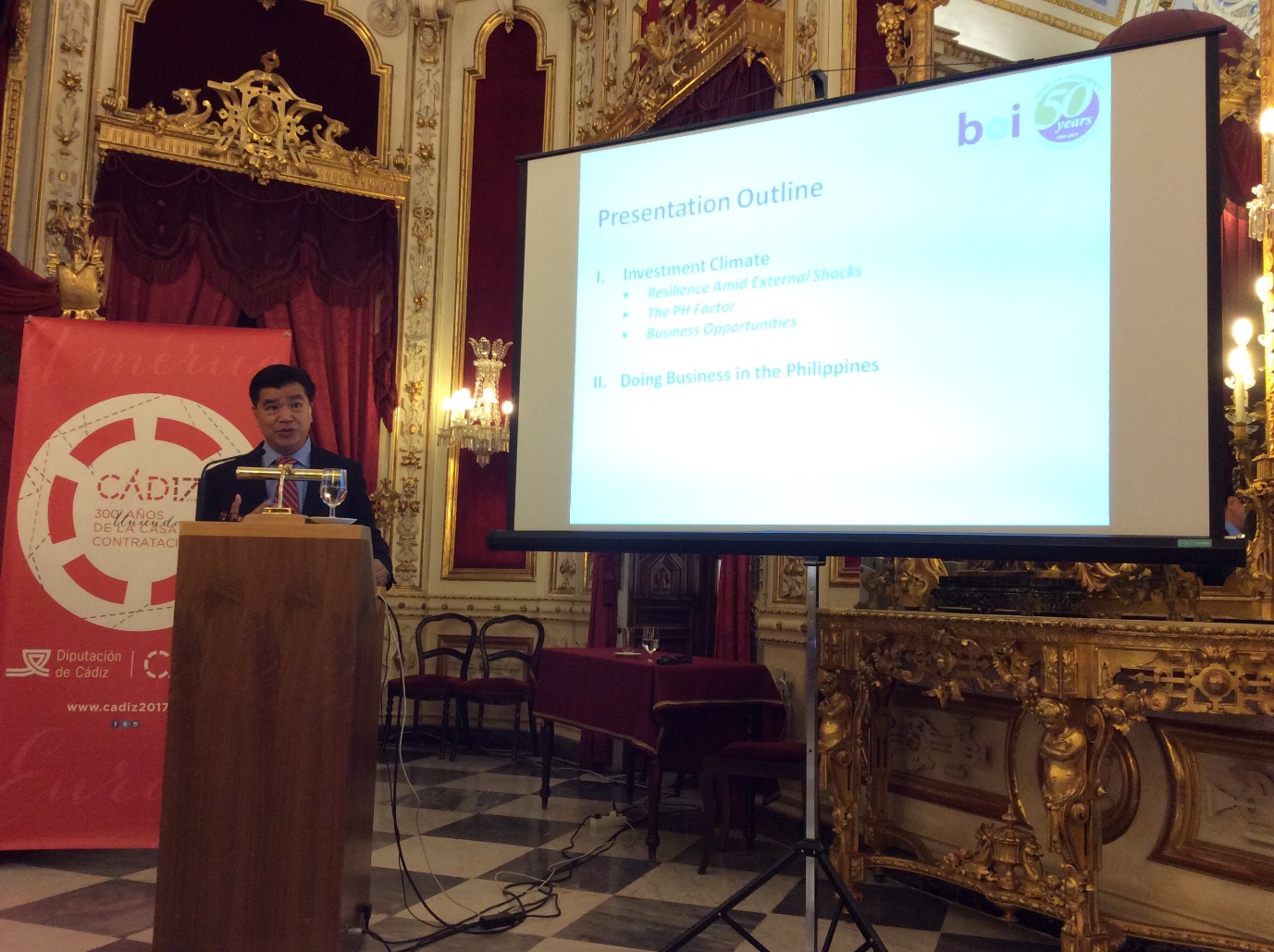 Upon the invitation of the Cadiz Chamber of Commerce and the Cadiz Provincial Council, Charge d’Affaires and Consul General Emmanuel R. Fernandez of the Philippine Embassy in Madrid, delivered a presentation on the commercial and investment opportunities in the Philippines before the members of the Chamber and Cadiz government officials last 24 March 2017.  Consul General Fernandez was invited to deliver the said presentation as part of the Province of Cadiz´s celebration of the 300th anniversary of the transfer of the Casa de Contratación de Indias to the City of Cadiz. Representatives from the Embassies of Argentina, Chile and Mexico were also invited to deliver their own presentations.  The only Asian embassy among the group, the Philippine Embassy was invited in recognition of the pivotal role that Manila played during the Galleon Trade.  (All documentation related to the Galleon Trade had to pass through the Casa de Contratación in Cadiz.) 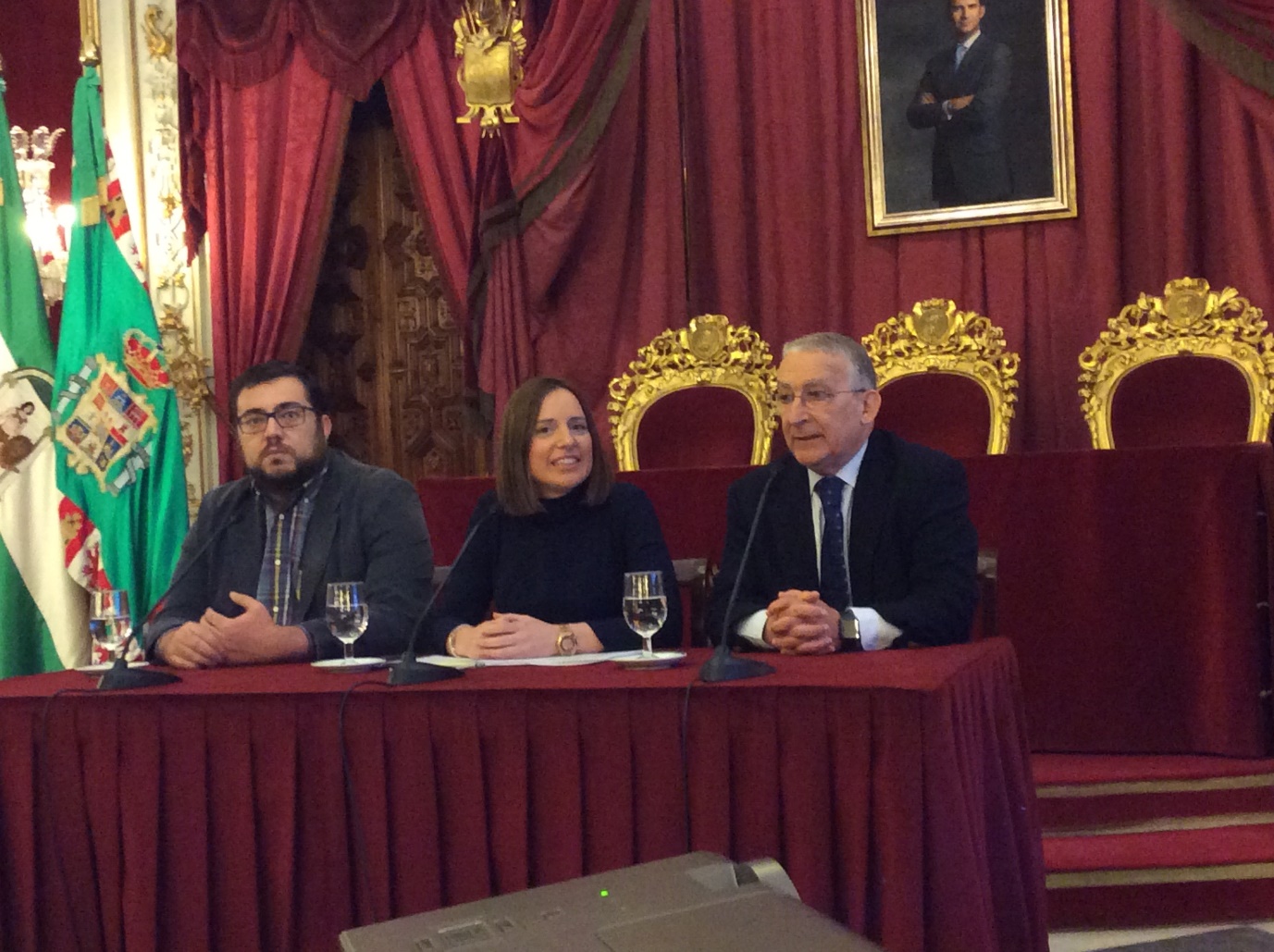 From left to right: Mr. Jaime Armario, Ms. Ana Carrera (Director for Employment of the Cadiz Provincial Council), and Mr. Miguel Urraca (Secretary General of the Cadiz Chamber of Commerce).

Dubbed “Jornada de Oportunidades Comerciales y de Inversión en Argentina, Chile, Filipinas y Mexico,” the forum was held at the Palacio Provincial de la Diputacion de Cadiz.  It was opened by Ms. Ana Carrera (Director for Employment of the Cadiz Provincial Council) and Mr. Miguel Urraca  (Secretary-General of the Cadiz Chamber of Commerce).  The other presenters were Consul Agustin Nuñez of the Republic of Argentina, Mr. Robert Paiva (Director of the Commercial Office of the Embassy of Chile to Spain), and Ms. Ana Sainas (Director of the Commercial Office of the Embassy of Mexico to Spain).  It was coordinated by Mr. Manuel Alvarez, the Chamber´s Director for International Affairs.  Philippine Honorary Consul for Cadiz, Fernando J.  Blanco Martin, also attended the forum. 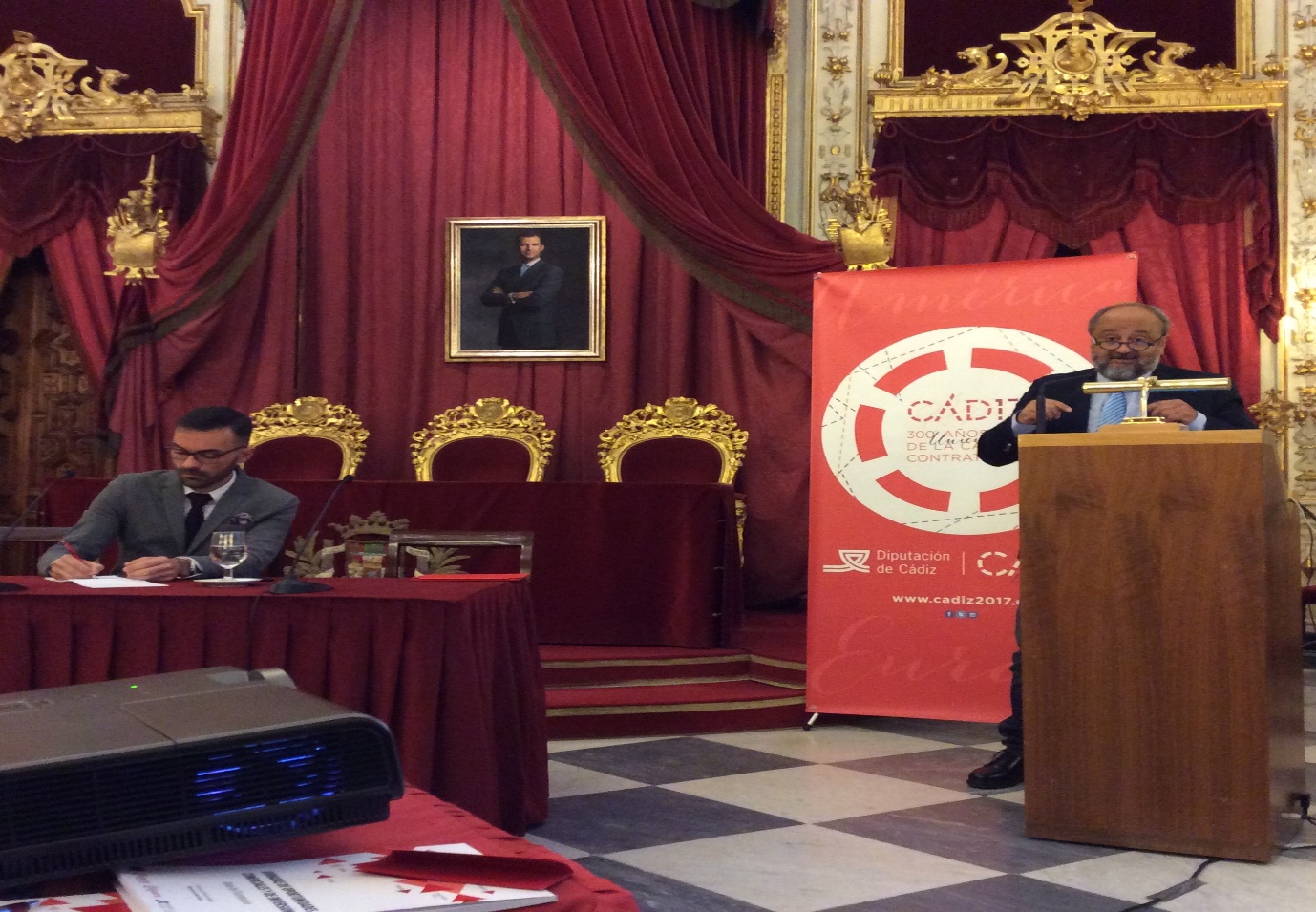 Left to right: Mr. Manuel Alvarez (the Chamber´s Director for International Affairs), and
Mr. Robert Paiva (Director of the Commercial Office of the Chilean Embassy to Spain)

In his presentation, Consul General Fernandez spoke about the resilience of the Philippine economy, the competitive advantages that the Philippines possesses as an investment destination, and the various opportunities that Cadiz businessmen and investors could explore in the Philippines.

After the forum, each presenter was given the opportunity to hold one-on-one consultations with those who wished to know more about the investment opportunities in their respective countries.

A group of Cadiz businessmen and investors plan to visit the Philippines this coming June to explore such opportunities. 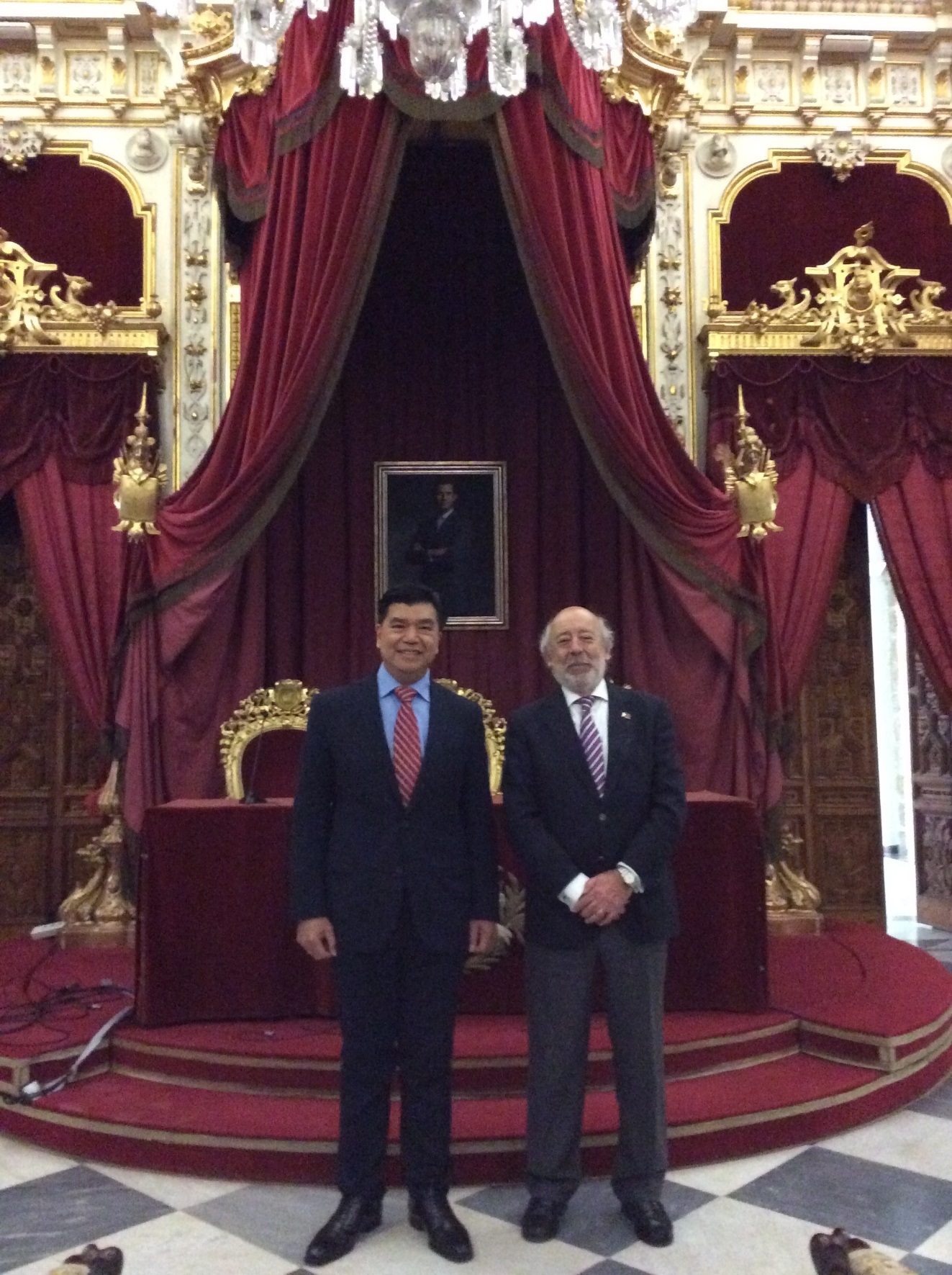