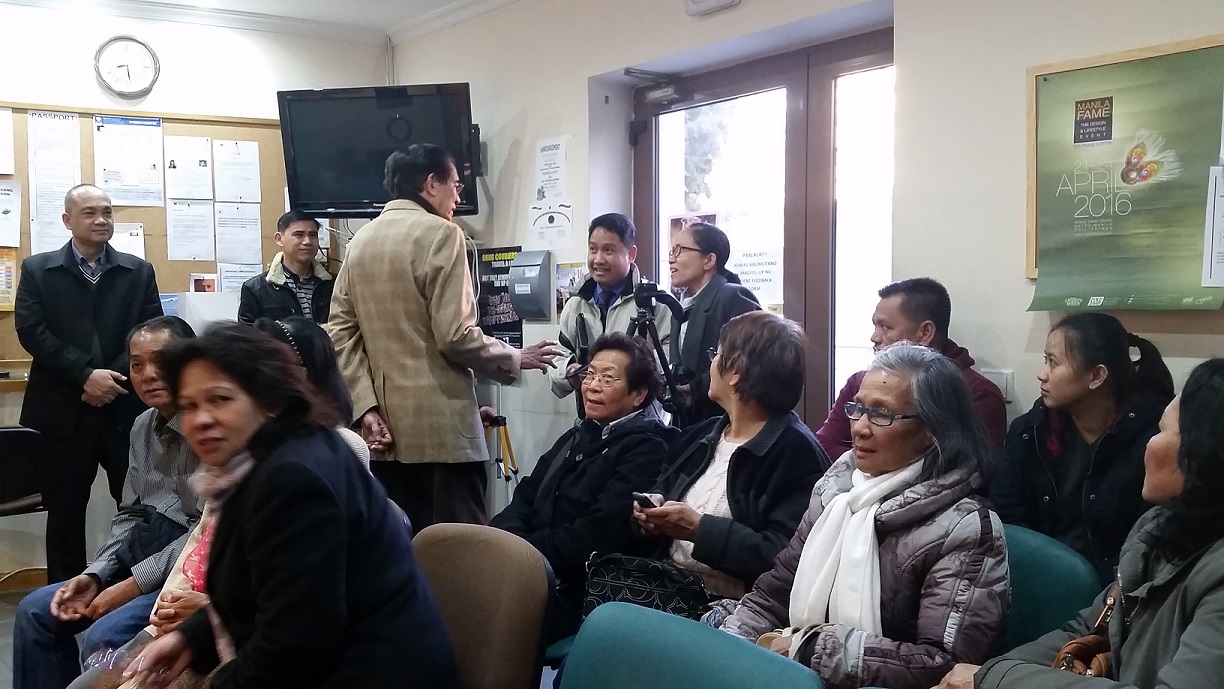 Ambassador Salinas with the Filipino community.

The overseas voting in Spain for the Philippine national elections officially opened in Madrid and Barcelona on Saturday, 09 April 2016.

On the first day of the elections, Ambassador Carlos C. Salinas and his spouse were the first to cast their votes using the Vote Counting Machine (VCM),  which is the first time to be conducted in Spain. 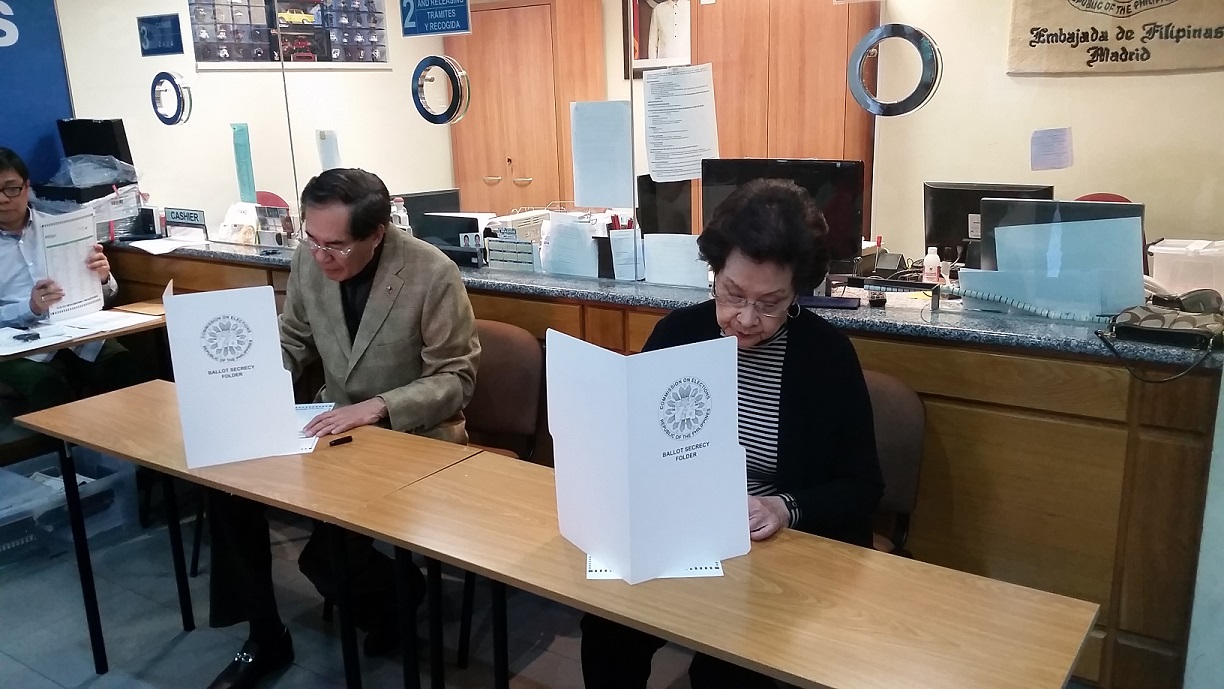 First voters from Madrid were Amb. and Mrs. Salinas. 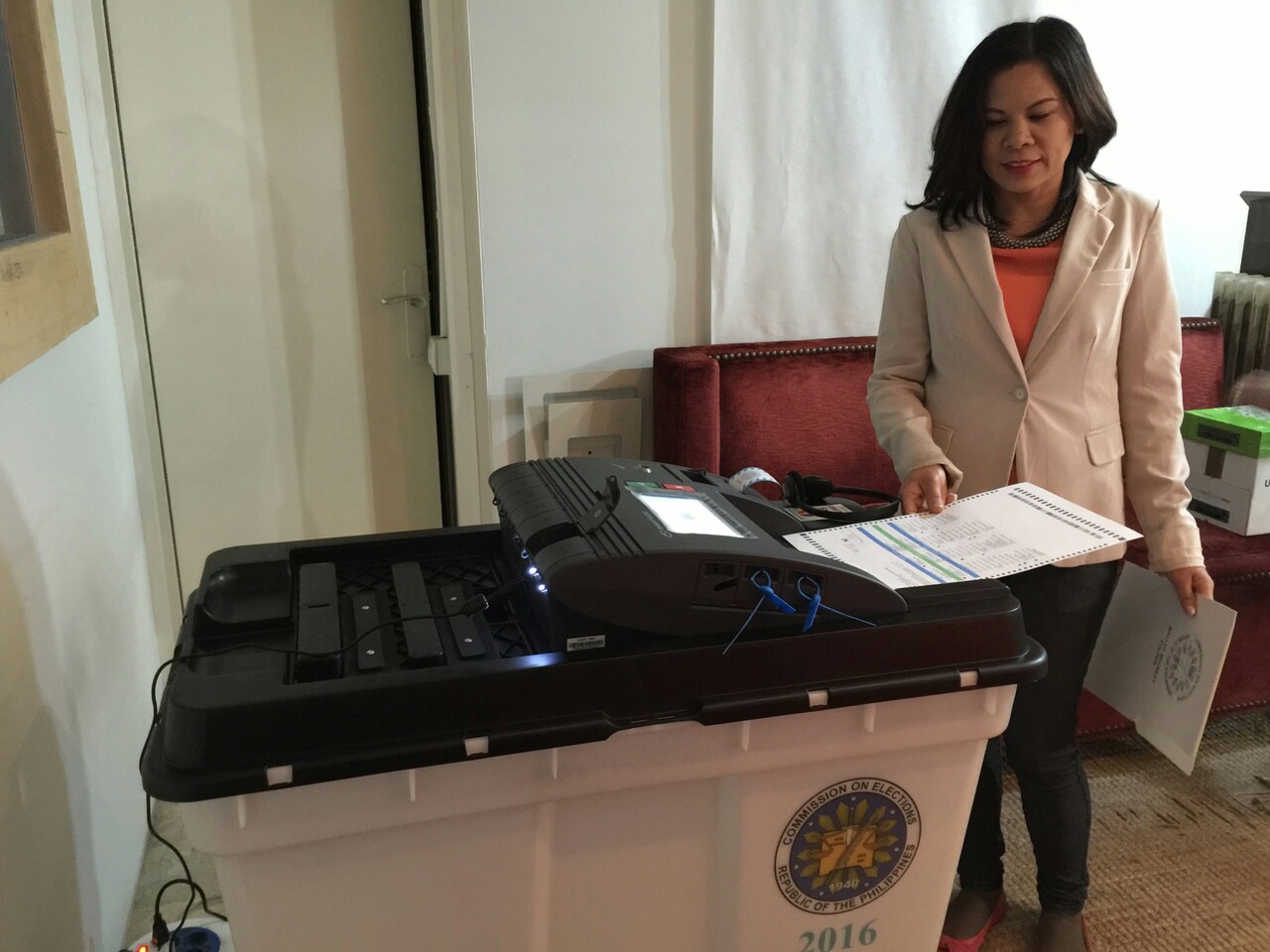 The entire personnel of the Philippine Embassy, together with the members of the Filipino community, were at the Embassy premises for the special event.