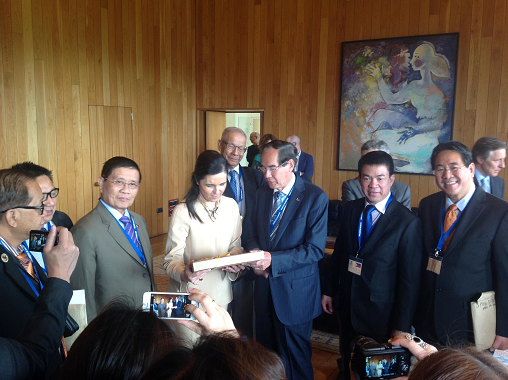 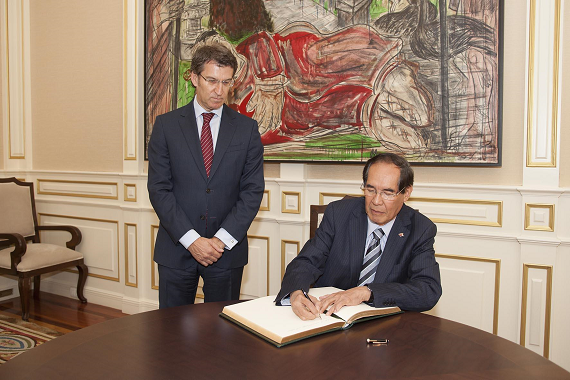 The study visit sought to acquaint the aforesaid OPAPP officials and legislators with the workings of the Autonomous Regional Governments of Galicia and Madrid as they prepare for the forthcoming legislative discussions on the Bangsamoro Basic Law (BBL).  By giving them the opportunity to have a firsthand experience of the way things are done in the Regional Autonomous Governments of Galicia and Madrid, as well as the opportunity to dialogue and share experiences with the relevant officials of the said Autonomous Governments, it was hoped that the members of the delegation could bring home with them some new insights and perspectives which could be helpful in the legislative deliberations on the BBL. 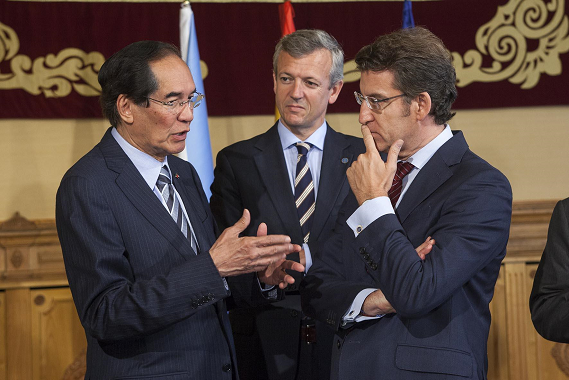 During the Galicia leg of the visit, Ambassador Salinas (along with Senators Pimentel and Cayetano, and Deputy Speaker Balindong) met with the President of the Xunta de Galicia, Don Alberto Nunez Feijoo, at the Pazo de Raxoi (the headquarters of the Galician Regional Government).  In his remarks, the Ambassador commended the Galician Regional Autonomous Government for providing a model which countries wishing to adopt the same governance structure could learn from. Ambassador Salinas also led the Philippine delegation during its courtesy call on the President of the Galician Parliament, the Honorable Pilar Rojo Noguera.  The delegation’s Galician itinerary likewise included meetings with top officials of the Galician Regional Police;  the Mayor of the Municipality of Cambados, Don Luis Aragunde; and Galician Ombudsman, Don Jose Julio Rodriguez Fernandez. 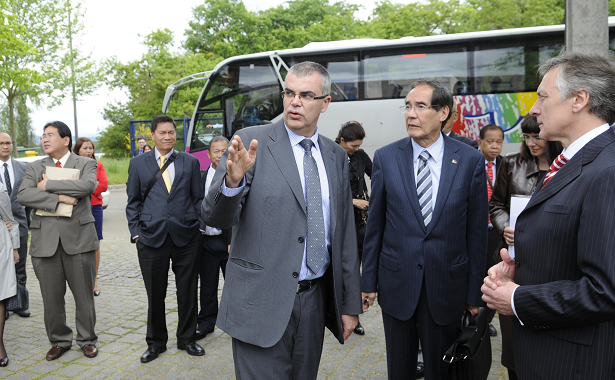 In Madrid, Secretary Deles led the delegation in its meetings with the Minister of the Presidency and of Justice, as well as the Spokesperson of the Government of the Community of Madrid, Don Salvador Victoria; the Secretary of State for Foreign Affairs, Don Gonzalo de Benito; AECID’s Secretary General for International Development Cooperation, Don Gonzalo Robles, and Director of Cooperation for Africa and Asia, Don Alberto Virella; the Chief of Staff of the President of the Constitutional Court, Don Jose Manual Pascual; Ombudsman Soledad Becerri and Secretary-General Manuel Sanchez Saudinos.  The delegation’s Madrid itinerary also included visits to the Madrid Regional Autonomous Government’s Senate and House of Representatives; as well as calls on the Deputy Minister of Interior, Don Luis Aguilera Ruiz, and the Secretary of State for Public Administration, Don Antonio Beteta.