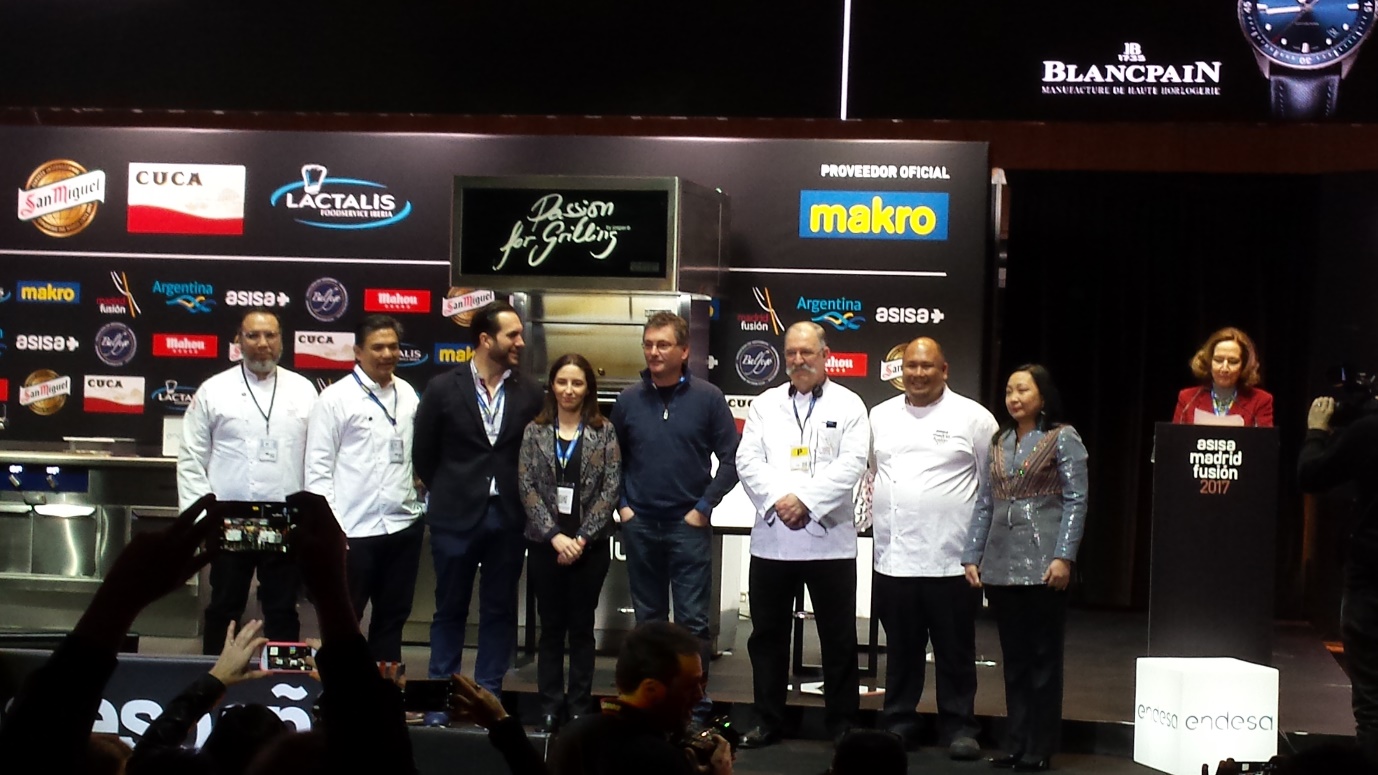 Madrid Fusión Manila 2017 was officially launched at the Gastronomy Summit of Asisa Madrid Fusión on 24 January at the Palacio Municipal de Congresos in Madrid, Spain.

Madrid Fusión Manila 2017, the Asian edition of Madrid Fusión, will be held from 6 to 8 April at the SMX Convention Center and themed “Towards a Sustainable Gastronomic Planet”.

The launch was kicked off by Chef Myke “Tatung” Sarthou’s talk on Philippine cuisine and his impressive cooking demonstration of a dish called “pamapa-crusted fish fillet, served over sea urchin stuffed with rice with seafood and coconut”.  Chef Tatung garnished the dish with pickled mango (burong mangga). 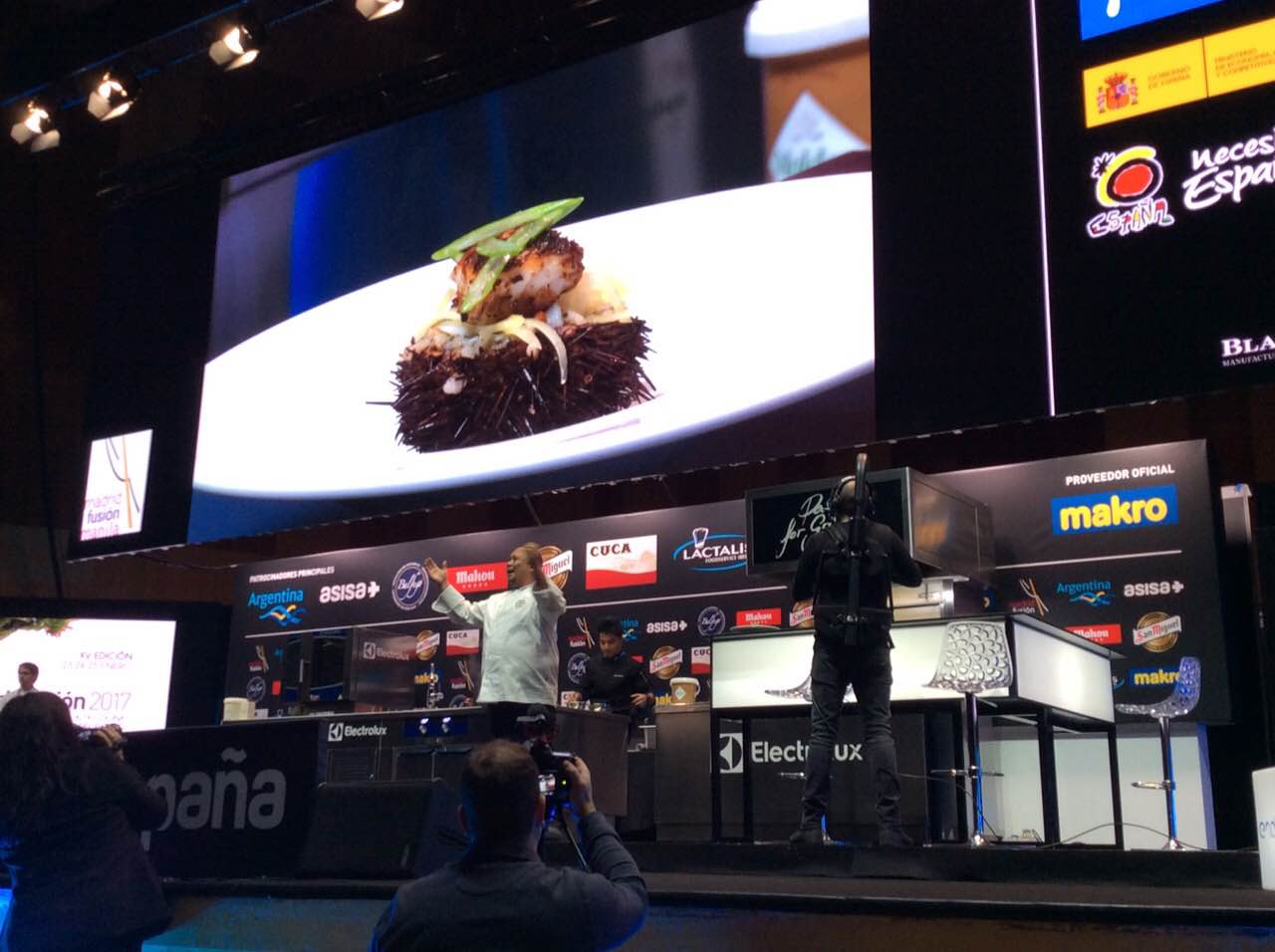 Chef Tatung Sarthou was applauded after his demonstration

Madrid Fusión Manila chefs from 2015 and 2016 and those who will be in the 2017 edition, together with Director Covar-Buensuceso were then introduced to the audience.

The Philippines capped the launch by hosting cocktails at the Tatel Restaurant in the evening of 24 January 2017.

Madrid Fusión Manila 2017 is again expected to be big success in bringing together some of the most distinguished names in the world of gastronomy, as it did in its two previous editions.  Its 2016 edition saw 1,436 congress delegates, 8,616 trade expo attendees and 224 exhibitors.

Madrid Fusión Manila 2017 forms part of this year’s celebration of the 70th anniversary of the establishment of diplomatic relations between the Philippines and Spain.