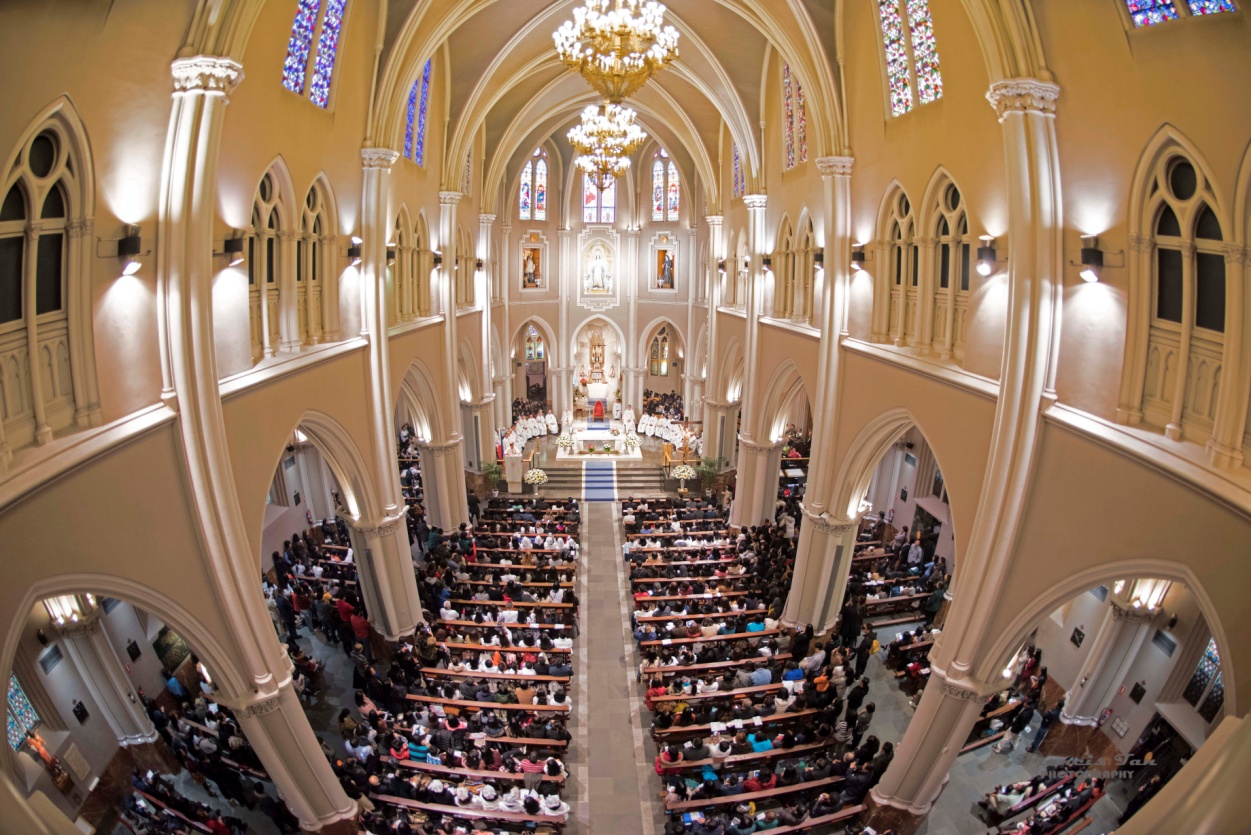 Close to 1,500 people flocked to the Basilica Parroquia de la Medalla Milagrosa in Madrid, Spain last 03 April 2016, when the Philippines’ Cardinal Luis Antonio G. Tagle (the Archbishop of Manila) celebrated the Holy Mass for the Filipino community in Spain.  Concelebrating with Cardinal Tagle were no less than the Archbishop of Madrid, Carlos Osoro Sierra; Monsignor Santiago de Wit (who represented the Papal Nuncio to Spain, Bishop Renzo Fratini); the Provincial Superiors/Vicars of the Augustinians, Carmelites, Redemptorists, SVDs, Recollects, Franciscans, Scollapians, Vincentians and other religious congregations in Spain; as well as by several other Filipino and Spanish priests.  In addition to Filipinos based in Madrid, busloads of Filipinos from other parts of Spain including Bilbao, Malaga , Barcelona and Valencia attended the celebration.  The Basilica Parroquia de la Medalla Milagrosa is one of the largest basilicas in Spain, yet it was not big enough for the number of people who turned up for the occasion.  The Cardinal’s Mass coincided with the Church’s celebration of Divine Mercy Sunday.

In his homily, Cardinal Tagle shared his reflections on the limitless and unconditional mercy of God.  He urged those in attendance to believe and celebrate the truth that God always stands ready to forgive and welcome the repentant sinner.  He then asked everyone to exercise mercy and forgiveness in their own lives, especially towards those who have (intentionally or otherwise) sinned against them.

Shortly before the conclusion of the Mass, Archbishop Carlos Osoro Sierra took the opportunity to thank the Cardinal for his visit, and asked all Filipinos in Spain to continue reinvigorating the faith of their Spanish employers and of Spaniards in general, through the living example of their own faith.  He also lauded Ambassador Salinas for the wonderful work he is doing as ambassador, particularly for his efforts to broaden and deepen the areas of cooperation between Spain and the Philippines, as well as to protect and advance the welfare and interests of Filipinos in Spain and Andorra.

For his part, Ambassador Salinas (aside from thanking the Cardinal and all those who helped in making the event a great success) highlighted the higher significance of the event saying, “It is neither a coincidence that this Holy Mass is being held in this Basilica de la Virgen Milagrosa.  Our Blessed Mother, in her love and care for her children, must have designed it so that we can gather here to make this Mass possible, given that everyone had a very short period of time to organize everything.  It takes people to build the church, and it takes faith to move them and live by it.  So that no matter what obstacles there were, we are here and are deeply grateful to God for this event.”

After the Mass, the Cardinal gave an informal talk to the Filipino community wherein he shared the high esteem that foreigners (whom he met in his extensive travels abroad) have expressed about Filipinos – especially with regard to the depth of their Catholic faith, their resilience in the face of adversities, and their centeredness on the family.  He then urged them to continue living by such admirable values.