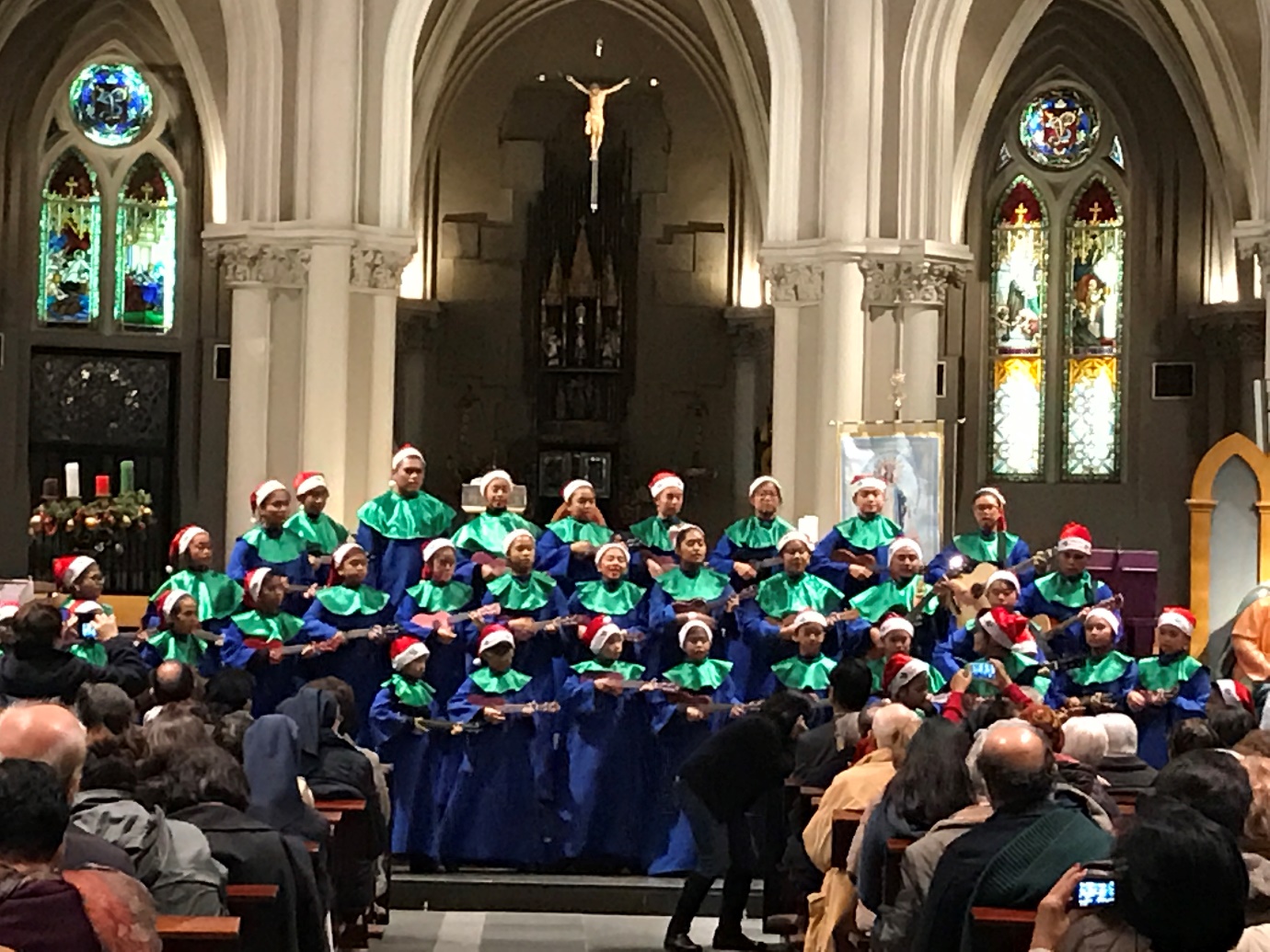 The Kudyapi Children’s Choir of Barcelona (Coro Kudyapi de Barcelona) once again swept its Madrid audience off its feet during its concert last December 18 at the Basilica Parroquia Virgen Milagrosa in Madrid, Spain.  The concert was organized by the Philippine Embassy in Madrid (in collaboration with the Centro Filipino of Barcelona and the Basilica Parroquia Virgen Milagrosa) with the end in view of enhancing Spanish people’s awareness and appreciation of Filipino music and culture.

Under the baton of its musical director, Mr. Arnel German, the choir enthralled its audience with its rich and varied repertoire which included English, Filipino, Spanish and Latin songs.  Classics such as “Benedictus” and “Ave Maria” left the audience speechless, while the choir’s rendition of “Twistin’ at the Hop” made them want to dance along with the beat.  Their other big hits that night included “Hakuna Mungu”, “La Cucaracha”, “Christmas Chopsticks” and “Duerme, Niño Jesus”.

The Barcelona-based choir was formed in 2004 to familiarize Filipino children born and raised Spain, with Filipino values and culture through music.  The choir has been charming audiences with its music, as well as on account of the youth and vivacity of its members (i.e., children from 5 years old to their early teens).   In September last year (2015), it gave a similarly well-applauded concert at the Parroquia de Nuestra Señora del Espino in Madrid.