Kudyapi Children’s Choir of Barcelona Holds a Concert in Madrid 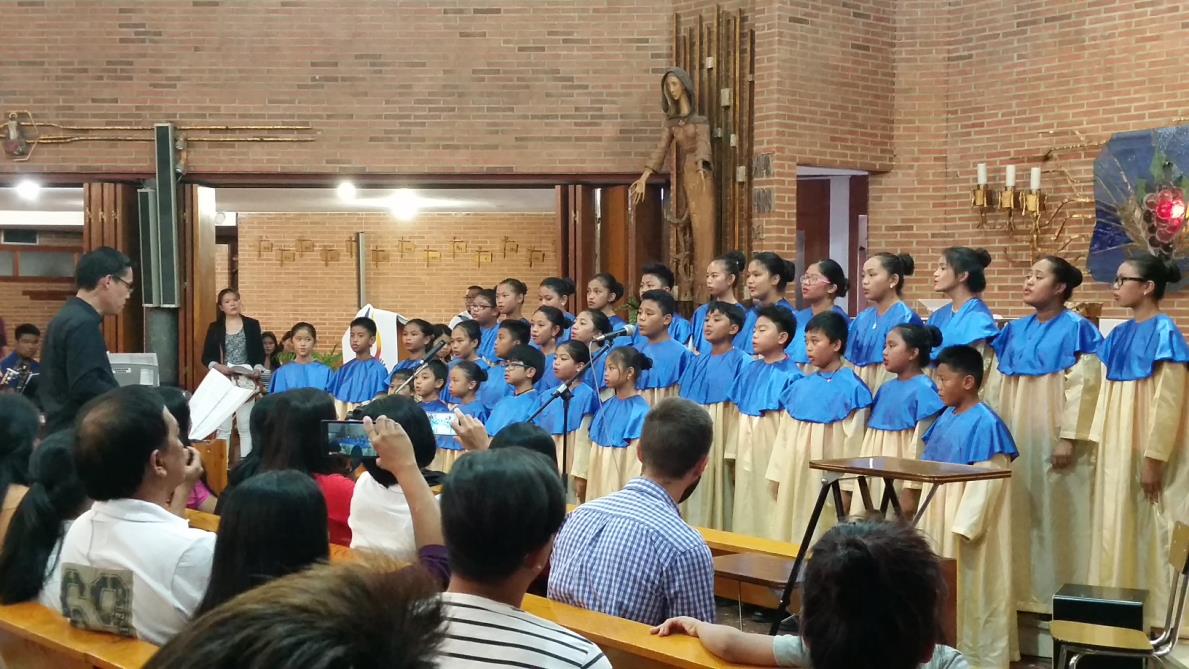 The Kudyapi Children´s Choir of Barcelona serenaded the Filipino community in Madrid yesterday, in a 45 minute concert at the Parroquia de Nuestra Señora del Espino, home of the Filipino chaplaincy in Madrid.  The choir is composed of thirty-one children from 5 to 14 years of age.

The Kudyapi Children’s Choir impressed their audience with their rendition of Filipino folksongs such as Bahay Kubo, Si Pilemon, Pobreng Alindahaw, and songs in other languages.  Their finale song I’m Yours, which was accompanied by banduria received a hearty applause from the audience.

The choir was formed in 2004 to familiarize Filipino children born and raised Spain, with Filipino values and culture through music.  The choir is managed by Centro Filipino´s Sister Paulita Astillero as adviser, Mr. Nats Sisma as director, and Mr. Arnel German as musical director.

The concert was organized by the Philippine Embassy in Madrid in coordination with Grupo Kudyapi, Centro Filipino for Returning Migrants and Parroquia de Nuestra Señora del Espino, headed by Father Rosendo Perez and Father Remigio Domino.