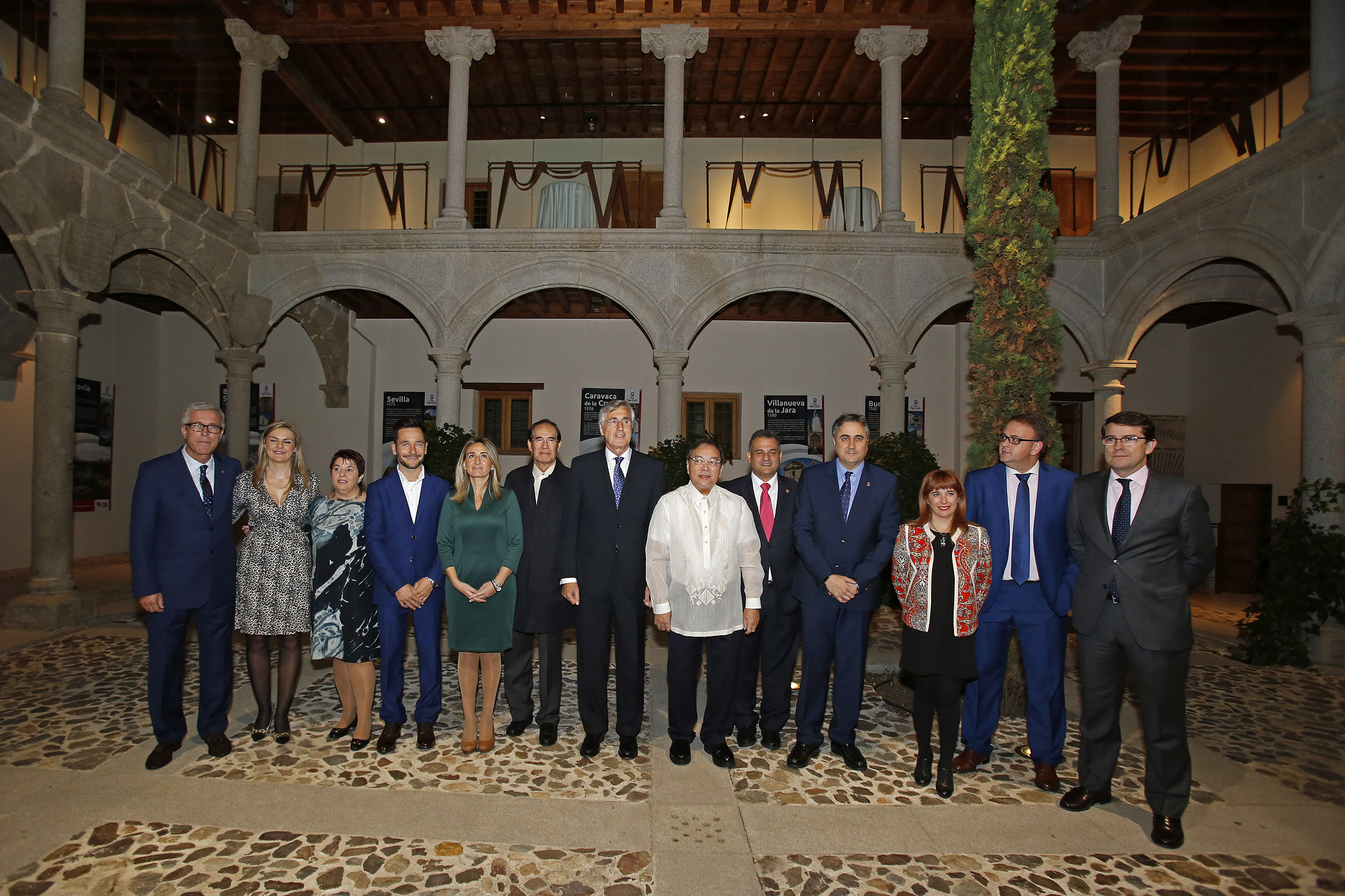 The Intramuros Administration was honored with the Heritage Prize 2015 by the Association of UNESCO World Heritage Cities of Spain in recognition of its efforts in protecting the Spanish colonial architecture in Manila, at a ceremony held on 30 October 2015 in Palacio de los Verdugo, Ávila, the headquarters of the Association.

Ambassador Carlos C. Salinas accompanied Tourism Secretary Ramon R. Jimenez, Jr. and Intramuros Administrator Marco Antonio Luisito V. Sardillo at the awarding ceremony. Secretary Jimenez received the award from the Mayor of Ávila and the current Chairman of the Association. It was the first time that the Association has honored a foreign institution with the Heritage Award.

Secretary Jimenez expressed his appreciation for the award and recognized the importance of the partnership between the Intramuros Administration and the Escuela Taller de Filipinas in the restoration efforts of the walled city. He mentioned that hundreds of students of the Taller have contributed in the conservation of more than a dozen buildings inside the walled city of Intramuros.

Ambassador Salinas also expressed his gratitude to all the 15-member cities of the Association for the Heritage Award, which he said attests to the strong relations between the Philippines and Spain. He also expressed his congratulations to the DOT, IA and the Escuela Taller de Filipinas for the very efficient partnership. He further expressed confidence that an international recognition such as this and the strong relationship between the people of the Philippines and Spain, will promote tourism and economic development.

The Heritage Prize is an annual award given to institutions that work in the preservation, revival and promotion of Spanish historical and cultural heritage.

The Association was established in 1993 by the Spanish municipalities that are included in the World Heritage List of UNESCO. At present, the Association is composed of Alcalá de Henares, Ávila, Baeza, Cáceres, Córdoba, Cuenca, Ibiza, Mérida, Salamanca, San Cristóbal de La Laguna, Santiago de Compostela, Segovia, Tarragona, Toledo and Úbeda.