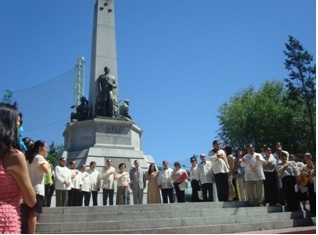 To commemorate the 150th anniversary of the birth of Dr. Jose Rizal, the Philippine Embassy in Madrid, led by Ambassador Carlos C. Salinas, inaugurated today a photo exhibit entitled Cronología de Rizal at the Metro station Islas Filipinas in Madrid.

The exhibit marks the first time that the Philippine Embassy has mounted a project in the Metro station that bears the country´s name.  This initiative will give regular commuters who use the station an opportunity to get to know the Philippines and its national hero whose monument stands some 100 meters outside the said metro station along Avenida de Filipinas.

After the exhibit inauguration, which was attended by members of the Filipino community and Metro de Madrid officials, the group proceeded to the Rizal Monument for the wreath-laying ceremony organized by the Knights of Rizal Madrid Chapter.

The actual wreath-laying was preceeded by a short programme featuring Rizal´s works – La Juventud Filipina and Sa Aking mga Kababata.  The message of the Knights of Rizal Supreme Commander in the Philippines was also read to the group that gathered to witness the ceremony.

To close the program, Ambassador Carlos C. Salinas, together with Mr. Rafael Rodriguez-Ponga, a member of the Spanish Congress from the Partido Popular, a known friend of the Philippines and Filipinista, laid the wreath made of laurel leaves and adorned with ribbons with the colors of the Philippine and Spanish flags, on Rizal´s monument. 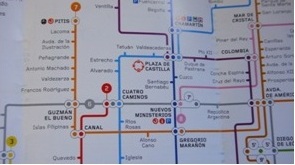 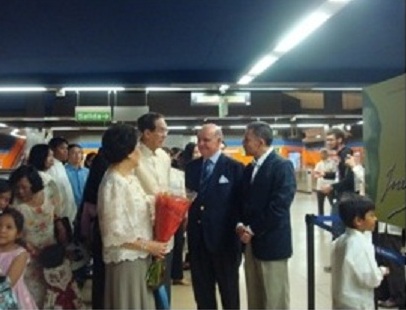