11 May 2015 – Over a thousand Filipino and Spanish nationals  danced the night away as world-class Filipino talent, Mr. Gary Valenciano, also known as “Mr. Pure Energy,” brought the house down in last night’s much-awaited benefit concert at the Teatro Circo Price in Madrid. 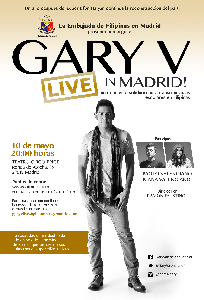 The show entitled “Gary V Live in Madrid,” a project of the Philippine Embassy, was a benefit concert for the construction of classrooms in Samar Province, through the Aklat, Gabay, Aruga Tungo sa Pag-Angat at Pag-Asa (AGAPP) Foundation. 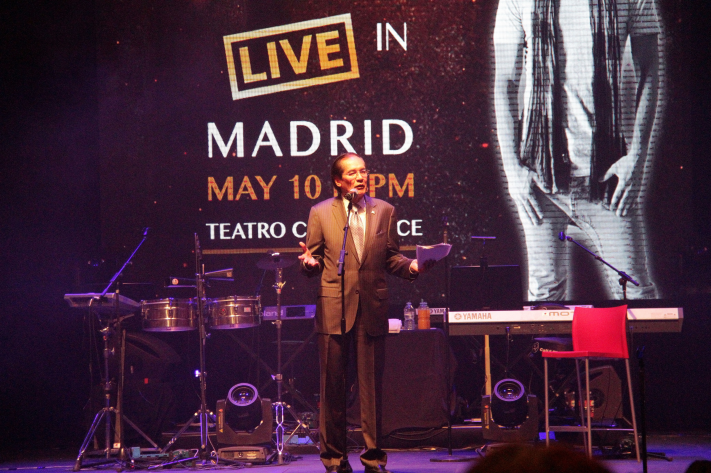 Amb. Carlos C. Salinas delivers his remarks before the concert.

In his welcome remarks,  Ambassador Carlos C. Salinas announced that “Gary V Live in Madrid” was organized for the purpose of contributing to the education of Samar’s children. The concert was also intended to bring Gary V to the Filipinos in Madrid and to showcase exceptional Filipino dance and music talent to the international community enthusiastic and responsive audience. 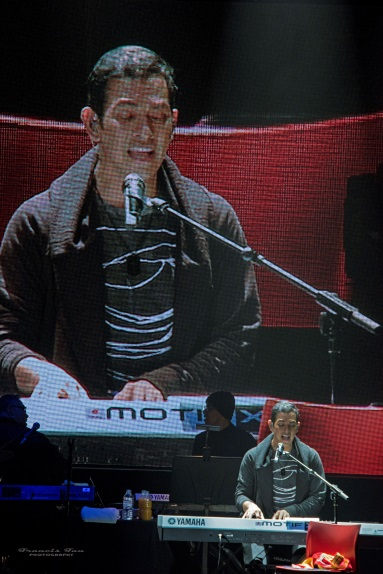 For two and a half hours, Gary shared his greatest hits among which were Hataw Na, Eto Na Naman, Huwag Mo Na Sanang Isipin, You Got Me Working, Look In Her Eyes,  Shake It Off, and Di Bale Na Lang.  His children, Kaina and Paolo joined him on stage for a couple of powerful duets. In support of the Embassy’s campaign for Oversees Absentee Voters’ registration, he appealed to the Filipinos’ spirit of nationalism with the song, Galing ng Pinoy, and encouraged them to register for the 2016 national elections. Needless to say, with Mr. Pure Energy’s vintage spectacular performance, it was a memorable night for Madrid.