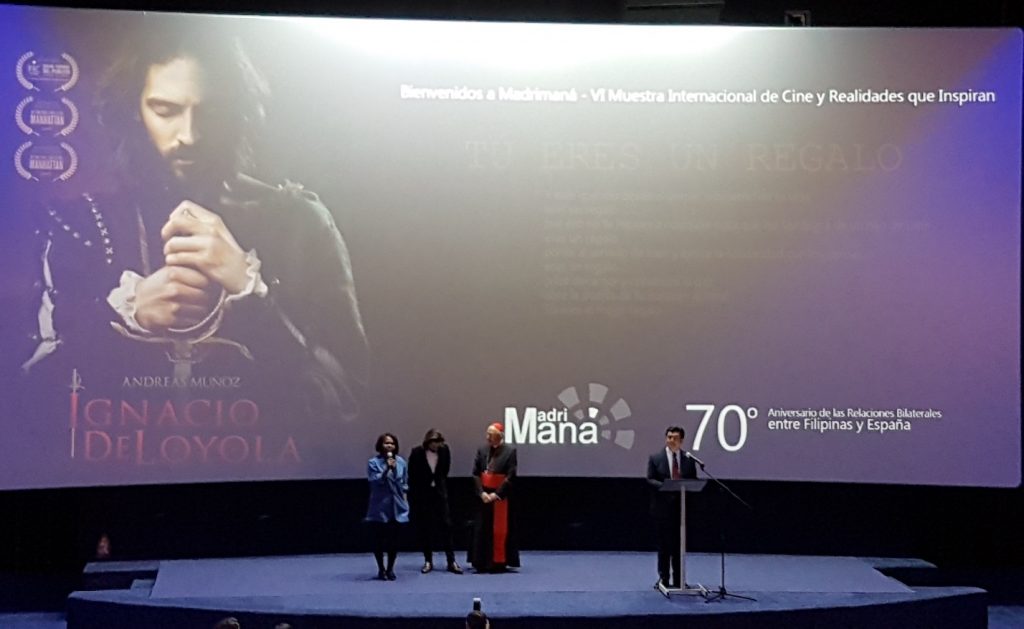 “Ignacio de Loyola”, a film jointly made by Filipino filmmakers and Spanish actors, enthralled its Spanish audience on its premiere night last March 4 at the Cines Dreams in Palacio de Hielo.

The film’s premiere formed part of the celebration of the 70th anniversary of the establishment of diplomatic relations between the Philippines and Spain. It was also part of the 6th edition of Madrimaná Film Festival, a film festival organized by the cultural arm of the Archdiocese of Madrid and the non-profit organization, Madrimaná Association.

“Ignacio de Loyola” was produced by Jesuit Communications (JesCom), the media arm of the Society of Jesus in the Philippines. The film is JesCom’ss first foray into producing a full-length film.

The production team behind the movie is composed of award-winning names in the Philippine film, music and advertising industries, among them, Mr. Paolo Dy as director, Ms. Pauline Mangilog-Saltarin and Ms. Ernestine Tamana as producers, Ms. Lee Briones Meily as lighting director, and Mr. Ryan Cayabyab for the musical scoring. The cast, on the other hand, is composed of Spanish actors. 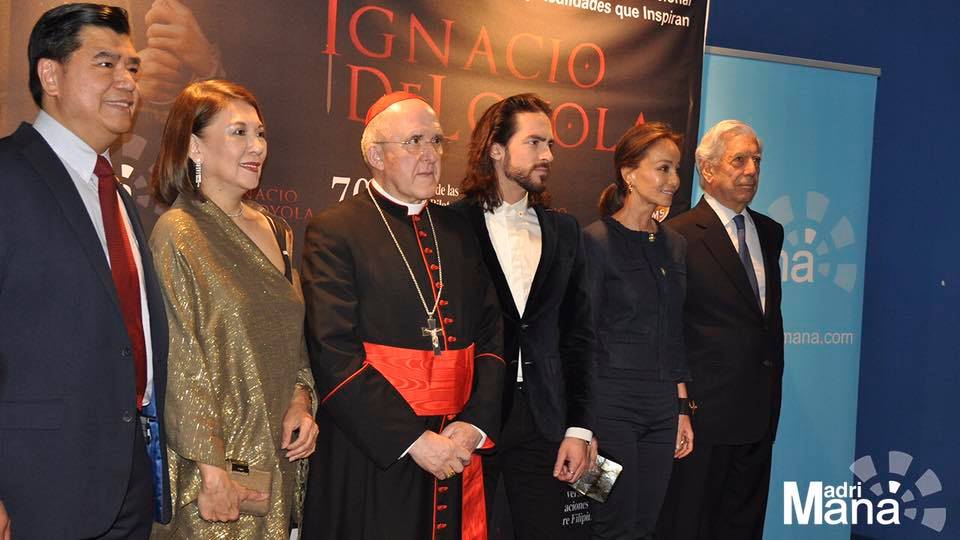 In his remarks during the premiere night, CDA Fernandez described the film as a “shining example of how well Filipinos and Spaniards can work together on projects that could benefit not only Spain and the Philippines, but the world community in general. This film is destined to touch the lives of many people around the world in a very positive way. And it gives me pride to say that it is the result of the collaboration between very talented Filipino filmmakers and equally talented Spanish actors.”

He added, “I cannot think of a more appropriate time to launch this film in Madrid than this year because the year 2017 marks the 70th anniversary of the establishment of the diplomatic relations between the Philippines and Spain. It is a year for us to celebrate the friendship between our two countries…but it is also a year during which we must look beyond our mutual accomplishments and search for other, broader ways of collaborating with one another. If the Filipino and Spanish talents who worked together on this film could produce something as splendid as this, then there is no reason for us to doubt that our two countries and our respective peoples could accomplish many more wonderful things in the years ahead.” 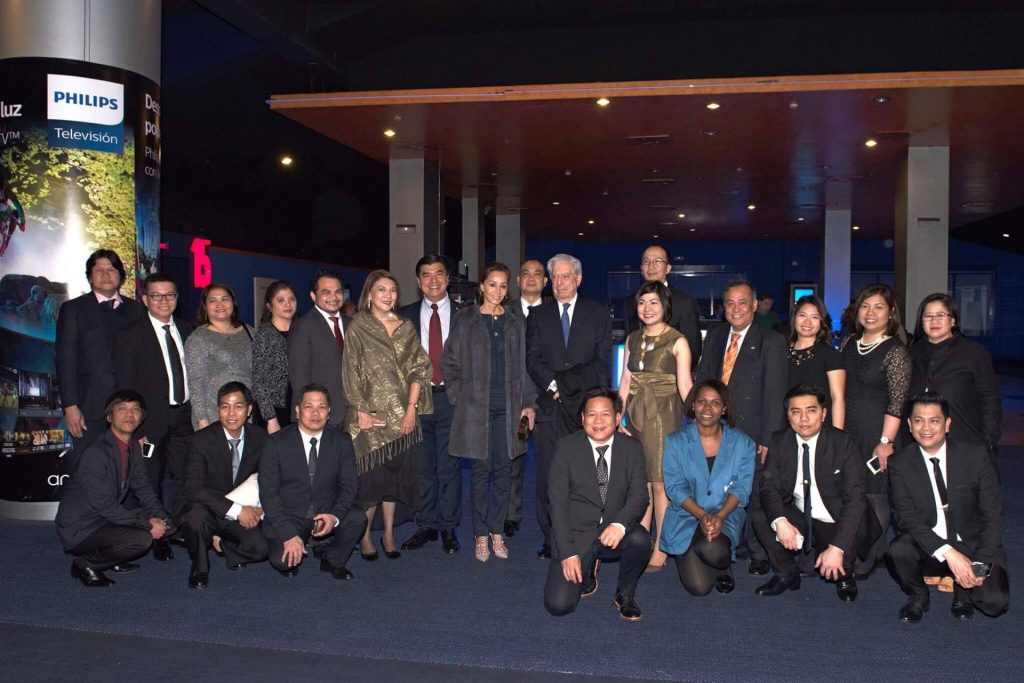 The officers and staff of the Philippine Embassy in Madrid, and Madrimana Festival Director Teresa Okobo (in blue) pose with Ms. Preysler and Mr. Vargas Llosa.

“Ignacio de Loyola” will be released to the Spanish public in May.

The film was shown in the Philippines in July 2016 and was graded A by the Cinema Evaluation Board in the Philippines. It received a nomination for Best Picture at the 2016 New York International Film Festival. The film also won the Audience Choice Award at the 2016 Festival Internaciónal de Cine con Valores in Guadalajara, Mexico.