Under the leadership of Philippine Ambassador to Spain Philippe Jones Lhuillier, the Philippine Embassy in Madrid in collaboration with the Philippine Overseas Labor Office, successfully held the 2nd National Congress of Filipino Leaders in Spain and Andorra from 28 to 29 October 2017 at Casa Provincial de Las Hermanas de Caridad in Madrid, Calle General Martinez Campos, 18, Madrid. This is a sequel to the first FilCom Leaders’ Congress which was held last 20 to 21 September 2014, also in Madrid.

A total of 328 participants from all over Spain and Andorra, representing 61 organizations and non-affiliated individuals, registered for this year’s two-day Congress. 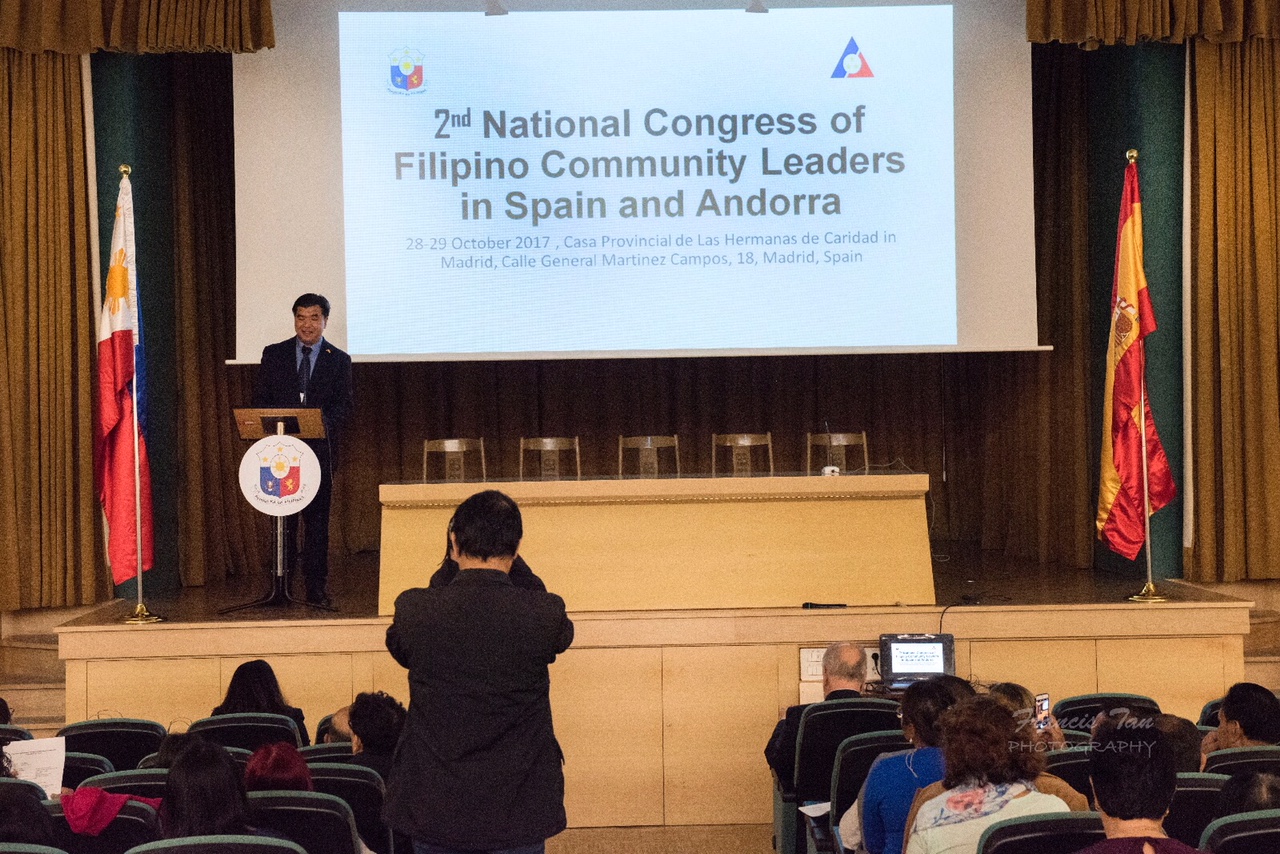 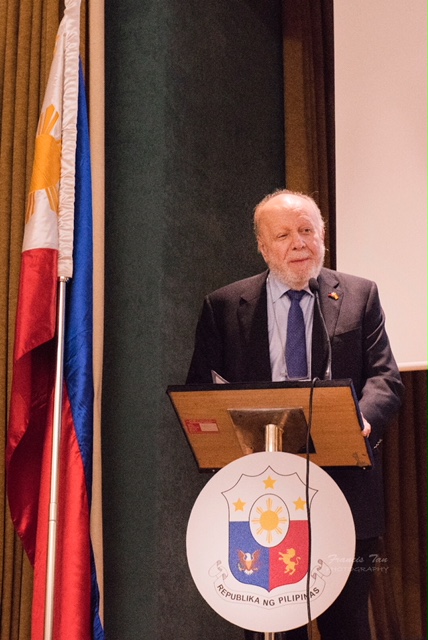 Ambassador Lhuillier delivered his message to the participants, in which he expressed his pleasure and admiration for the overwhelming attendance and support of the Filipino community to the Congress, a clear demonstration of their desire to be fully informed and capacitated so that they can be effective partners of the Philippine Embassy in uplifting the lives of their fellow Filipinos and become better citizens of the Philippines and of Spain, their second home. He also shared his vision of establishing a Philippine Center that will showcase the best things that the Philippines and Filipinos can offer to Spain as well as a one-stop shop for all the needs of the Filipino community. He asked for help and support from the community, thru their ideas,  suggestions, and feedback,  on how government service can be better improved and delivered to them.  In the same vein, he encouraged the formation of a Federation of Filipino Community Organizations in Spain and Andorra — a united Filipino community, one in voice and action, an empowering and negotiating force. 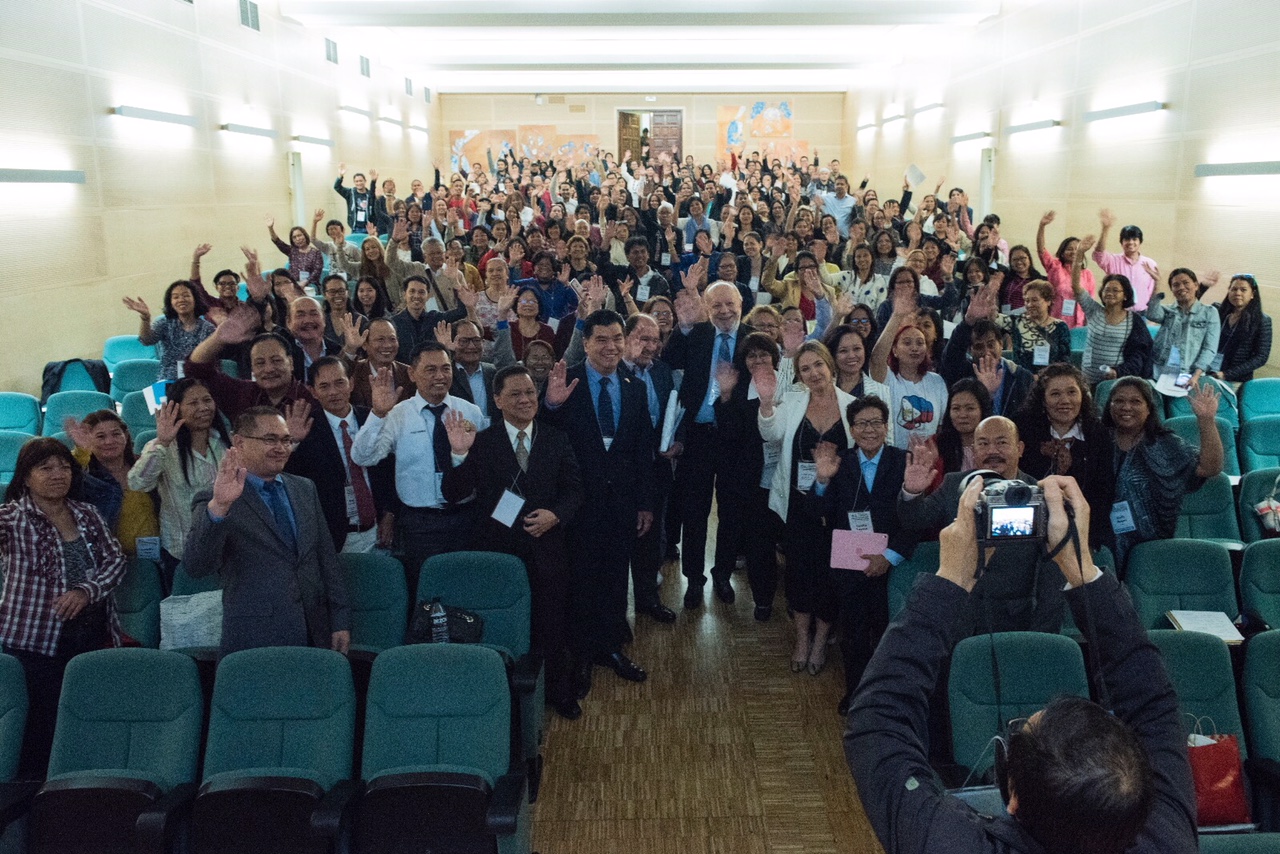 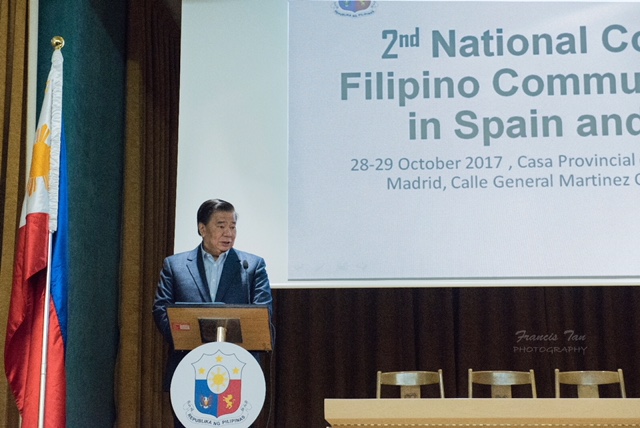 Each session was then followed by an Open Forum, which allowed participants to ask questions and seek further clarifications on their concerns. 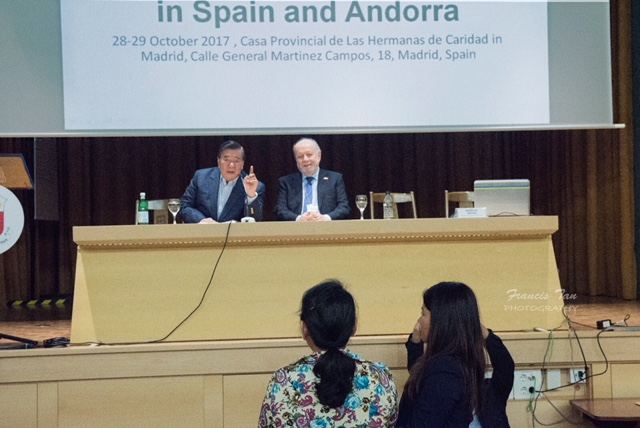 Three (3) participants were selected to share their experiences, thru a “talk show format,” on availment of Embassy services, their ideas on how to improve service delivery, their feedback about the conduct of the Congress and suggestions for the holding and content of future Congresses. 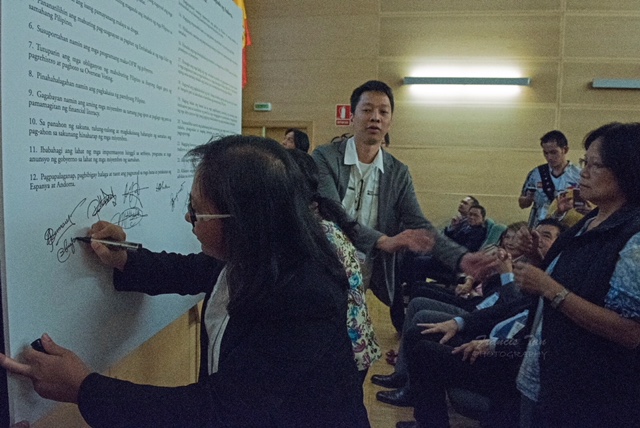 A highlight of the two-day event was the signing by the Filipino community leaders/representatives of a Manifesto, consisting of 23 items, which they commit to do for the betterment of their community, the Philippines, and Spain.  The earliest participant who arrived at the venue during the second day, Enriquieta Luceña, presented the Manifesto to Ambassador Lhuillier.

The Congress was made more fun and exciting throughout by raffle draws, with prizes mainly of Philippine food/drink products and “Support our Troops” T-shirts contributed by Ambassador Lhuillier and a set of Duterte wines by Atty. Abiertas-Tenorio.