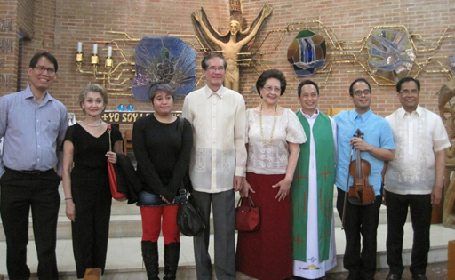 17 June 2013 – The Philippine Embassy in Madrid reported that the Filipino Chaplaincy in Madrid, in close coordination with Post, organized a mass in Nuestra Señora del Espino in Madrid on 16 June 2013 to commemorate the 115th Anniversary of the Proclamation of Philippine Independence. 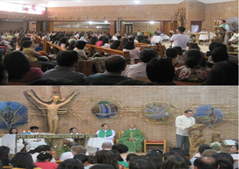 After the celebration of the mass which was attended by members of the Filipino community, the undersigned read the message of President Benigno S. Aquino to the Filipino Community overseas and gave his own brief remarks on Post´s activities for Mes Filipino and introduced violinist Mr. Alfonso Bolipata. 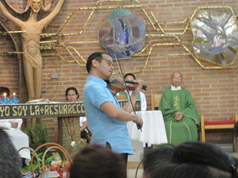 Mr. Bolipata performed two Original Pilipino Music (OPM) songs, “Bituin Walang Ningning” and “Sana´y Wala ng Wakas,” for the occasion.  Members of the community were singing along to the songs while he played.  Mr. Bolipata is currently in Spain for a series of concerts organized by Post in Madrid and Cadiz.