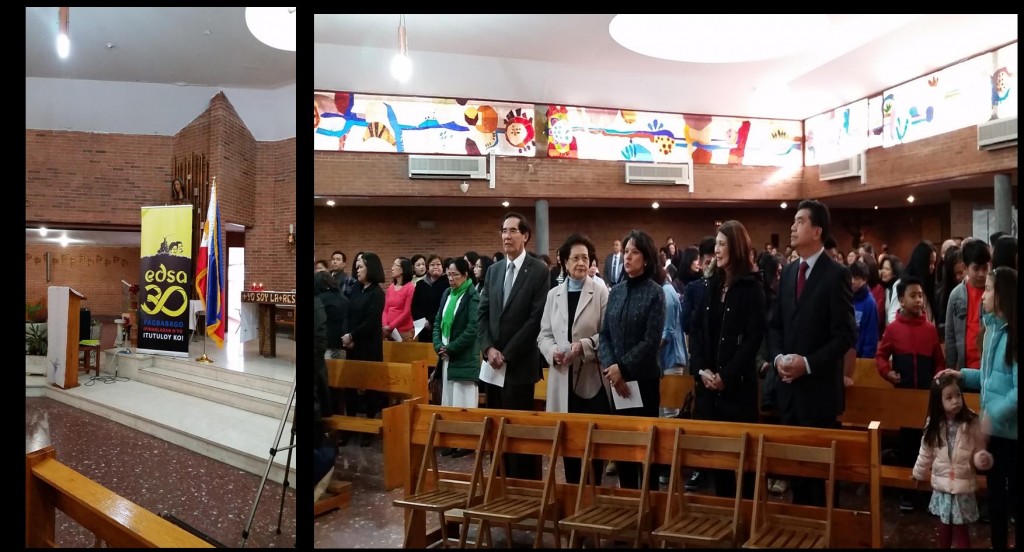 Before the start of the program, everyone singing Bayan Ko.

The Filipino Community in Madrid commemorated the 30th Anniversary of the EDSA People Power Revolution at the Parroquia de Nuestra Senora del Espino on Sunday, 21 February 2016. 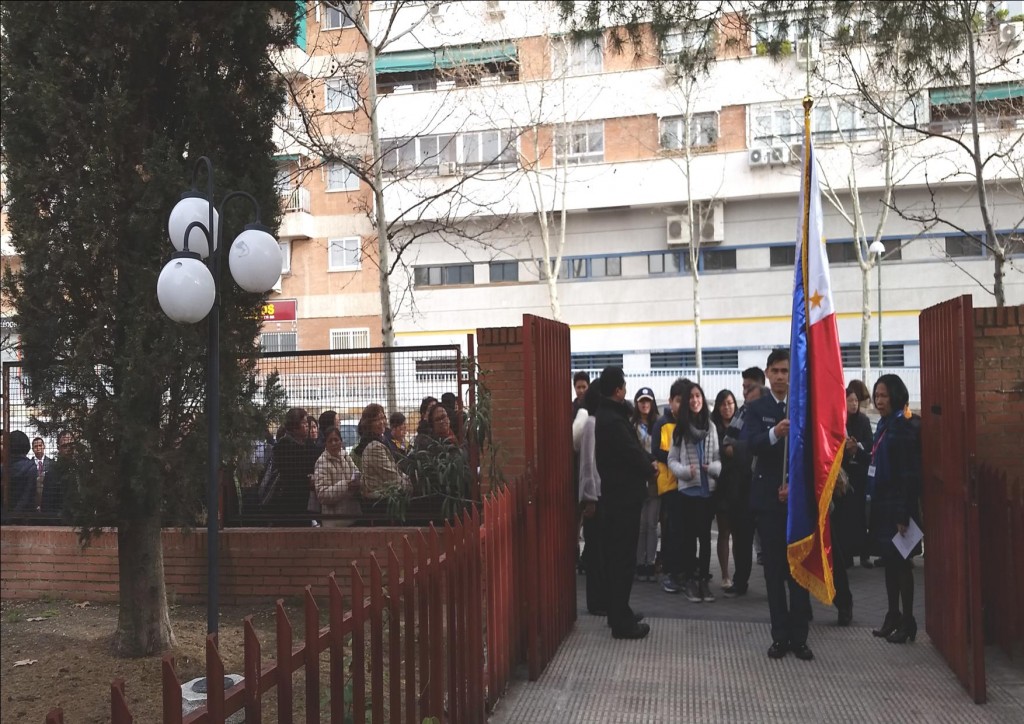 Filipino community preparing for the short parade going inside the parish church. 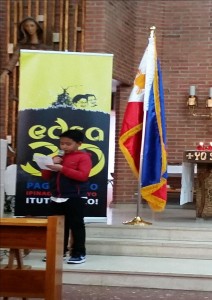 Elizer Lubis Reading the text of the children’s book EDSA.

A Filipino boy named Elizer Lubis then read the children´s book EDSA, which was written by Palanca finalist Russell Molina and illustrated by Peter Pan Prize winner Sergio Bumatay III.  The book captures details of the revolution, seen through the eyes of a child.  It was published by Adarna House in partnership with the EDSA People Power Commission.

Ambassador Carlos C. Salinas, in his message, reminded everyone that EDSA People Power Revolution was brought about by one man’s decision “to do what is right.”  He added, “Ninoy knew in his heart that the chance to help change the Philippines for the better would not come around often.  And he took that chance, eventually sparking an unprecedented show of humanity that astounded the rest of the world:  the 1986 EDSA People Power Revolution – a glorious moment in the recent history of the Filipino people.” 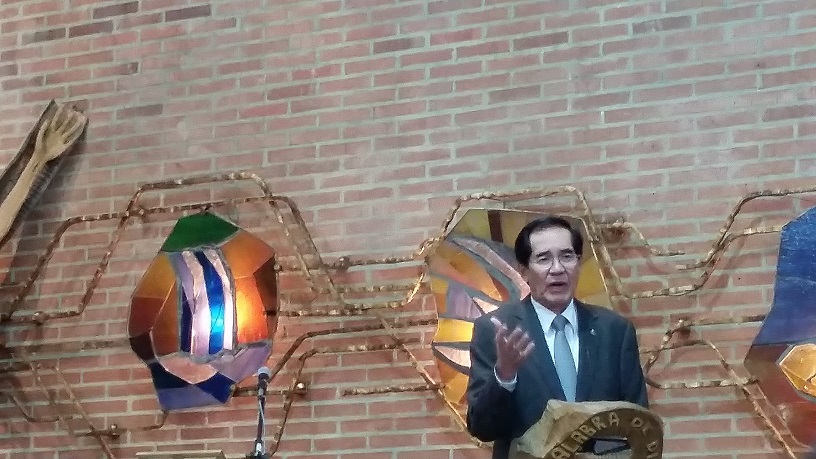 Addressing the Filipino community, he continued, “And so to you, young men and women of the Filipino community, we pass on that torch of hope.  Change is your legacy, lay claim to that entitlement and safeguard it with all you’ve got.  Let us honor our heroes by being the change we want to see in this world.  With utmost gratitude, let us say, ‘Pagbabago, ipinaglaban nyo, itutuloy ko!”

The event ended with the community singing of “Handog ng Pilipino sa Mundo.“