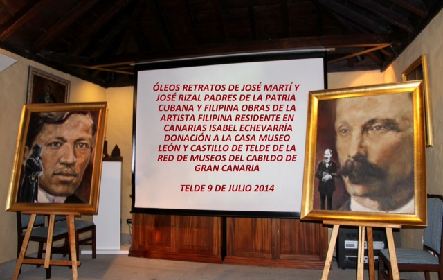 21 July 2014 – The Philippine Embassy in Madrid reports to the Department that Ms. Isabel Echevarría, a Filipina artist-in-residence of Las Palmas de Gran Canaria in Spain, donated the portraits of Dr. José Rizal of the Philippines and José Martí of Cuba at the Casa Museo León y Castillo in Telde, Gran Canaria on 09 July 2014. The paintings will be part of the permanent collection of the Museum.

The two paintings which were done in acrylic and oil on canvass by Ms. Echevarría will be displayed alongside the important historical figure of Telde, Mr. Fernando León y Castillo. 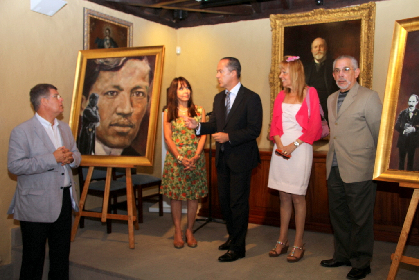 The Museum was established in 1954 to honor to Juan and Fernando León y Castillo, brothers born to a noble family in Gran Canaria who have dedicated their lives to solidarity and harmony, one as engineer and the other as a politician and diplomat, respectively 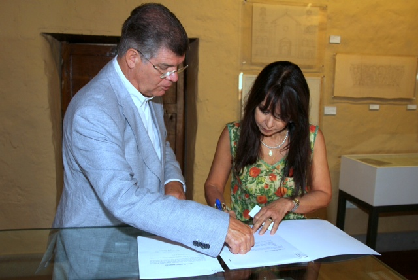 During the ceremony, famous literary works written by both heroes were presented.  The “Yugo y Estrella” of José Marti was read by Mr. Juan Francisco Gonzalez Diaz, a Cuban poet and narrator, while the “Mi Ultimo Adios” of Dr. José Rizal was read by Ms.  Rosario Valcárcel, also  a poet and narrator.

Ms. Echevarría expressed that it was an honor for her to bring together important historical figures of the past through her paintings.  Both personalities were of great influence in the history of not only the Philippines and Cuba, but also of Spain.