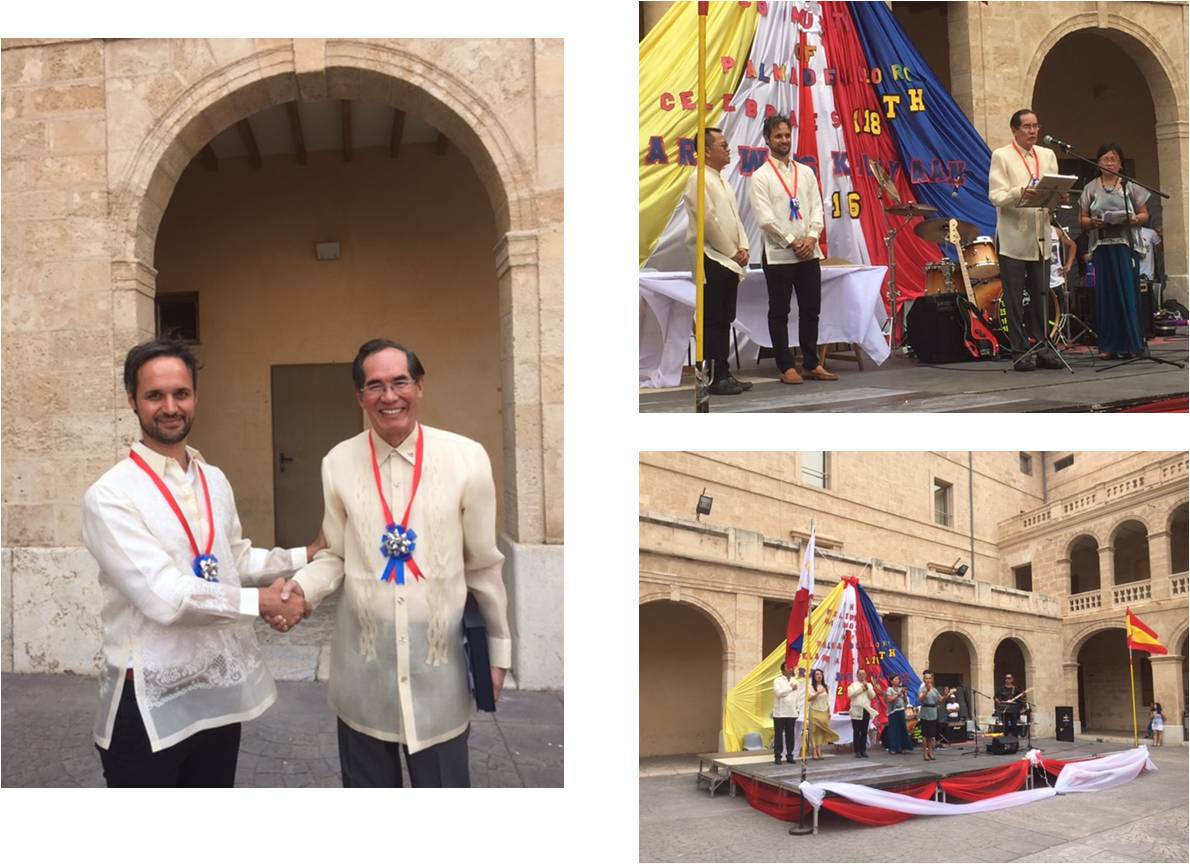 The 118th Philippine Independence Day celebration in Palma de Mallorca was held at the historic site of La Misericordia,  on an unusually windy day. The Filipino community gathered together to celebrate the occasion with food, song and dance. The event was organized by the Filipino Community in the Balearic Islands.

The celebration started with the singing of the Lupang Hinirang and the Spanish national anthem.  Ambassador Carlos C. Salinas then welcomed the guests with this year’s theme of Kalayaan 2016 –Pagkakaisa, Pag-aambagan, Pagsulong, affirming our belief in our country and fellowmen. He reminded the crowd that “the commemoration of this historic milestone and the human spirit could not have been attained without the valor and cooperation of our Filipino heroes”. He called on every Filipino to continue to be united for the good of their country. Ambassador Salinas also thanked the FilCom for their support to the Embassy during all these years.

On behalf of Mr. Jose Rene Almendras, Secretary of Foreign Affairs of the Philippines, Ambassador Salinas presented a certificate of appreciation and merit to Honorary Consul General Juan Torrente Blanch for his 18 years of dedication and commitment to the Filipinos in the Balearic Islands. Ms. Erlinda Baclayen received the said certificate on Mr. Torrente’s behalf.

Ambassador Salinas also took the opportunity to present to the Filipino community the new Honorary Consular Officer, Mr. Pablo Martín Peré. He took his oath as Honorary Consular Officer for the Balearic Islands, holding his office in Palma de Mallorca, on 14 June 2016.  As a practicing lawyer and a former Congressman, the Embassy is confident that Mr. Martín will continue to promote the interests of the Philippines and safeguard the rights and welfare of Filipino nationals in the Balearic Islands.

Mr. Martin greeted the guests in Tagalog and said that he looked forward to working closely with the Filipino community.  He assured the Ambassador and the Filipino Community that he will keep his oath to partner with the Embassy in promoting the welfare of Filipinos, protecting their rights and strengthening Philippine trade and tourism.