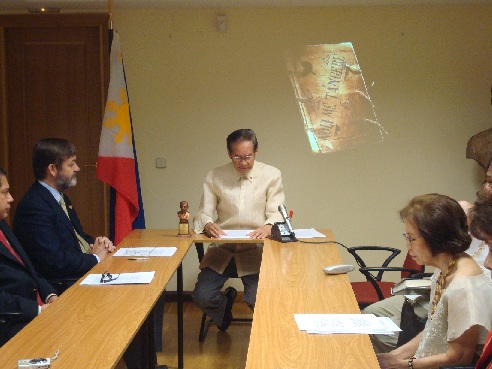 The Knights of Rizal, in cooperation with the Philippine Embassy in Madrid and the Philippine Consulate General in Barcelona, organized a non-stop reading of the Dr. Jose Rizal´s book, Noli Me Tangere, as part of its celebration to commemorate the 150th anniversary of Rizal´s birth on 18 June 2011.

The Knights of Rizal expressed hope that the non-stop reading will rekindle interest in Rizal and works in Spanish by Filipino writers.

The non-stop reading began at the Sentro Rizal, which is located at the Chancery of the Philippine Embassy in Madrid, on the morning of 18 June 2011.

The first reader was Ambassador Carlos C. Salinas and was followed by Mr. Rafael Rodriguez-Ponga, a diputado (member of congress) and known Filipinista, from the Partido Popular.

Members of the Knights of Rizal and the Embassy also formed part of the group that read the first few chapters of the novel.

After the reading at the Embassy, Filipino community members continued the reading at the Museo Nacional de Antropología, Viva Madrid (a Madrid restaurant frequented by Rizal and his friends), Barcelona, and Sevilla to name a few.

The reading ended at exactly 12 midnight in time to usher in the 150th Birth Anniversary of the Philippine National hero´s birth at the Philippine Overseas and Labor Office (POLO) in Madrid. 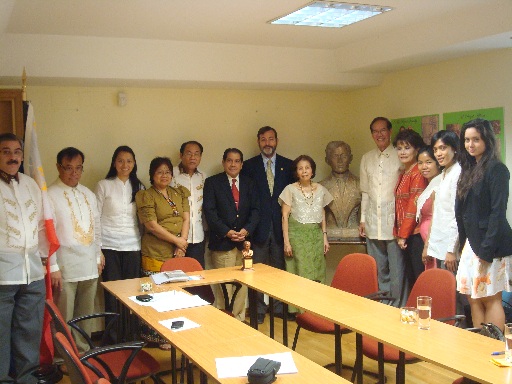