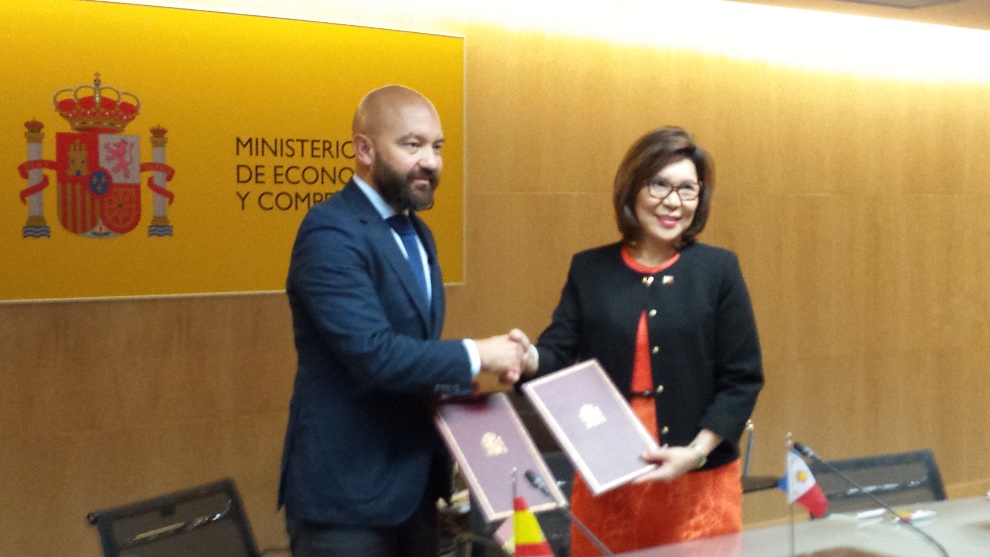 Philippine Tourism Secretary Wanda Tulfo-Teo and Spanish Secretary of State for Trade Jaime García-Legaz signed a Memorandum of Understanding for the promotion of Madrid Fusión Manila 2017 on 10 November at the Ministry of Economy, Industry and Competitiveness (MECD) in Madrid.

In her remarks, Secretary Teo described the huge success of the two previous editions of the Madrid Fusión Manila (MFM) and expressed enthusiasm for the expected bigger success of the upcoming edition, themed “Towards a Sustainable Gastronomic Planet.”

She also thanked the MECD and ICEX for their support and active participation in MFM, noting that it has helped place international spotlight on Philippine cuisine, spur tourism and create awareness and demand for Philippine agricultural and food products. 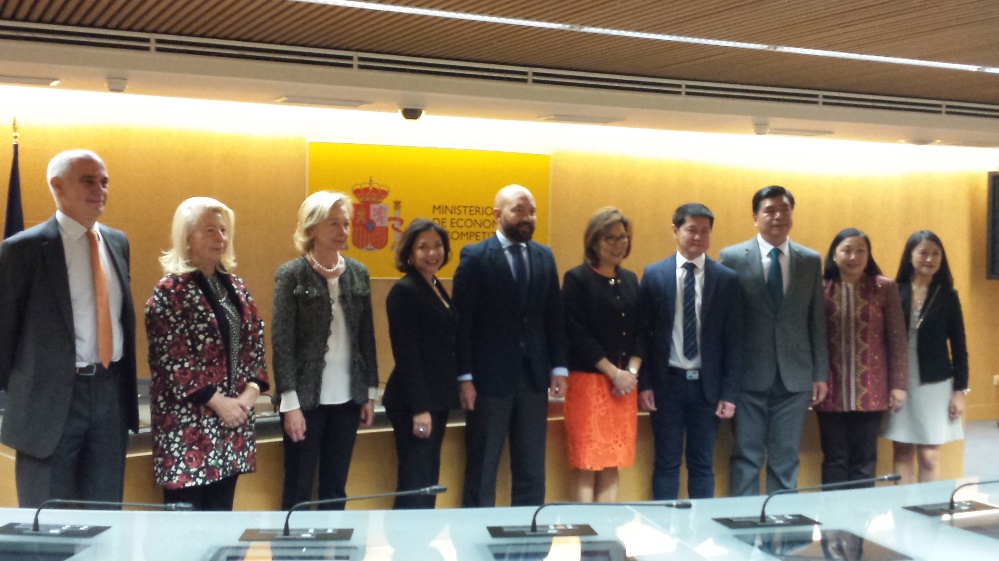 Secretary Tulfo-Teo and Secretary of State García-Legaz together with representatives of Foro de Debate, Arum Estrategias, the Philippine Embassy in Madrid and officials of the Department of Tourism

Secretary of State García-Legaz, for his part, noted that “the Philippines has, on its own, the right to be called the star of gastronomy in Asia” and expressed pleasure at being a contributor to this success.  He noted that the first two editions of Madrid Fusión Manila exceeded expectations and that Spanish cuisine is currently receiving a boost from the decision of many Spanish restaurants to establish presence in the Philippines.

The 2016 edition of the Madrid Fusión Manila was held from 7 to 9 April 2016 at the SMX Convention Center. It saw over 8,600 expo attendees, 224 trade expo booths and 1,436 delegates in the international gastronomy congress.