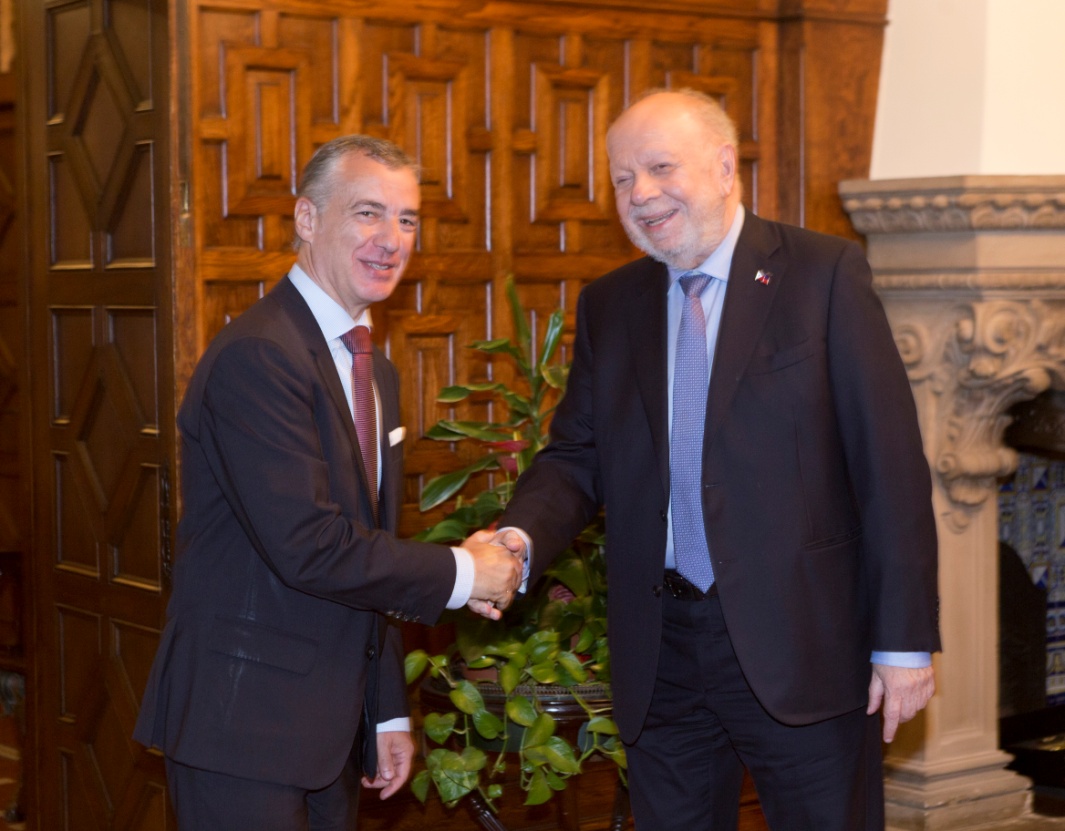 Figure 1. (Left) Lehendakari Íñigo Urkullu (President of the Basque country) shakes hands with Ambassador Philippe J. Lhuillier, who presented on trade and investment opportunities in the PH and ASEAN 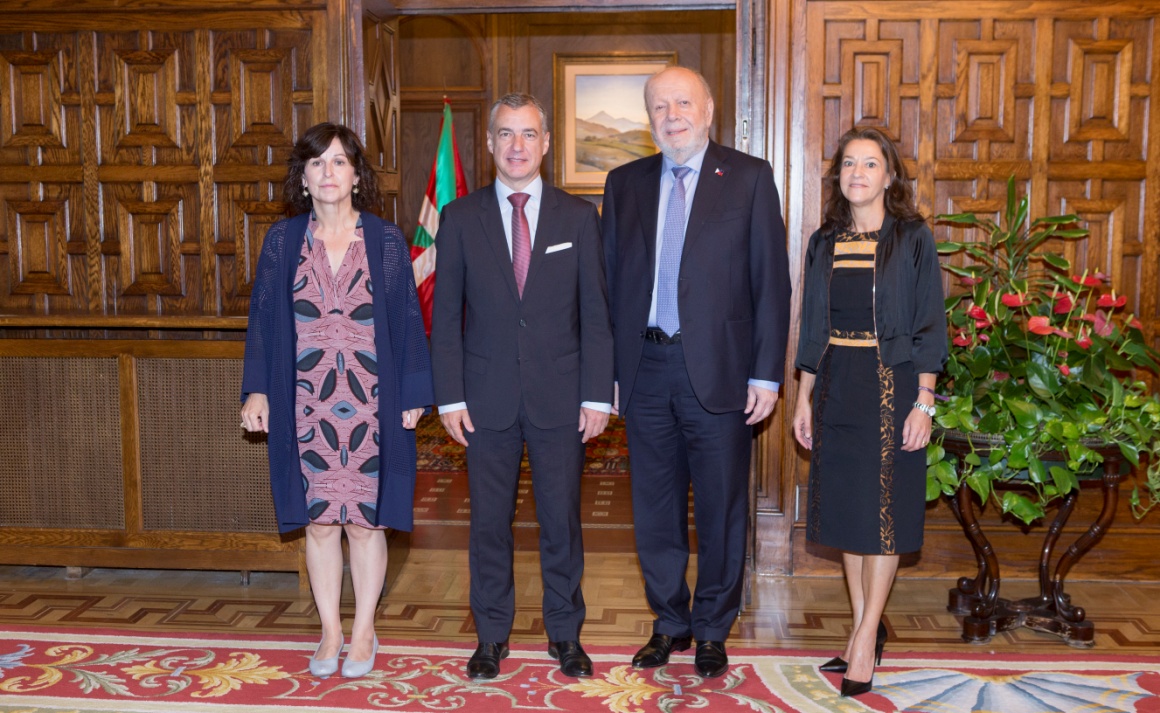 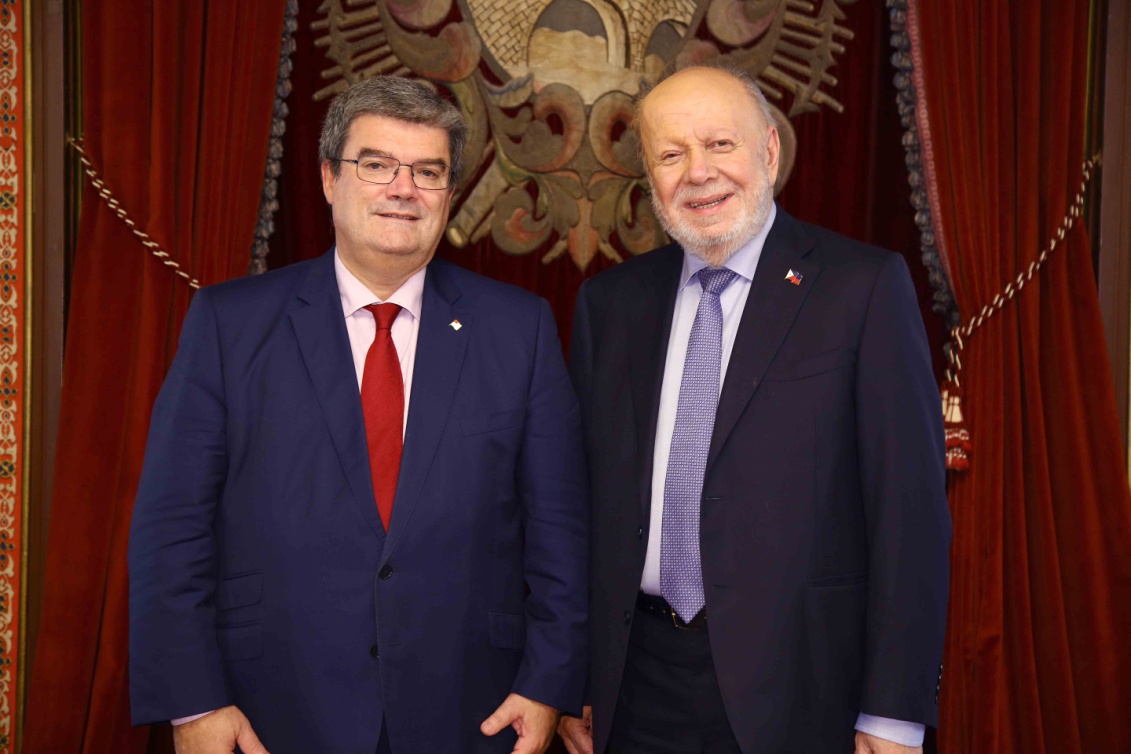 Figure 3. Mayor of Bilbao, Mr. Jose Maria Aburto and Ambassador Lhuillier, who discussed, among other things, the need for closer cultural cooperation between Bilbao and cities in the PH 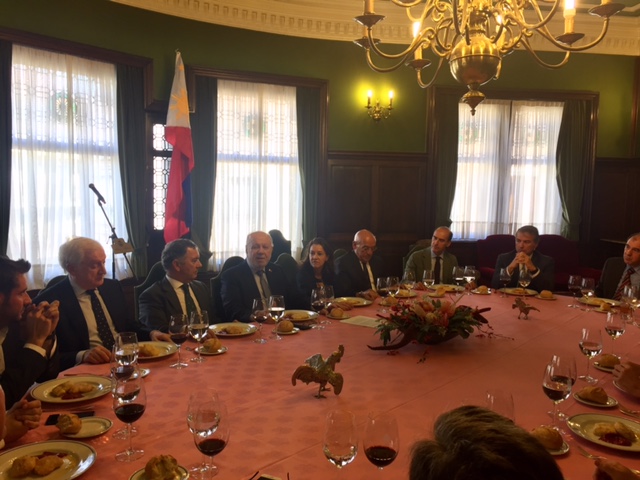 In his first official visit outside Madrid, Ambassador Philippe J. Lhuillier met with Lehendakari Íñigo Urkullu, President of the Basque country, the City Mayor of Bilbao Jose Maria Aburto, and businessmen from the region to promote opportunities for trade and investments in the Philippines. The meetings were held on 16 October 2017 at the Ajuria Enea Palace, Official Residence of Lehendakari, Vitoria-Gasteiz, and at the Bilbao Town Hall, respectively.

Ambassador Lhuillier highlighted President Rodrigo Duterte’s Build, Build, Build program for infrastructure development, the Philippines’ key priority sectors for investment promotion and the advantages of conducting trade in the ASEAN region. The Basque officials expressed their appreciation to the Ambassador for his presentation and for bringing to their attention business opportunities in the Philippines and ASEAN. Both sides acknowledged the need to strengthen cooperation between the Philippines and industry leaders from the Basque country.

Other highlights of the visit were the discussion on coming up with sisterhood agreement projects for Bilbao and cities in the Philippines rather than a “sister city” program; and further establishing links between the famous Basque philosopher Unamuno and Jose Rizal. The Ambassador also hosted a working lunch with businessmen, members of Chambers of Commerce from the region, and representatives from the provincial government who have had experience in doing business in the Philippines.

In Spain, Bilbao is one of the leading producers of industrial, railway, aeronautical equipment, automobiles and other industrial tools and equipment. It is also known for its institutions devoted to culture, such as the Guggenheim museum.

The visit was organized by the Embassy with the Philippine Honorary Consulate General in Bilbao, led by Susana Palomino as Honorary Consul with jurisdiction over the Basque Country, La Rioja, Navarra, Cantabria, Burgos and Palencia.