The 118th Philippine Independence Day celebration in Barcelona started with a piano concert featuring Filipino-Spanish pianist J. Marina Gomez (who was trained at the Conservatori Superior de Música del Liceu) on 11 June 2016 at the Centre Sant Pere Barcelona.  The concert was organized by Grupo Concierto Filipino. 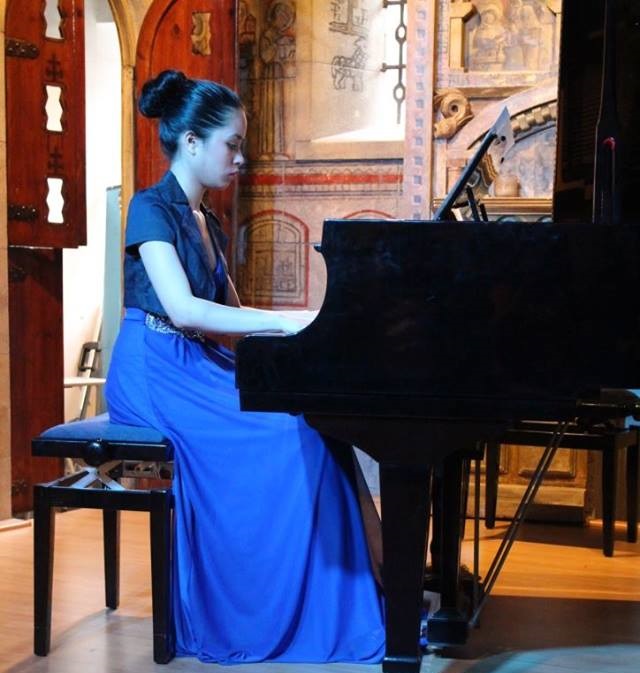 The highlight of the concert was the song “La Bella Filipina,” composed by Ignacio Massague, who was born in Igualada, but migrated to and later taught music in the Philippines.

The concert also showcased the talents of the Kudyapi Children´s Choir with their rendition of “Sucad Pa” and “Condansoy”.

The spectacular and very festive Barrio Fiesta capped the Kalayaan 2016 celebration on 19 June at Placa dels Angels. Philippine history and culture were featured through various dances from the pre-colonial, colonial and modern times. Dances like the Singkil, Mangyan, Banga, Pintados, Sinulog and Katipuneros were performed for the pre-colonial era. For the colonial era, Sakuting, Maglalatik, Bulaklakan, Malong, Sayaw sa Bangko, Pandanggo sa Ilaw  and Tinikling were danced.

Honorary Consul General Jordi Puig Roches, in his remarks, requested the support of the community in the reintegration of some Filipinos who have encountered difficulties and problems along the way, to help them start a new life.  He recalled that in his 2014 and 2015 Kalayaan Remarks, he requested for the unity and integration of the community, respectively.

Consul General Puig said that he considered Ambassador Carlos C. Salinas as the best ambassador to Spain that the Philippines has ever had because of the many milestone achievements that he accomplished during his tenure. One of his extraordinary feats (according to Consul General Puig) was the formation of a unique setup for the Philippine Honorary Consulate General in Barcelona.  He said that Barcelona PHCG is, so far, the only one that blends two organic personnel from the Department of Foreign Affairs with the Honorary Consulate’s own hired staff.

He later introduced Ms. Alexandra Masangkay, a Filipino-Spanish singer and actress, who is currently taking part in the remake of the Spanish movie Los Ultimos Filipinas. 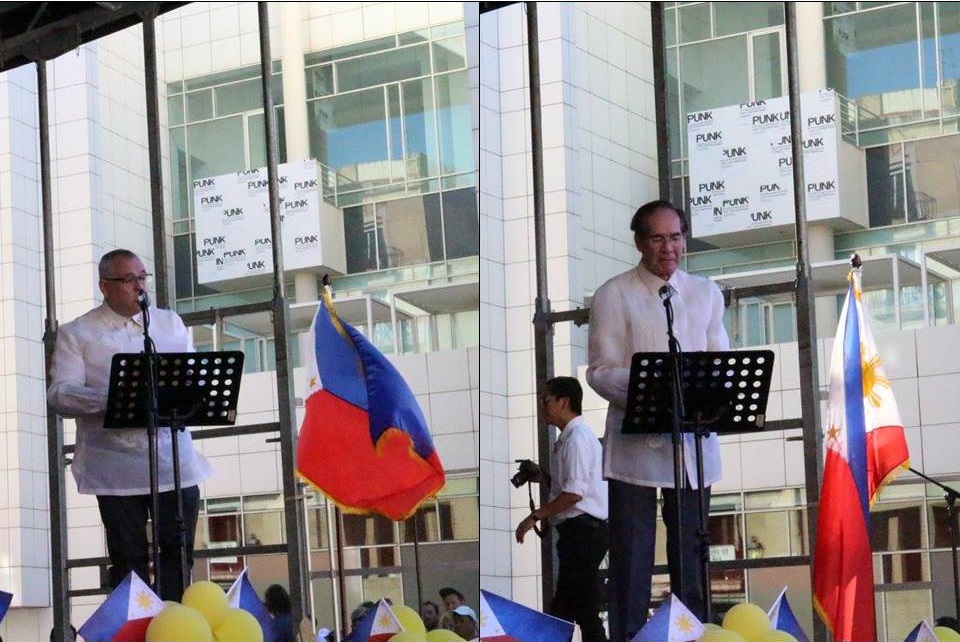 In his message, Ambassador Salinas commended the Filipino community in Barcelona for the support and cooperation given to the Embassy. He said that this year’s Kalayaan  theme (¨Pagkakaisa, Pag-aambagan, Pagsulong) are the traits and values that Filipinos have, along with Bayanihan and Pakikipag-kapwa, which are intrinsic to their success and victory as a people and as a nation.

Aside from the celebration of the 118th Philippine Independence Day, the birth of the national hero, Dr. Jose Rizal, on 19, and the 14th Philippine Spanish Day on 30 are being celebrated in the month of June also

The event was more enliven with the presence of Philippine young stars, Daniel Padilla and Kathryn Bernardo, and other artists for the shooting of their upcoming movie. 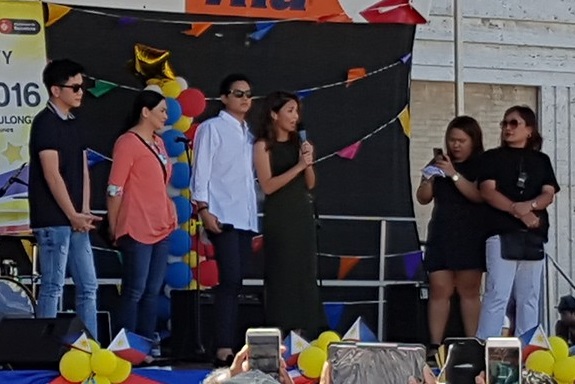 Young stars, Daniel Padilla and Kathryn Bernardo, greeting the Filipino community before the shooting of their movie at Plaza dels Angels. 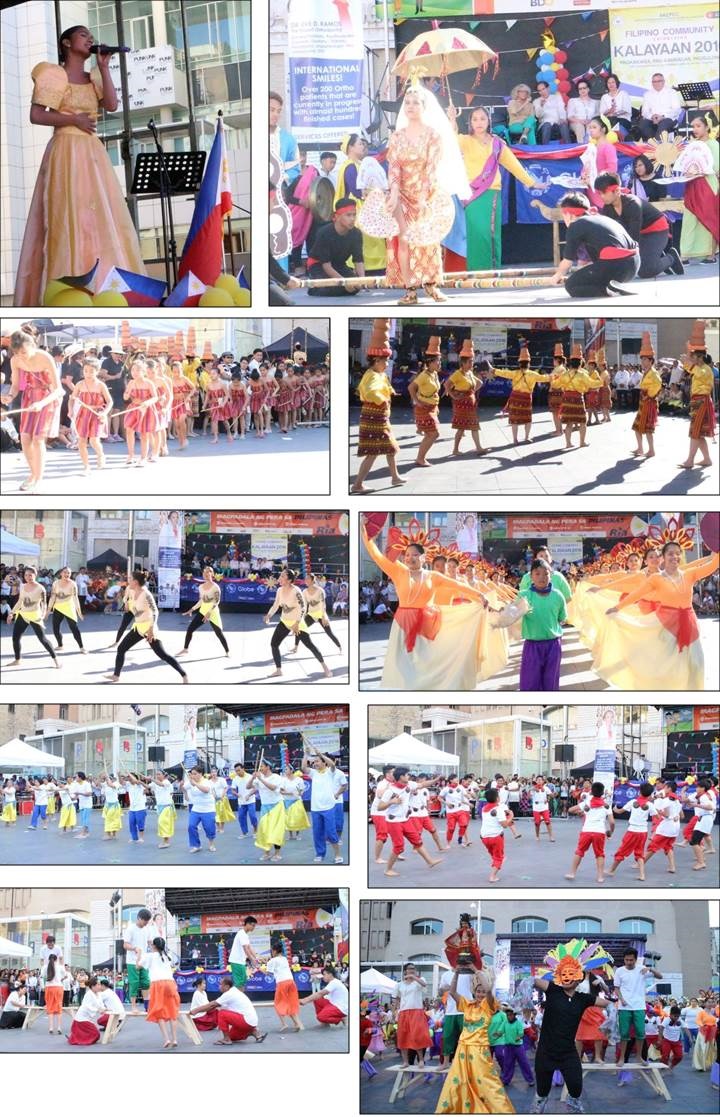 Clockwise from left: Ms. Alexandra Masangkay singing the theme song of Los Ultimos de Filipinas, a Spanish movie classic which is currently being remade, and where she is one of the characters; Singkil by Saint James the Lesser Community and the Fiesta Filipina Association; Mangyan Dance by Oriental Mindoro Association (OMA); Banga Dance by KALIPI- BIBAK Association; Pintados by Asociacion BIsayan Ug Mindanaoan en Espanya (ABME); Sinulog Dance by KALIPI-Vismin; Sakuting by ABME; The Maglalatik Dance by CFC – Youth For Christ/Sant Pau Jade Taekwondo; and Sayaw sa Bangko by Sant Pau Taekwondo and the Grand Finale-Flash Mob.