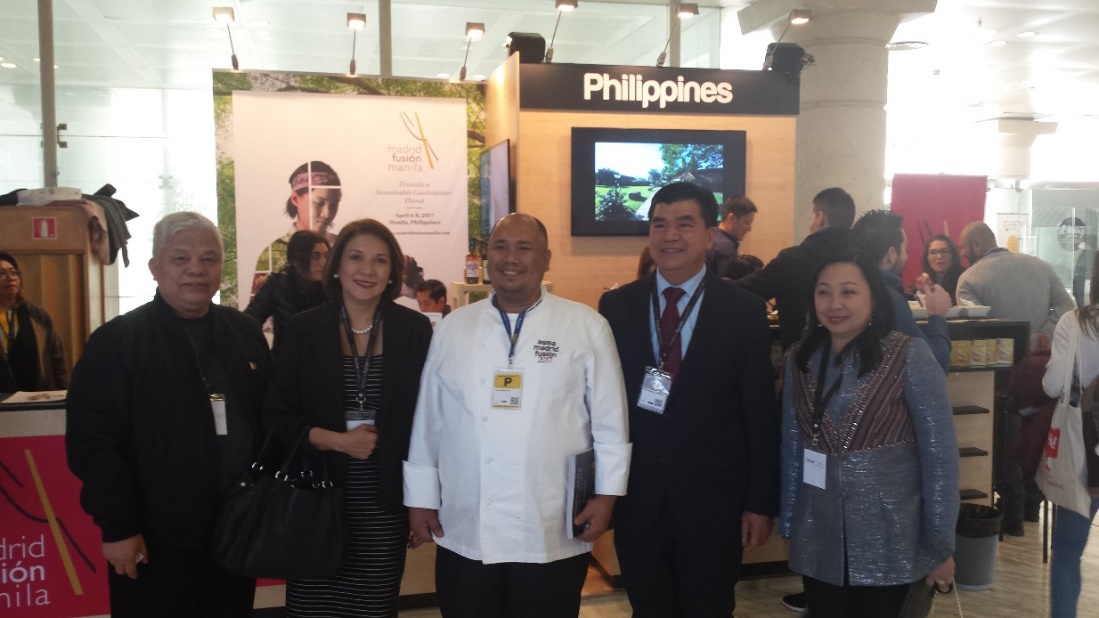 The Philippines showcased its cuisine as an exhibitor in Asisa Madrid Fusión, which was held from 23 to 25 January 2017 at the Palacio Municipal de Congresos.

Guests of the booth were also treated to a sampling of dishes by some of the Philippines´ most sought-after chefs: chicken adobo with heirloom rice by Chef Nina Daza, kinilaw na baboy by Chef Myke “Tatung” Sarthou, and arroz caldo by Chef Angelo Comsti.

Madrid Fusión is an annual event that brings together the latest culinary trends presented by chefs and professionals from all over the world. Aside from a Gastronomy Summit, the event features a host of activities including master workshops, seminars, competitions, food tastings, tributes and auctions.

The Philippines’ participation in Asisa Madrid Fusión forms part of this year’s celebration of the 70th anniversary of the establishment of diplomatic relations between the Philippines and Spain.