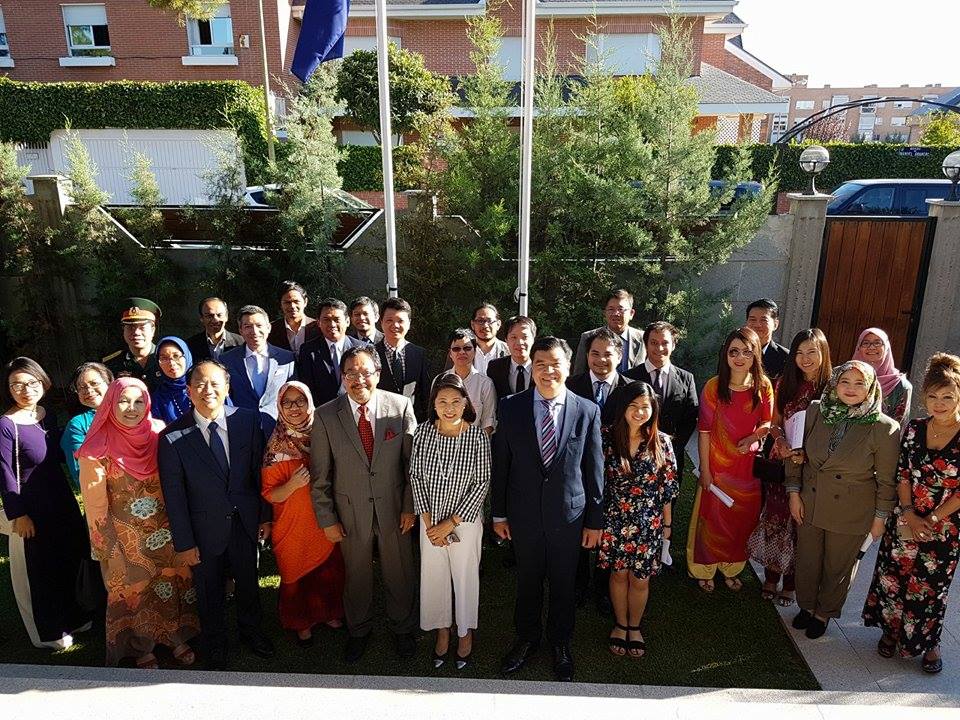 In celebration of the 50th anniversary of the foundation of ASEAN, the Embassy of Malaysia (which is the current Chair of the ASEAN Committee in Madrid) organized and hosted an ASEAN flag raising ceremony attended by the Heads of Mission and other officials of all ASEAN countries with resident embassies in Spain (namely, the Philippines, Indonesia, Thailand and Vietnam).  Charge d’Affaires Emmanuel R. Fernandez and Vice Consul and Third Secretary Ralf G. Roldan represented the Philippine Embassy in the occasion. 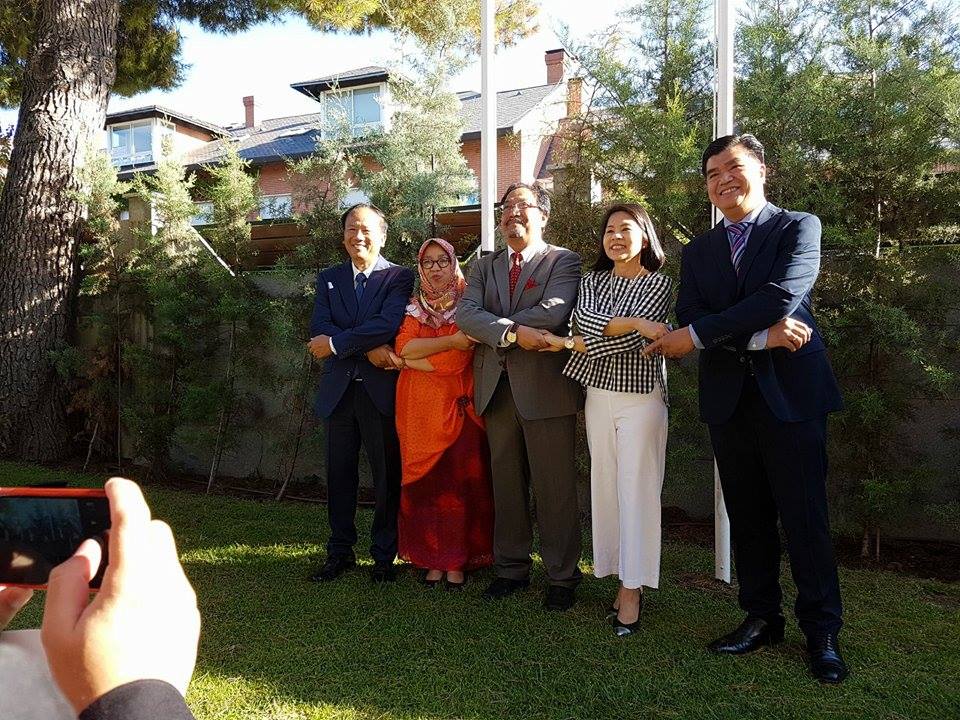 To highlight the importance of the occasion, nationals from the different ASEAN countries representing the student and professional sectors were also invited.  Madrid-based Filipino novelist Enrique Macachor and Filipino student Naomi Mari D. Albania represented the Philippines’ professional and youth sectors in the event. 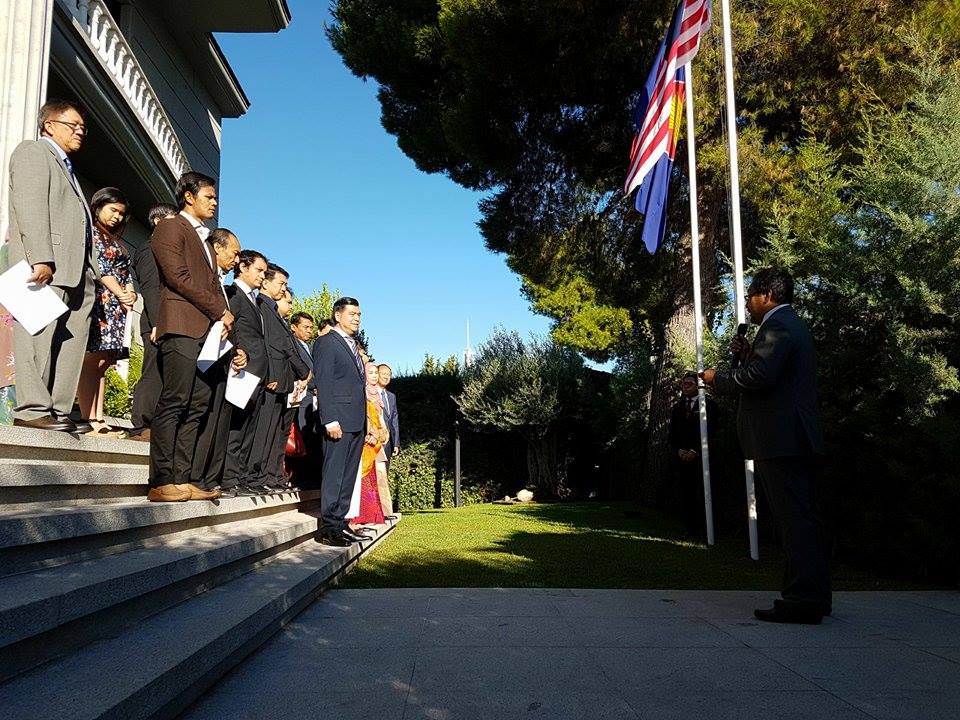 In his remarks as Chair of the ASEAN Committee in Madrid, the Malaysian Ambassador, H.E. Zainal Abidin Bakar, highlighted the accomplishments of the ASEAN during the last fifty years and urged his colleagues to continue doing their share in making the ASEAN realize its goals and objectives.  Refreshments consisting of Malaysian native delicacies were served after the official ceremonies.