The Philippine Embassy assumed the chairmanship of the ASEAN Committee in Madrid (ACM) in an official turnover ceremony held on 22 January 2018 at the Philippine Ambassador´s official residence.

Ending his six-month stint as chair, Malaysian Ambassador to Spain H.E. Zainal Abidin Bakar handed over the ASEAN flag to Ambassador Philippe J. Lhuillier in a simple ceremony which signaled the start of the six-month chairmanship of the Philippines.  Ambassador Lhuillier immediately chaired the first working meeting of the year after the ceremony.

“I am excited about what we can do to further enhance the visibility and importance of the ASEAN to the Spanish Government, and to expand the areas of our cooperation with Spain. My chairmanship shall be characterized by consensus-building and by a collaborative approach,” Ambassador Lhuillier said in his acceptance speech.

During the meeting, the ACM formulated its lineup of activities for the first half of the year and underscored its priorities, drawing up projects that shall promote ASEAN and establish greater regional linkages with the host government.

Under Ambassador Lhuillier´s  chairmanship, the ACM will conduct a series of joint calls on  host government officials and engage other ASEAN Committees in Third Countries in Europe. Plans for an ASEAN Film Festival and inclusion of ASEAN dialogue partner missions in Madrid in ACM activities were also laid out.

At the working lunch, the ACM Ambassadors were joined by Mr. David Navarro García, Director General of Casa Asia, the Spanish government institution created to strengthen  knowledge and dialogue about Asia in Spain. The ambassadors and Mr. Navarro exchanged views on how to harness the potentials of Casa Asia in promoting the cultural, linguistic, and economic thrusts of the ASEAN missions in Spain.

The ACM is composed of all ambassadors of ASEAN countries with embassies in Madrid, namely, the ambassadors of Indonesia, Malaysia, Philippines, Thailand, and Viet Nam. 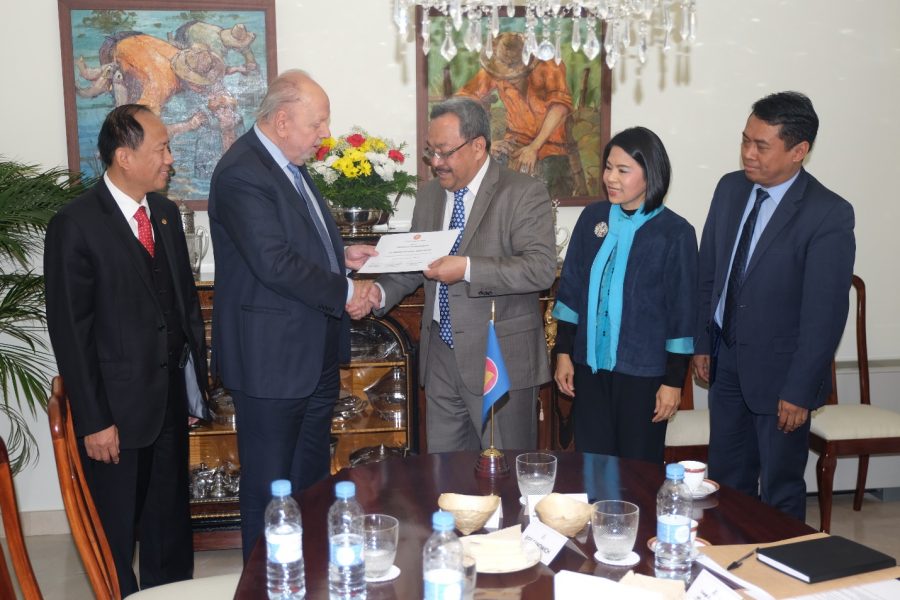 Ambassador Philippe Lhuillier awards a certificate of appreciation to Malaysian Ambassador Zainal Abidin Bakar for his chairmanship of ACM as other ASEAN Heads of Post look on. 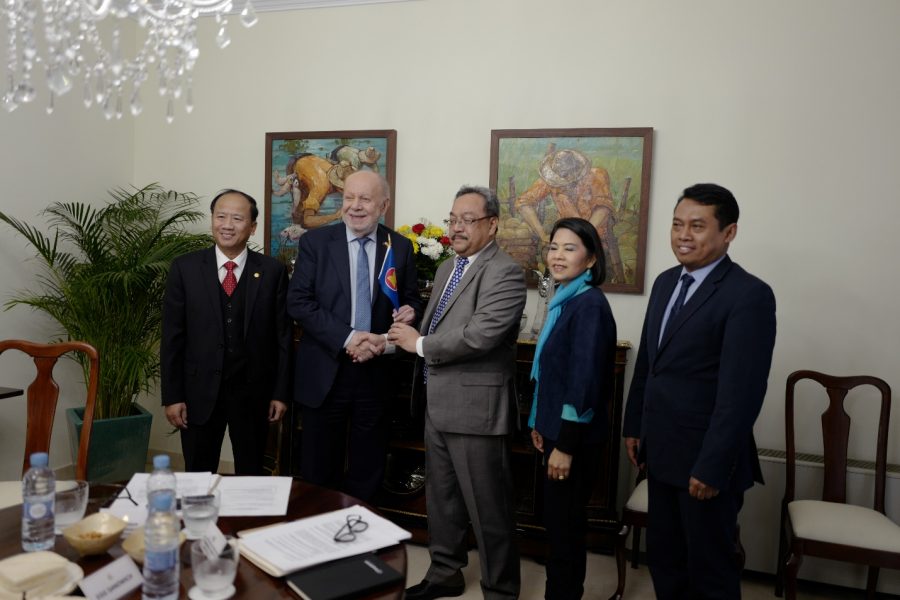 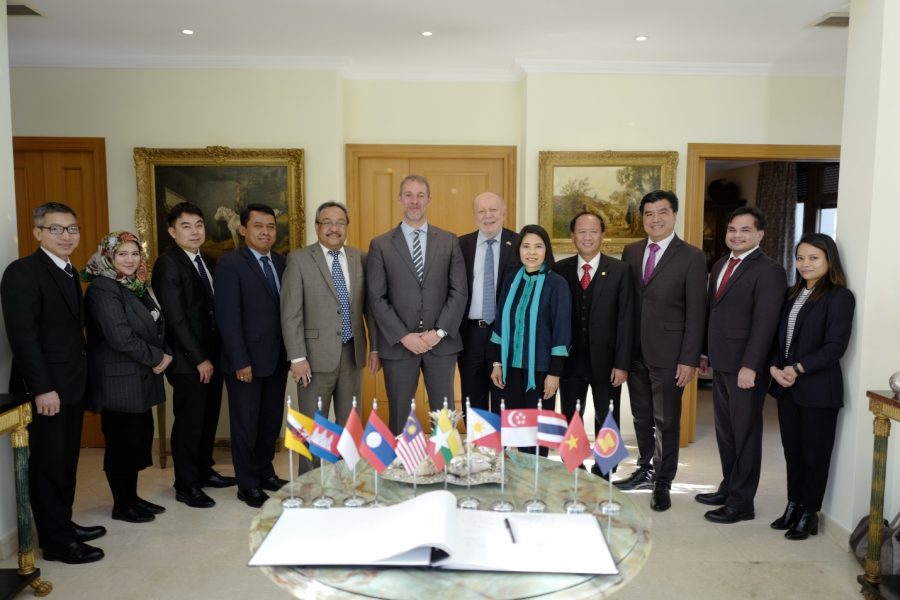 Mr. David Garcia of Casa Asia (center) is together with the ASEAN Committee in Madrid during the inaugural meeting of the Philippine chairmanship of ASEAN held at the residence of Philippine Ambassador Philippe Lhuillier.