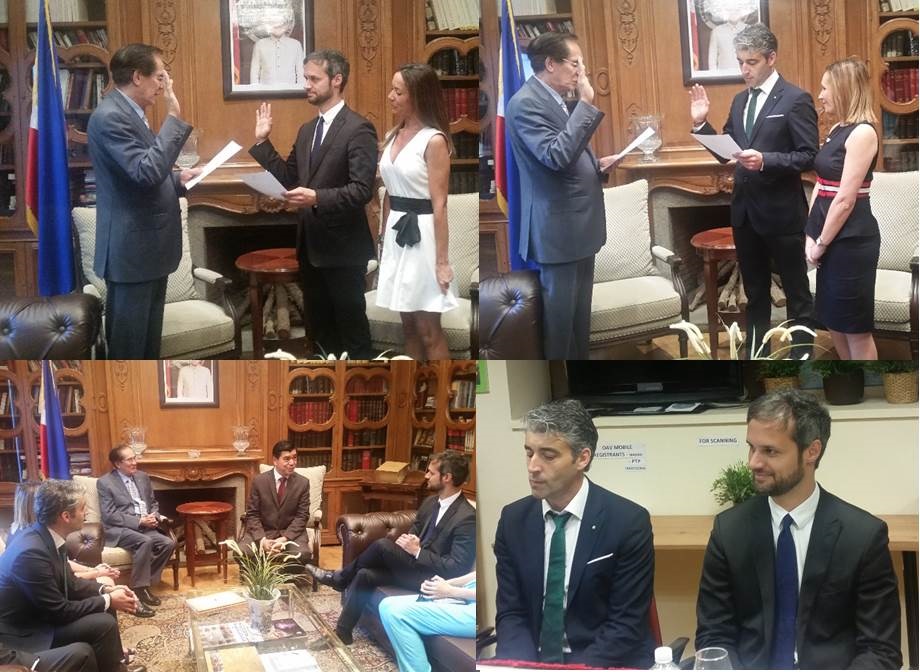 The Ambassador encouraged the new Honorary Consuls to uphold their oath to promote the interests of the Philippines and safeguard the rights and welfare of Filipino nationals in their areas of jurisdiction.

The provinces of A Coruña, Lugo, Ourense and Pontevedra will comprise the jurisdiction of Mr. David Garcia Pena, who is a highly regarded Spanish businessman.

The appointment of Messrs. Martin and Garcia highlights the Embassy´s commitment to further broaden its reach and vigorously promote Philippines trade and tourism; strengthen our cultural, political and economic cooperation with Spain; and advance the interest of overseas Filipinos in Spain.

The formal public opening of the Philippine Consulates in Palma de Mallorca and Vigo will be announced later.