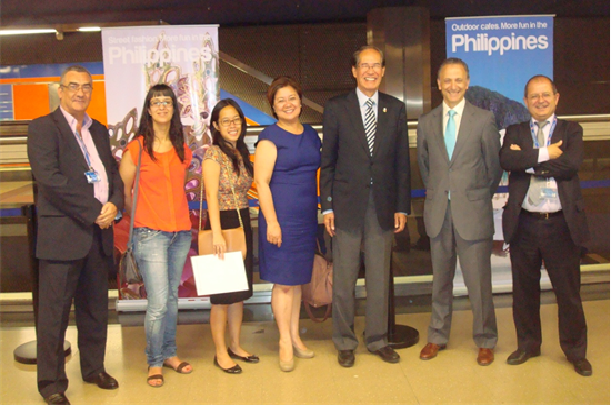 25 June 2012 – The Philippine Embassy in Madrid reported that Ambassador Carlos C. Salinas opened today the “It’s More Fun in the Philippines” exhibit in Metro Islas Filipinas station near the Rizal Monument in Avenida Filipinas in Madrid.

The exhibit, which will run from 25 June to 07 July 2012, is part of the Embassy’s efforts to reenergize and galvanize interest in the Philippines as a tourism destination that offers something familiar and at the same time unique and exotic to Spanish travellers.

Ambassador Carlos C. Salinas hopes that said exhibit will be the first of many in the various Metro stations in Madrid and will help create an interest in the Philippines as a tourism destination.