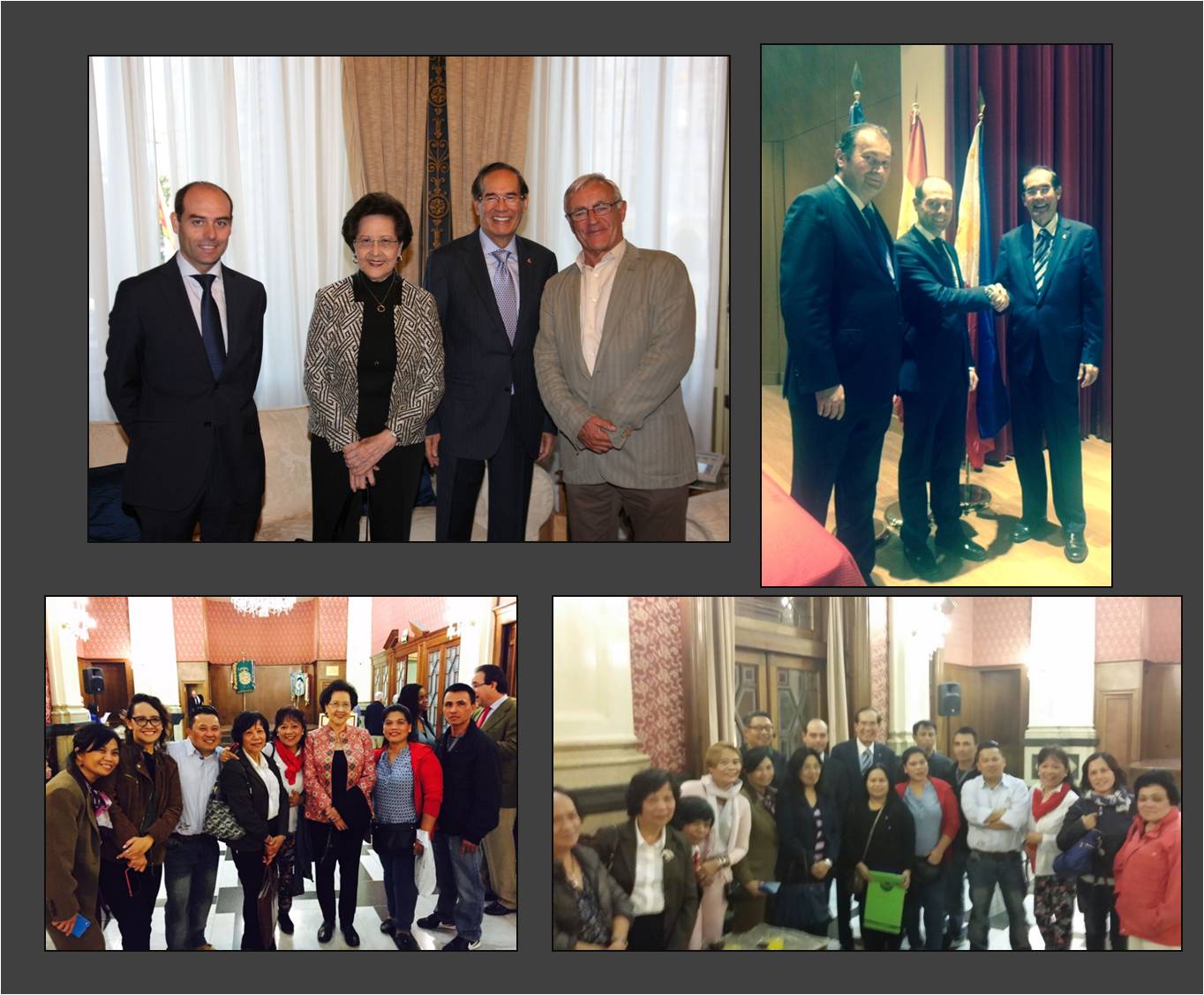 Ambassador Carlos C. Salinas and Mrs. Isabelita T. Salinas graced the official inauguration of the Philippine Honorary Consulate in Valencia under the mandate of Mr. Manuel Carrión Sanchez, new Philippine Honorary Consular Officer to Valencia. The ceremony was held at the Ateneo Mercantil de Valencia on 06 November 2015 with the presence of the officials of the region, members of the consular corps in Valencia and members of the Filipino community in Valencia and Alicante, which is a two hour-drive to Valencia.

Ambassador Salinas reiterated the support of the Embassy to Mr. Carrión in the fulfillment of his duties. He also expressed his confidence that with Mr. Carrión´s professional experience and character, he will be able to perform his duties with excellence. He also emphasized to the guests that the re-opening of the honorary consulate office in Valencia is a manifestation of the Philippine government´s continued commitment to further reinforce links between the Philippines and Spain, and an affirmation of its commitment to protect the rights and promote the welfare of the Filipinos abroad.

In his remarks, Mr. Carrión expressed his appreciation to the Philippine Government for entrusting to him the mandate of looking after the welfare of Filipinos in the autonomous region of Valencia which covers Albacete, Alicante, Castellón and Valencia. He further stated that it is an honor for him to be named an Honorary Consular Officer of the Philippines, a country that Spain considers a close friend. He also expressed his commitment to partner with the Embassy in the promotion of the Philippine economy, culture and tourism in the areas of his consular jurisdiction.

Mr. Carrión is a PhD candidate in Administrative Law and holds a Diploma in Advanced Studies as well as a Bachelor’s Degree in Law, all from the esteemed Catholic University of Valencia. In 2004, he founded his own law firm, where he practiced criminal and civil law. In his private practice, Mr. Carrión has seen much success in the practice of family law.

Today, the Embassy has a total of 7 honorary consulate offices all over Spain; namely, Barcelona, Bilbao, Cadiz, Malaga, Palma de Mallorca, Seville, and now in Valencia. Valencia, the capital of the Autonomous Community of Valencia, is the third largest city in Spain after Madrid and Barcelona. It also has the fifth busiest container port in Europe.

Prior to the inauguration, Ambassador Salinas and Consul Carrión paid a courtesy call on the Mayor of Valencia, Joan Ribó Canut. They all agreed to work together to further strengthen the relations between the Philippines and Valencia.