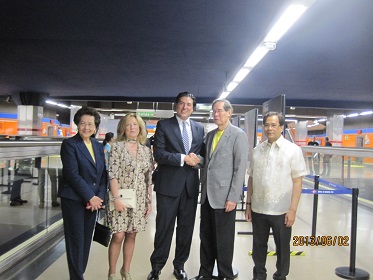 03 June 2013 – The Philippine Embassy in Madrid reports that Philippine Ambassador to the Kingdom of Spain Carlos C. Salinas inaugurated the dive exhibit entitled “Buceo: Es Más Divertido en Filipinas” (Dive: It´s More Fun in the Philippines) in Metro Islas Filipinas in Madrid on 02 June 2013.  The inauguration was attended by Metro de Madrid officials, members of the Filipino community, and Embassy officials and staff.

The dive exhibit, which was organized by the Embassy in coordination with Metro de Madrid and the Department of Tourism (DOT), will run from 01 June to 30 June 2013 and is one of the Embassy´s activities for Mes Filipino.  After 30 June, the exhibit will move to other metro stations in Madrid. 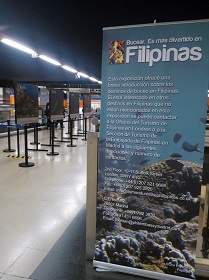 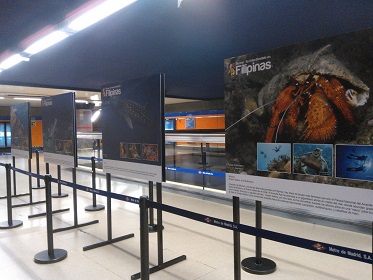 The said exhibit is part of the Embassy´s efforts to increase tourism arrivals from Spain.   It is roughly estimated that 40%-50% of all tourism arrivals from Spain are divers based on the consolidated figures reported by top Spanish dive operators.  For the first quarter of 2013, there had been a 9.68% increase in Spanish arrivals to the Philippines compared to the same period last year.  Total Spanish arrivals to the Philippines for 2012 reached 15,985 which represent an 8.51% increase from 2011.

Mes Filipino is a month-long celebration organized by the Embassy in June of each year to commemorate the anniversary of the Proclamation of Philippine Independence and Philippines-Spain Friendship Day through cultural activities such as exhibits, seminars, concerts, food festivals, etc. 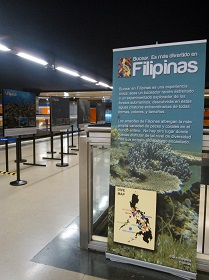